INTRODUCTION: In 1884, a Danish botanist named Hans Christian Gram developed the popular staining technique known as the “gram stain”. His background in studying plants at the University of Copenhagen introduced him to observing different tissues under a microscope, and thus propelled his interest in pharmacology. After Gram graduated from medical school, he began his professional career studying red blood cells and eventually became interested in observing the lung tissues of infected pneumonia patients. While observing the lung tissues under the microscope, Gram noted that only some of the bacterial stains were being retained by the bacterial cells (1). In an effort to understand why only some of the stains were being retained, Gram developed a 4-step staining procedure that has become one of the most widely-used staining procedures by microbiologists today.

To understand how Gram’s staining technique works, one must first consider the structures of the bacteria that are being stained. One distinguishing feature of most bacterium is their cell wall. The cell wall, and more specifically the amount of peptidoglycan that makes up the cell wall, is the determining factor that distinguishes if a bacterium is gram positive or gram negative. Gram positive cell walls contain a thick mesh-like unit composed of mostly peptidoglycan. This thick layer allows the bacterium to retain the crystal violet iodine complex that forms during step 2 and stains the cells the distinguishable purple color. The gram negative cell walls have a significantly thinner layer of peptidoglycan that ultimately is not able to retain the crystal violet iodine complex during the decolorizing alcohol rinse that is administered during step 3 of Gram’s staining procedure. The different dyes that are used in Gram’s 4-step staining process all serve specific roles in staining the peptidoglycan of the cell walls, and the thickness of the peptidoglycan relates to which dyes will be able to adequately stain  those layers (2).

The first step in the Gram-staining procedure is to “flood the heat-fixed smear(s) with crystal violet for 1 minute” (3). The purpose of first staining the smears with this water-soluble, basic dye is because crystal violet stains both gram negative and gram positive bacteria. Once this dye has been applied, sat for 1 minute, and then washed off with water, both the gram positive and negative cells will appear purple. The second step is to flood the slides with iodine solution and let it sit for one minute. The purpose of using the iodine solution is to allow an insoluble crystal violet iodine complex to form. The iodine serves as a mordant. A mordant can be explained as anything that helps the dye bond to the bacteria and deepen the reaction of the crystal violent dye (K. Rudolph [Clemson University, Clemson, SC], personal communication).

After rinsing the iodine off with water, the third step is to “add alcohol to the bacterial smear until the alcohol drops run clear”. This very important step is the differential step that deciphers which bacterial cells are gram positive or gram negative. During this step, the gram-positive cells will retain the crystal violet iodine complex to keep their distinctive purple color, and the gram negative cells will be washed colorless because the peptidoglycan cell membrane is too thin to retain the dye. The final step in this procedure is to “gently wash off the alcohol with water and add safranin to the smear for one minute.” Safranin serves as the counterstain that will turn the colorless gram negative bacteria pink so they will be able to be viewed under a microscope. The safranin will not affect the purple color of the gram positive bacterial cells (3). Overall, this 4-step procedure is necessary for determining which bacterial cells are gram positive or gram negative. This is important to microbiologists and doctors to know because based on if the cell is gram positive or negative determines if the bacterium potentially could have pathogenic properties. Gram negative bacterium are more likely to enable bacteria to cause disease (4).

After learning the correct 4-step Gram Staining procedure, an experiment was conducted to determine if three bacterial strains are gram positive or gram negative. The purpose of the experiment is to determine if the bacterial strains Micrococcus luteus, Escherichia coli, and Serratia marcescens are gram positive or gram negative. The materials and methods used, results of the experiment, and discussions of the findings will be discussed in this lab report.

RESULTS: After completing the experiment, it was concluded that M. luteus is gram positive and E. coli and S. marcescens are gram negative. As indicated in the student notes, the first slide that was prepared using aseptic technique and the Gram Staining method was a slide containing cultures of M. luteus and E. coli. When examining this slide under the microscope at 1000X magnification, I observed some clusters and mostly doubles of cocci-shaped purple colonies. I also observed some clusters and mostly double rod-shaped colonies colored pink. Refer to Figure 1.0 for the observations.

The second slide that was prepared included M. Luteus and S. marcescens. When observed under the microscope at 1000X magnification, clusters of small cocci colonies that were a purple color were seen. Additionally, there were pink rod-shaped double-clusters shown on the slide. Refer to Figure 2.0 for the observations.

Finally, the third slide containing a mixture of E. coli and S. marcescens displayed arrangements of scattered rods and some clusters of bacilli when observed using the microscope at the 1000X magnification. This slide was different from the first two slides because there was no indication of gram positive bacterium because there was not presence of purple-stained bacteria anywhere on the slide. Refer to Figure 3.0 for observations. 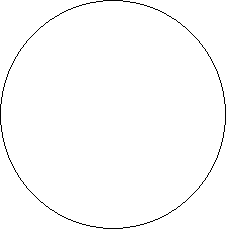 Figure 2.0: Gram stain of a mixture of M. luteus and S. marcescens observed at 1000X magnification

Figure 1.0: Gram stain of a mixture of M. luteus and E. coli observed at 1000X magnification

Figure 3.0: Gram stain of a mixture of S. marcescens and E. coli observed at 1000X magnification

DISCUSSION: The cellular structure of gram positive and gram negative contributes to the staining properties in the sense that the colored dyes will stain the peptidoglycan components of the cell wall. Gram positive bacteria have a much thicker peptidoglycan layer than gram negative bacteria, so the dyes (specifically iodine and alcohol) serve very important roles to determine if the peptidoglycan layer will be able to retain the dye due to their thick layer or be washed off.

The results of the experiment concluded that M. luteus is gram positive and E. coli and S. marcescens are gram negative. This inference was made because slide 3 that contained E. coli and S. marcescens displayed only gram negative bacteria because the image viewed under the microscope was a pink color. Since M. luteus was not on slide 3 and was on the other two slides that presented the distinguishable purple color, it is concluded M. luteus is the gram positive bacteria.

The observations of the slides under the microscope were expected when completing this experiment. Viewing the distinguishable pink and purple colors that correspond with determining if the bacteria is gram positive or negative was an expected observation to see assuming the Gram Stain procedure was done correctly. Based on the combinations of at least two different bacteria on each slide, conclusions on which bacteria was gram positive was possible by recording the observations and using process of elimination.