Invertebrates are classified in relation to their lack of backbone or spinal column. A few distinguishing characteristics of invertebrates include distinctive respiratory organs, segmentation, radial and bilateral symmetries, and body organization.

The objective of this lab is to dissect and examine the squid and earthworm. During the dissection, we were to detect and recognize any and all major external and internal features and structures of the two species. Also during this lab we were to comprehend and practice fundamental methods of dissection procedures and terminology. 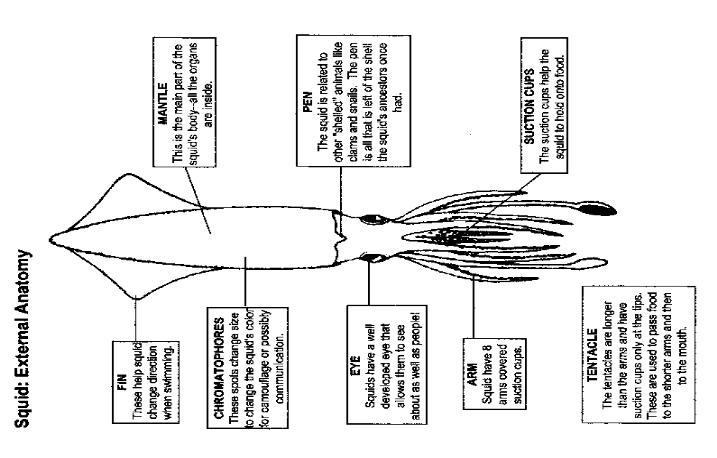 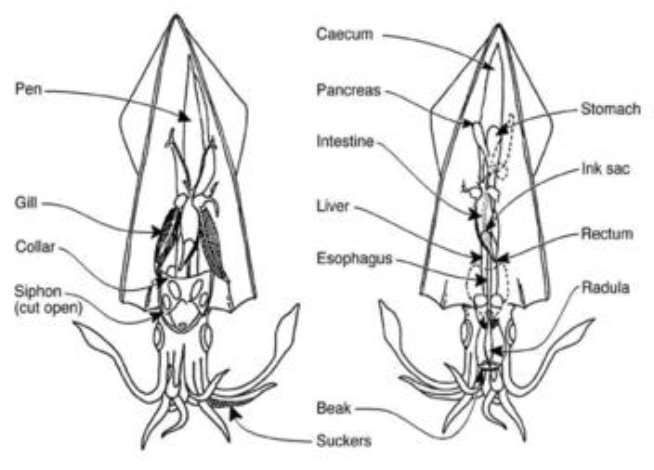 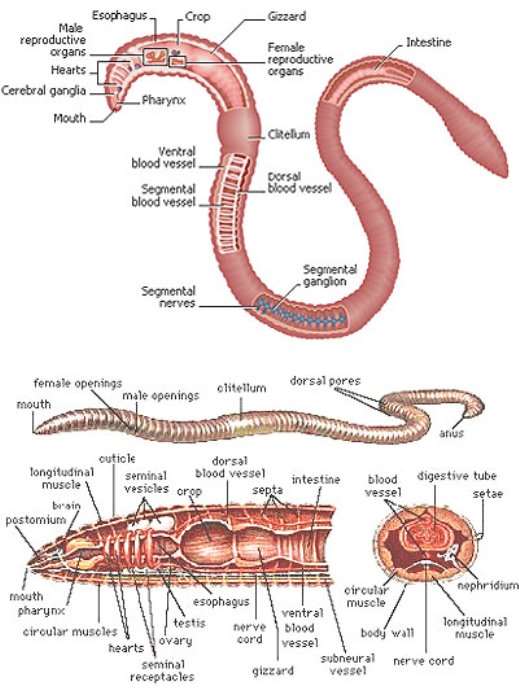 Squids have three hearts, one at the base of each gill. The gill hearts receive blood that is rich in oxygen from the blood vessels and then pump the blood back into the systemic heart which serves the internal organs and the mantle (Hotchkiss, Wilkes, & Ridenour, 2004).

The skin of the squid is lined with chromatophores which consist of sacks of pigment that can be used to hide or show a given color. These chromatophores are generally used to create patterns that form communication among other squid (Project Oceanography, 2001). For defense, squids tend to squirt ink out of their ink sacs when panicked. This ink also contains a chemical that acts as a warning sign for other squids in the area (Project Oceanography, 2001).