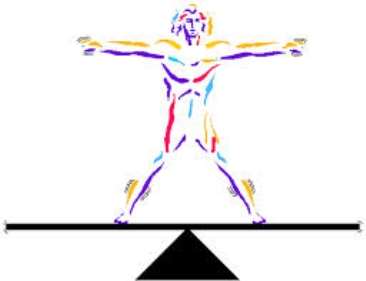 Homeostasis is the maintenance of a constant internal environment (Splash ABC, 2013 ). The internal environment is cells within the body that are all bathed in tissue fluid to function the best they can. The cells are maintained at a certain pH, temperature, water, solute and ion balance (seattlecentral, 2006). It is also known as a self-adjusting mechanism involving feedback. Through human homeostasis, the body regulates its inner environment to maintain the stability in response to fluctuations in the outside environment and the weather. The body functions that help to maintain this is the brain, kidney and liver. The responsibility of the kidneys is to maintain the levels of salt and ions in the blood re-absorb substances into the blood and to regulate the blood’s water levels (seattlecentral, 2006). As for the liver, it is responsible for metabolizing toxic substances and maintaining carbohydrate metabolism. Maintaining the constant internal environment is important as it keeps the body functional and healthy to avoid diseases.

There are physiological differences between the heart of a man and the heart of a woman. The heart of a woman is on an average about twenty-five per-cent smaller than a male’s heart (Warren Rosenberg, 2013). However when comparing the structure and function of a woman’s heart it is commonly the same state (Warren Rosenberg, 2013). As it is known that males have a larger heart size, this means the capacity of heart volume will be greater than a woman. This means the man’s heart will have a benefit of pumping blood more easily. Inside a man’s blood it is factored that the blood carries around 10% more oxygen than a woman (Warren Rosenberg, 2013). This is why men have an advantage through sport such as being stronger and faster. Response to stress effects the differences in the heart rate between female and male as studies have shown in the past(Warren Rosenberg, 2013). Heart rate monitors were introduced for this particular reason to be designed to measure. As the male will have a larger heart rate, the pumps of blood will be slower than a female’s heart which means the female’s heart will pump at a faster pace which will determine the temperature of the body when doing exercise.

The regulation of body temperature is one of the most important examples of homeostasis. Within animals, not all animals can do this physiologically (IHW, 2006). Endotherms are animals such as birds and mammals usually maintain a fair constant body temperature. They will normally maintain their body temperature at around 35-40 degree which is also known sometimes as warm-blooded animals (IHW, 2006). Within humans in the hypothalamus, the temperature is controlled by the thermoregulatory centre. A human core body temperature is normally thirty seven degrees (IHW, 2006). It will maintain this temperature no matter what the surroundings levels are. This is controlled by a negative feedback system. The temperature-regulating centre of the brain is the hypothalamus. The receptors within the hypothalamus are sensitive with temperature with blood flowing through the brain. (IHW, 2006) The receptors in the skin can also transfer message or feedback to the hypothalamus through the skin surface. If the body turns cold, small hairs around the skin are raised by small muscles which are known as goose bumps, trap a layer of air as this helps to keep heat in. If the body is too hot, the skin capillaries will dilate which is known as (vasodilation) (ABPI, 2014). The hairs of the body will stay flat to avoid insulating air. This is when sweat occurs as it will reduce the body temperature. Sweat contains mainly water as well as a minimum amount of salt. (ABPI, 2014)

Exercise creates metabolic heat which raises the body’s temperature. This is known as a stimulus. A stimulus is any physical or chemical change in the environmental capable provoking a response in an organism. It may either be external (outside the organism) or internal (inside the organism). Cooling mechanisms such as vasodilation (flushed skin and sweating begin (the response); the body temperature will eventually fall.

To determine whether the effects of homeostasis after exercise will either be similar between male and female or will be different.

It is hypothesised that between male and female’s effects of homeostasis after exercise, the male will have a lower heart rate and breath rate when compared to a female’s as well as a faster recovery rest rate.

Controlled variable- Environmental conditions in the room where the treadmill is located must be controlled. This includes temperature ( ) pressure, humidity and visual interface. This can be applied by being in the same room for both female and male participants when resting and running. Also the participants must also be controlled as it allows the participants to record consistent results as the duration of the trials will be strictly controlled with the environment around them

Warren Rosenberg. (2013, Unknown Unknown). What is the difference between male and female heart rates. Retrieved February 20, 2014, from Living strong: http://www.livestrong.com/article/208145-what-is-the-difference-between-male-female-heart-rates/