Epilepsy is the oldest known brain disorder dating back as early as 2080BC (Cascino et al., 1995). It was first identified as a disease by Dr Jon Hughlings Jackson in 1880 who defined it as “An occasional, sudden, massive, rapid and local discharge or the grey matter” (Scott, 1978). This definition has been confirmed 50 years later by Electroencephalography. A more recent definition was devised stating “Epilepsy is a neurological disorder in which the nerve cell activity in your brain is disturbed, causing a seizure during which you experience abnormal behaviour, symptoms and sensations, including loss of consciousness.”(Scambler, 1989)

Worldwide, it is estimated that there are 65 million people living with epilepsy with almost 80% of the cases reported occurring in the developing world (Ngugi et al., 2010). Within the UK, the prevalence is between 1 in 40/70,000 which equates to 3% of the population will develop epilepsy in their lifetime.

Recurrent seizures are the hallmark characteristic of an epileptic. If an individual has one seizure early in their lives then none thereafter, they are said to have had an epileptic seizure but do not suffer from epilepsy. (Duncan et al., 2006)

A seizure is abnormally excessive neuronal activity localised to a particular area of the brain known as the cerebral cortex causing a disruption to normal brain function. These cortical discharges will transmit to the muscles causing convulsions or commonly referred to as a fit. 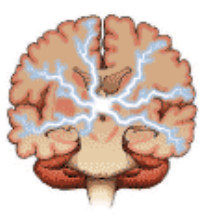 Figure 1 – Generalised seizure with neuronal activation in both hemisphere

Classifying seizures is done based on the site of the brain which the seizure begins. This will be either; Partial – where the onset of seizure is localised to one part of the hemisphere (fig. 1), Generalised – where the onset of the seizure is across both hemispheres (fig. 2) or Secondary generalised – where a partial seizure later spreads to involve the majority of the 2 cerebral hemispheres (Duncan et al., 2006). 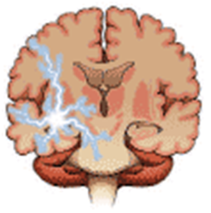 Figure 2 – Partial seizure with neuronal activation in one hemisphere

The International League Against Epilepsy (ILAE) have defined 6 main types of seizures: Clonic, Tonic, Tonic-Clonic, myoclonic, absence and atonic (Solodar, 2014), with all having the shared characteristic of syncope.

Tonic-clonic seizures (grand mal seizures) are the most common and typically last 30 seconds with an initial back arching motion (tonic phase), followed by severe shaking of body limbs (clonic phase) in which sufferers can become incontinent and bit their tongue (fig. 3).

Myoclonic seizures consist of muscle spasms throughout the body, while absence seizures only display mild symptoms such as a slight head turn or repetitive eye blinking (Engel and Pedley, 2008). 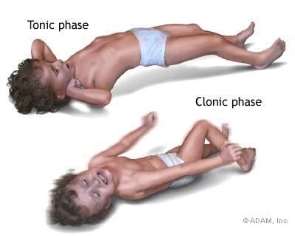 Figure 3 – Tonic and Clonic phases of a seizure

Majority of cases are termed idiopathic, meaning there is no known reason for the disorder in that individual. The difference in causes amongst the general population can be seen in figure 4.

Genetic factors can causes epilepsy as can environmental factors. In general it is a combination of the two which go on to cause someone to become epileptic. Over 500 genes have been identified to be linked to the disorder if mutated with some making individuals more sensitive to environmental conditions that can initiate seizures (Sanchez-Carpintero Abad et al., 2007).

Some symptomatic causes of epilepsy include; brain tumours, strokes, low oxygen during birth, head injuries during birth or during a person’s lifetime, infections such as meningitis or anything which causes damage to the brain (Chang and Lowenstein, 2003). 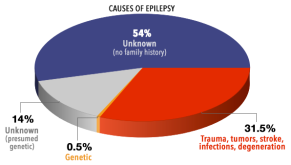 Figure 4 – Causes of epilepsy amongst the general population

Epilepsy is a condition which has a host of causes as have been highlighted. It is the category of seizure within the brain an individual has which will determine the type of seizure they have and the altered body state which is displayed. This can be a very distressing disorder for sufferers as they are unable to control when they have a seizure and could occur at a very dangerous time such as whilst driving. The effective management via medication, surgery or lifestyle changes can reduce a person’s chance of suffering future seizures. Unfortunately in the majority of cases, the cause is unknown. This makes it highly difficult to target the disease for a cure, therefore minimising the probability of a seizure is the next best thing.

Research Notes: Useful book, especially for historical aspects. Uses different terminology for seizures than other material, possibly due to age of print

Research Notes: Good overview of the disorder with relevant sections around the causes

Abstract: The epilepsies are one of the most common serious brain disorders, can occur at all ages, and have many possible presentations and causes. Although incidence in childhood has fallen over the past three decades in developed countries, this reduction is matched by an increase in elderly people. Monogenic Mendelian epilepsies are rare. A clinical syndrome often has multiple possible genetic causes, and conversely, different mutations in one gene can lead to various epileptic syndromes. Most common epilepsies, however, are probably complex traits with environmental effects acting on inherited susceptibility, mediated by common variation in particular genes. Diagnosis of epilepsy remains clinical, and neurophysiological investigations assist with diagnosis of the syndrome. Brain imaging is making great progress in identifying the structural and functional causes and consequences of the epilepsies. Current antiepileptic drugs suppress seizures without influencing the underlying tendency to generate seizures, and are effective in 60-70% of individuals. Pharmacogenetic studies hold the promise of being able to better individualise treatment for each patient, with maximum possibility of benefit and minimum risk of adverse effects. For people with refractory focal epilepsy, neurosurgical resection offers the possibility of a life-changing cure. Potential new treatments include precise prediction of seizures and focal therapy with drug delivery, neural stimulation, and biological grafts.

Research Notes: Had everything covered in good detail.

Title: Estimation of the burden of active and life-time epilepsy: a meta-analytic approach

Short Title: Estimation of the burden of active and life-time epilepsy: a meta-analytic approach

Abstract: To estimate the burden of lifetime epilepsy (LTE) and active epilepsy (AE) and examine the influence of study characteristics on prevalence estimates.

Abstract: BACKGROUND: The contribution of genetic factors to the origin of different epilepsies is a fact established by epidemiological, clinical, and molecular studies. These studies have made it possible to identify numerous mutations in different genes that cause or predispose to the development of certain types of epilepsy. REVIEW SUMMARY: The study of single-gene epilepsies has contributed relevant data regarding the pathophysiology of epilepsy. Most of these genes encode voltage- or ligand-gated ion channels. Other single-gene epilepsies are related to mutations that provoke alterations in neuronal maturation and migration during embryonic development. Nevertheless, the most common forms of epilepsy are not caused by single mutations but by a combination of polymorphisms, most of which are unknown, that generate an alteration in neuronal excitability. In some syndromes, genetic alterations and their consequences have made it possible to explain the therapeutic response to different drugs. Therefore, the progress being made in genetics is changing the classification and diagnosis of epilepsy; moreover, it can sometimes influence the choice of treatment. CONCLUSION: The advances made in genetic knowledge of epilepsy have led to the description of new epilepsy syndromes and to a better characterization of known ones. However, the genes responsible for the most common forms of idiopathic epilepsy remain mostly unknown. This means that for the time being, in clinical practice, genetic diagnosis is limited to uncommon syndromes and to cases in which treatment decisions or genetic counseling can be derived from the diagnosis.

The Experience of illness

Research Notes: Written with the patient in mind but lacks specific scientific data

Research Notes: Very well written with good scientific data to back up claims.

Research Notes: Good summary of definitions around seizures and all terminology within epilepsy