The question that drives everyone insane: which one came first, the chicken or the egg? One always ends up at the same place while thinking over again and again. This is a life cycle of chicken: from egg to chick then hen or rooster. ‘A circle has no beginning’, said by dotty the witch from Harry Potter. It is a no win-win situation, it depends on ones perception and theories. I think it is impossible to answer this question; they both need each other for its success. I think the chicken and the egg exist at the same time; one cannot exist without another. This is a scientific answer I can give but from the viewpoint of a religious person, it will be a chicken that comes first. According to the bible, God created the creature first then come to the egg (Genesis 1:21).

Here is a little information on how the chicken is formed. In all living thing, their DNA revolves around their environment because of the natural selection[1]. In the case of chicken, DNA from the male sperm cell and a female ovum meet and combine to form a zygote[2]. This cell then will be divided again for numerous times to form a complete cell of an animal. In the animal, every cell contains the same DNA and its come from zygote.

Evolutionist claimed that egg came first. They said that birds evolved from reptiles over millions of year so the reptiles laid the egg that hatched as a chicken. The chicken egg should not always contain chicken eggshell and chicken fetus together. It is not necessary to have chicken eggshell and chicken fetus to create a chicken. An egg should be classified by the species that lay it rather than what species it contains.

The question is who generates the eggshell? The fetus has nothing to do with fertilizing the eggshell, if the fetus generates the eggshell then it could be classified as a single entity but there exist unfertilized eggs. So it is proven that the fetus has nothing to do with generating the eggshell. The eggshell is fertilized by the hen only when it is mate with the roosters; see even here it is proven that there would be no fertilized egg unless the hen and the roosters mate so it also means the egg cannot exist without the chicken and the other way round.

According to NPR’s Robert Krulwich and the majority of scientists stated that long time ago there was a chicken-like bird. It was called a proto-chicken. So this is how it goes, proto-hen laid an egg and proto-rooster fertilized it but when the genes combine in a new way, resulting in mutation[3] that make the baby different from the parents. It became a new species called chicken. In the end, two birds which were not a chicken created a chicken egg. She was trying to say that the egg comes first then the chicken. (Breyer)

There is another article that agrees that egg comes first. Modern scientist found out that non- chicken birds can be mix with the chicken, only with a similar physical traits example like horse and donkey and produces mule which cannot produce fertile offspring. They found evidence that the chicken belongs to Galliformes order. This theory was possible because domestic chicken appeared, scientifically known as Gallus Gallus domesticus[4]. So again it is saying that there were the different genetics of different kinds or some call it as variety within species. As this diversity evolved from parents to offspring, eventually non-chicken bird laid an egg containing a chicken. So likely, it is saying the Gallus domesticus egg came first.

Jean- Baptiste Lamark, a French naturalist, he believes that one species developed into another as it changes – evolution. He also believes that the way species change was by developing a feature or different traits and passing on to the future generation. He uses giraffe as an example; he thought that it had come from a smaller antelope that stretched its neck, legs and tongue to feed on trees. These stretch features were then passed on to the offspring and when they stretched to reach higher their necks, legs and tongue became longer and longer. This theory was known as the theory of acquired characteristics. (Riley) 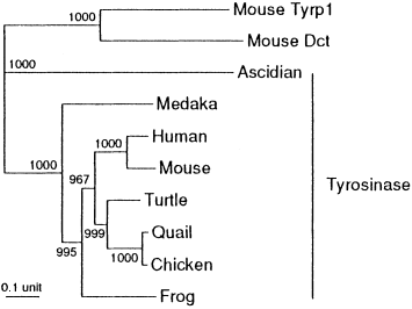 The new knowledge that has been discovered can affect our society for example like religion, to some people religion play a big role in their life. According to bible and most of the religion books, it is believed that God create the creature and science has proven them wrong most of the time so it give them a second thought and people’s believe started to fall apart resulting in confusion whether to believe their religion or science.

On the other hand, it helps the world to progress, without discovering new species and evolution of course scientist and society will not progress. It plays a big role in medical field, we can make medicine out of some species, and this give us advantage and to the scientist and researcher too. Discovering new species mean we must find a way to live with it, this give a society a headache, because the world is developing so which mean deforestation, we need more space for our rapid population, the home to millions of species, so the solution to this might be artificial environment example like bridge connected from one small forest to another, so the animal can cross to another place without interrupting our society. This will be very useful to migrating animal such as Zebra, Elephants and Caribou, this type of animal move long distance for searching food and mating. (Hunter)

[1] The greater chance of passing on genes by the best adapted organism.

[3] Is a change in a gene or chromosome. (Pickering)

[5] An animal with backbone.

[6] A copper-containing oxidoreductase enzyme found in plant and animal tissues that catalyzes the oxidation of tyrosine into melanin and other pigments. (Dictionary)