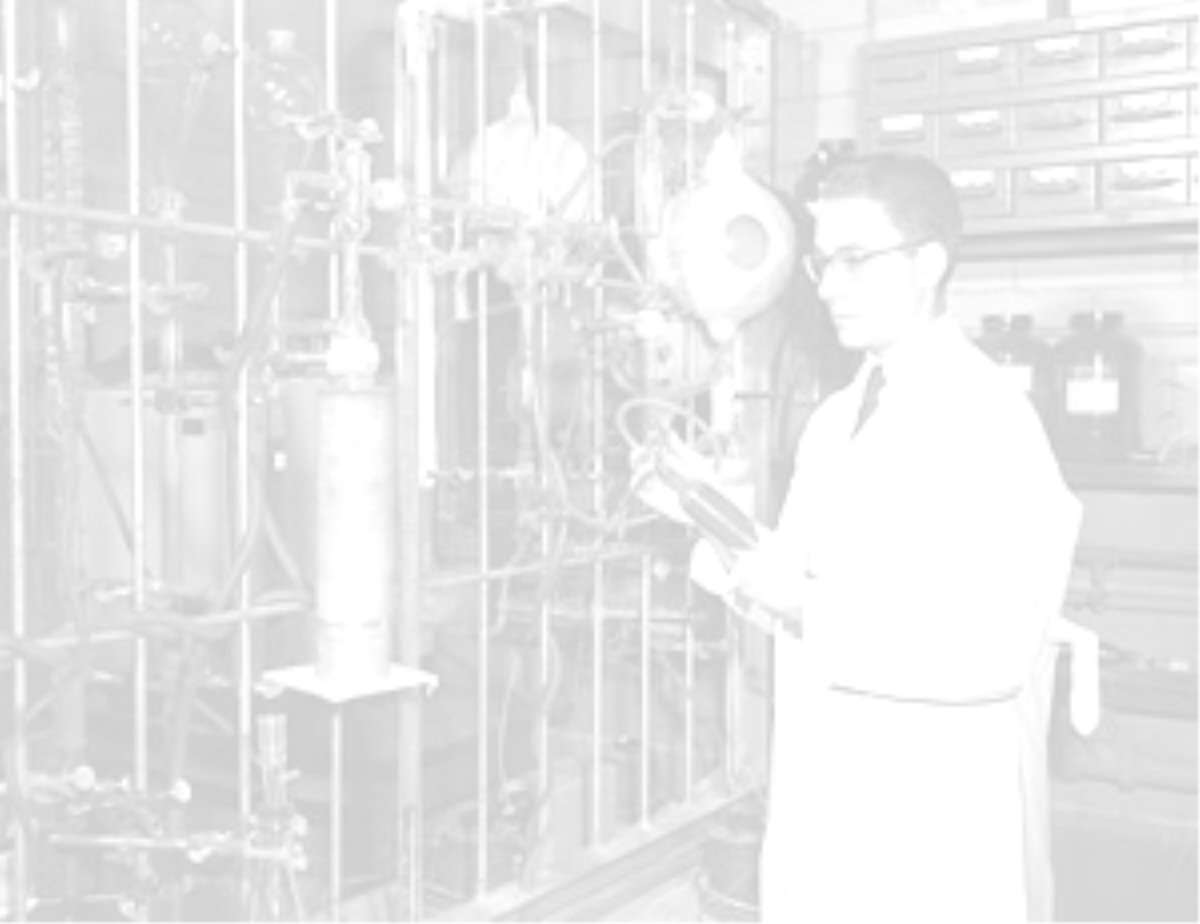 “The origin of life is one of the great outstanding mysteries of science.”

Evolution means an unfolding or unrolling-a gradual orderly change from one form to another. The principle of organic evolution states that all the various plants and animals existing at the present time have descended from other, usually simpler, organisms by gradual modifications which have accumulated in successive generations.

Postulating about the origin of life, in 1855, Virchow stated that ‘omnis cellula a cellula’ implying that new cells can arise only from pre-existing ones, or in other words, life is continuous from the very beginning upto the present day. The continuity of life cannot be disrupted, but at the same time it raises the vexing question that how did the first cell ever appear on Earth? This had two possible answers, namely; panspermia and spontaneous generation. With subsequent reasoning and experiments, these theories were scrapped.

The theory about the birth of the solar system reaped basis for the dawn of life. Scientists like Oparin, Haldane, Bernal etc. postulated theoretically in accordance to, that building blocks of life could be built up by the action of primitive sources of energy upon the ingredients of the primitive Earth.

Their suggestion of the possible steps in chemical evolution which prepared the ground for biological evolution was all theory till now. Experimental proof was to follow.

Calvin’s irradiation set-up of 1951, which gave rise to formaldehyde and formic acid from CO2 solutions, was of one of the first experiments of this kind. Although it holds little importance today since his set-up did not utilize the reducing atmosphere of the primitive Earth. Miller’s publication 2 years later proved the hypothesis that compounds of biochemical importance could be produced in high yields from a mixture of reduced gases.

In 1953, Stanley Lloyd Miller raised the hopes of understanding the origin of life when on 15th May, Science published his paper on the synthesis of amino acids under conditions that simulated primitive Earth’s atmosphere. Miller had applied an electric discharge to a mixture of Methane, Ammonia, Water, and Hydrogen gas-believed at the time to be the atmospheric composition of early Earth. Surprisingly, the products were not a random mixture of organic molecules, but rather a relatively small number of biochemically significant compounds such as amino acids, hydroxy acids, and urea. With the publication of these dramatic results, the modern era in the study of the origin of life began. 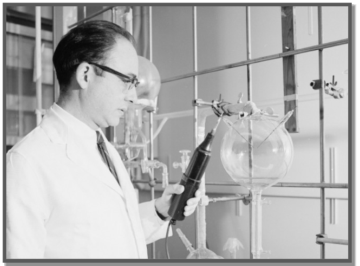 The origin of Miller’s experiment can be traced to 1950, when Nobel laureate Harold C. Urey, began to consider the emergence of life in the context of his proposal of a highly reducing terrestrial atmosphere and presented this in a lecture. Almost a year and a half after Urey’s lecture, Miller, a graduate student in the Chemistry Department who had been in the audience, approached Urey about the possibility of doing a prebiotic synthesis experiment using a reducing gas mixture. After overcoming Urey’s initial resistance, they designed three apparatuses meant to simulate the ocean-atmosphere system on primitive Earth. The first experiment used water vapor produced by heating to simulate evaporation from the oceans; as it mixed with the reducing gases, it mimicked a water vapor-saturated primitive atmosphere, which was then subjected to an electric discharge. The second experiment used a higher pressure, which generated a hot water mist similar to that of a water vapor-rich volcanic eruption into the atmosphere, whereas the third used a so-called silent discharge instead of a spark.

Experiments with the second apparatus produced a similar distribution and quantities of amino acids and other organic compounds, whereas the third apparatus with silent discharge showed lower overall yields and much fewer amino acids (primarily sarcosine and glycine).

In the set-up, an apparatus was built to circulate the above mentioned gases past the electric charge. The apparatus used is shown in Fig.(2). Water was boiled in the flask, which mixed with the gases in the flask, circulated past the electrodes, condensed and emptied back into the boiling flask. The formed non-volatile acids and amino acids accumulated in the water phase. The opening in the boiling flask was sealed off after adding 200 mL of water, evacuation of air, addition of 10 cm pressure of H2, 20 cm of CH4 and 20 cm of NH3 . The water was boiled and the discharge was run continuously for a week. 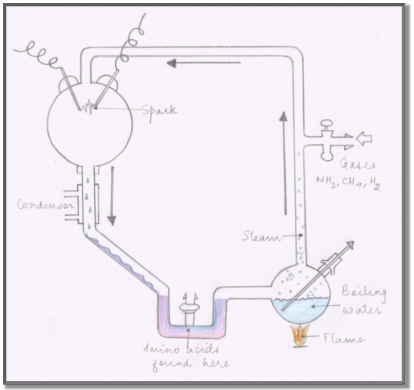 FIG. (2): A DIAGRAM OF THE APPARATUS USED BY MILLER IN HIS EXPERIMENT

The flask became pink initially and by the end of the week it turned deep red and turbid. Miller stated that most of the turbidity was due to the colloidal silica from the glass and that the red colour was due to the adsorption of the organic compounds onto the silica. Adding to this, he documented that further investigations were being conducted on the yellow organic compounds present, of which only a small fraction could be extracted with ether.

To prevent any microbial growth, after removing the solution from the boiling flask at the end of the run, 1 mL of saturated HgCl2 was added. The ampholytes were then separated by treating with base, acid and then neutralizing and concentrating in vacuo.

It was found that within a week, 15% of the carbon originally present as CH4 had converted into other simple carbon compounds. Among these compounds were formaldehyde (CH2O) and hydrogen cyanide (HCN). These compounds then combined to form simple molecules, such as formic acid (HCOOH) and urea (NH2CONH2), and more complex molecules containing carbon-carbon bonds, which included the amino acids.

The resulting mixture was tested for amino acids using paper chromatography, run in n-butanol-acetic acid-water mixture followed by water-saturated phenol and spraying with ninhydrin. The chromatogram is shown in Fig.(3). Subsequently, the amino acids identified were glycine, α-alanine, β-alanine along with aspartic acid and α-amino-η-butyric acid to some extent. Hence it demonstrated the presence of amino acids, some abundant while others in smaller quantities and the total yield was estimated to be in the milligram range. Furthermore some aldehydes and hydrogen cyanide were also detected.

Contemporary geoscientists tend to doubt that the primitive atmosphere had the highly reducing composition used by Miller in 1953. Many have suggested that the organic compounds needed for the origin of life may have originated from extraterrestrial sources such as meteorites. However, there is evidence that amino acids and other biochemical monomers found in meteorites were synthesized in parent bodies by reactions similar to those in the Miller experiment.

Localized reducing environments may have existed on primitive Earth, especially near volcanic plumes, where electric discharges may have driven prebiotic synthesis.

Miller left behind boxes of experimental samples collected in 1958. The first-ever analysis of some of his old samples has revealed another way that important molecules could have formed on early Earth.

Miller added a potential prebiotic condensation agent, cyanamide, during the course of the experiment. Cyanamide has been suggested to induce polymerization of amino acid into simple peptides which is an important set in chemical evolution and possibly the origin of life. For unknown reasons, Miller had never analyzed the samples. It was verified that the contents of the box of samples were from an electric discharge experiment conducted with cyanamide in 1958.

The latest study is part of an ongoing analysis of Stanley Miller’s old experiments. In 2008, the research team found samples from 1953 that showed a much more efficient synthesis than Stanley published in Science in 1953. 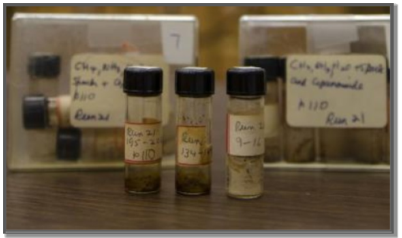 FIG. (4) VIALS CONTAIN SAMPLES OF PREBIOTIC MATERIALS CREATED BY S. L.MILLER IN 1958, LABELED BY MILLER HIMSELF

In 2011, the research team discovered and analysed archived samples from a previously unreported 1958 Miller electric discharge experiment containing Hydrogen Sulfide using high-performance liquid chromatography and mass spectrometry. A total of 23 amino acids and 4 amines, including 7 organosulphur compounds, were detected in these samples. The overall abundances of the synthesized amino acids in the presence of H2S were found to be very similar to the abundances found in some carbonaceous meteorites, suggesting that H2S may have played an important role in prebiotic reactions in early solar system environments.

The effect of electric fields on mixtures of simple molecules is presently studied in computer simulations at the quantum level, and Miller results are reproduced in atomistic simulations, as glycine forms spontaneously only in the presence of electric fields. However, this occurs through reaction pathways more complex than believed. The recent method of treatment of aqueous systems under electric fields and on metadynamics analysis of chemical reactions shows that glycine spontaneously forms from mixtures of simple molecules once an electric field is switched on and identifies formic acid and formamide as key intermediate products which are the crucible of formation of complex biological molecules.