As defined by Verma et al (2011), ancient biotechnology is the period where biotechnologies were developing before the year of 1800 which can be termed as ‘discoveries’. The developments of biotechnologies during this period do not use any kind of technologies. The human beings at this time only use their observations of nature to do the process in order to improved their way of life and fulfill their basic needs. For example, Sumerians have found the way to brewed beer in 1750 BC. Furthermore, the Chinese have used moldy soybean curds as antibiotic to treat boils in 500 BC and Greeks have practiced crop rotation to maximize soil fertility in 250 BC.

The developments of classical biotechnology are started from year 1800 to the middle of twentieth century. During this period, the biotechnologies were developing with scientific evidence (Verma et al, 2011). Biotechnologists start to examine and review the processes in order to solve the puzzle of biotechnologies. Each of the findings by the scientists or biotechnologists has created the path for new and next discoveries. For example, Gregor John Mendel who is known as ‘Father of Modern Genetics’ have study the transfer of genetic information by using pea plants. He has proposed that invisible internal units of information account for observable traits. The ‘invisible internal units of information’ later known as gene as more discoveries were done by scientists.

The last stage is modern biotechnology which starts after the end of World War II. Many discoveries have been founded as almost all basic tools and technologies were available for the scientist to undergo their research. Their important scientific discoveries also aided by the basic concepts which have been elucidated by the earlier scientist (Verma et al, 2011). One of the examples of major findings during this period is the discoveries of DNA as genetic materials by Watson and Crick. Later, Jacob and Monad has proposed the ‘Concept of Operon’ in 1961 and followed by Kohler and Milestein in 1975 with the concept of cytoplasmic hybridization (Verma et al, 2011). All the previous discoveries have been used as references and continued for new discoveries until nowadays.

Biotechnology has the power to give humans good health, sustain the environment and also the well-being farm and consumer communities. Biotechnology is an evolving and dynamic industry. This industry is playing important roles in economics, health and environment. The applications of biotechnology have both positive impacts and negative impacts to the human civilization.

Moreover, they have some kinds of plantation that also can give the positive effect to the product which is plants with their own built-in pest resistance traits and the pesticide applied to the field is very little so that it has low the effect of pesticide on the product. Rapid, sensitive, and accurate diagnostic kits are used to monitor the agricultural pests. The farmers can use the accurate method to reduce the use of pesticide and can improve the timing for the application. Farmers also can use consistent, reliable and highly purified enzymes for the food processing. For example, Chymosin which is a product of biotechnology is used in cheese production industry to replace the more expensive and variable enzyme which is Rennin that obtained from animal source. 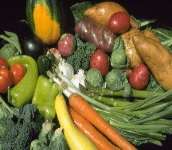 Industrial biotechnology application have also led to some clear processes that can produce less waste and less energy and water is used in some industrial sectors such as chemical, pulp, textiles, paper, minerals and also metal industries. This application can help to save water and energy to be used in future. It is believed that industrial biotechnology can give more impacts to the world (Zeweldu, 2006).

Environmental biotechnology is a system of science and engineering that is related to the use of microorganisms and their products to prevent, to treat, and to monitor the environmental pollution through bio treatment, bioremediation of polluted environments and bio monitoring of environmental and treatment processes. The biotechnology agents used in environmental biotechnology are bacteria, fungi, algae and protozoa. Bacteria are the most active organism that is used in the biodegradation of organic matter. Fungi can assimilate the organic substances. Fungi are used to treat solid waste such as composting and soil bioremediation. Algae are used to remove the organic matter and nutrients from water that exposed to the light. Protozoa can digest organic food and it play an important role in treatment of industrial hazardous, solid, liquid and gas wastes. The main application of biotechnology is the biodegradation of organic matter and biodegradation of hazardous substances in industrial wastewater (Ivanov and Hung, 2010).

The argument of Playing with God is based upon the concept of ‘God’s will’ and on the relationship among God, nature, animals, and human beings. To some extent, this argument is the adherent version of Christianity (Kaiser, 2005). Coady (2009) uses the term in a religious sense. He thinks that the view that God himself sets out a plan and makes designs for the universe and human beings is being assigned to observe it. God as an omnipotent and omniscient being has set out a specific ‘roadmap’ for the universe, animal kingdom, and nature (Coady, 2009). But, animal biotechnology tempers the animals’ design by inserting a new gene into a species. Thus, in a way (animal) biotechnology breaks down the boundary between the ‘realm of God’ and the ‘realm of humans’.

Is the playing with God argument enough to oppose animal biotechnology? We got responses to such a question in Ronald Dworkin’s book in which he argues that in the bio political context ‘the argument for Playing with God’ is not ‘morally and intellectually honest’. This is not a recent phenomenon to sustain the fight against the hostile nature. Human beings, for their necessity and needs, rearrange nature in the way they find it suitable for them. Biotechnology is such a technology that has essentially become a part of human life. Therefore, the argument for the Playing with God is not a strong stand to stop biotechnology. 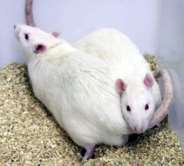 Recently, a conceptual study, “Ethical Aspects of Agricultural Biotechnology” (BABAS, 1999) has shown that any sort of biotechnology is morally unacceptable because of its ‘unnaturalness’ (AEBC, 2002). The European Commission agrees with the idea that (animal) biotechnology is ‘unnatural’. This theory also indicates that the application of biotechnology breaks the natural order of different kinds of species. Something natural is assumed to be valuable and good. But, all kinds of biotechnology or genetic technology temper nature where species boundaries are crossed. The term, ‘Natural’, is somehow different from the concept ‘Unnatural’.

Besides, loss of biodiversity is one of the dangers caused by genetic engineering. Even the introduction of genetically modified organisms (GMO) would not consider increasing the loss of diversity that is caused by humans around the world. The farmers always selected the most superior, productive and resistance varieties of crops, thereby lessening the diversity of plants that are being cultivated. Deforestation and pollution of biodiversity regions like the rain forest and mixed dipterocarp forest are the biggest part of biodiversity harm. Engineered crops enable the use of powerful herbicides, pesticides and fungicides that are the important issues that we should concerned about. It is the major problem for biodiversity and also the major selling point of some engineered crop varieties. Some genetic modifications have been made on cotton varieties, making them resistant to effective herbicides. These cotton plants are demanded since they reduce the cost and increase the efficiency of the herbicide. But the herbicides that can kill every single plant is giving impact to the ecological perspectives. It is caused worried to see from the ecological side.

Genetic material from viruses is used in the production of transgenic crops for genetic engineering process. There are chances that these genes may combine with gene from infecting viruses and resulting viruses can be more infectious. It can cause more serious disease. For example Cauliflower Mosaic Virus (CaMV) has the potential to reactivate the dormant viruses. It also can create new viruses in all species to which the virus is transferred. This can cause to the cancer development. There are some recent studies shows that, genetically modified (GM) foods that have been infected with CaMV can cause stomach and colon cancer to human beings that eating the genetically modified food.

Biotechnology has both positive and negative impacts on human civilization. It should be applied in a proper method in order to get positive impact.

Uppanggala, N., (2010). The Advantages and Disadvantages of Genetic Engineering in Humans. Available from: http://www.biotecharticles.com/Genetics-Article/The-Advantages-and-Disadvantages-of-Genetic-Engineering-in-Humans-94.html. [13 August 2014].

Vegetables that Produced with Fewer Pesticide. Available from http://ccr.ucdavis.edu/biot/benefit_new.html. [13 August 2014].