No trip to Dhaka city is fulfilled without a trip to the Lalbagh Fort or also known as the fort of Auranagabad which was built in 1678 AD by Prince Mohammad Azam who was the Viceroy back then. The fort represents the dream of the Mughal Prince which stayed unfinished. So the whole fort has a sense of history and mystery entwined in the very bricks of the foundation. The Lalbagh fort falls under the Dhaka Division/subdivison and Lalbagh thana.

What to see there:

The fort is structured in three levels with towers donning the south gate. The fort is filled with hidden passages and a massive mosque. It also has a fortified perimeter with a number of magnificent monuments. Among the notable monuments in the fort are the tomb of Pari Bibi and the audience room and bathing room of Nawab Shaista khan which is now being used as a museam.

When can you visit the fort:

Close Days: Sunday and all other listed government holidays.

Video link of things you can see there: https://www.youtube.com/watch?v=ZXkMZuKoS0s

How to go there: 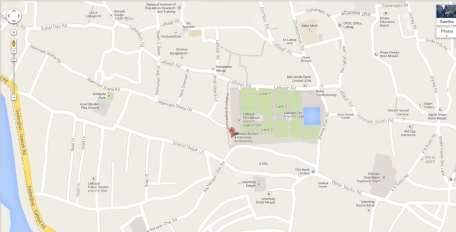 Tips: It is better to go there early in the morning as the light provides better viewing and a more pleasant experience due to bad lighting later in the day.

Any of the following hotels should provide safe and tranquil environment with efficient service to match the needs of any tourists. They also provide car/taxi service and can guide the tourists to their destination. They also have an outstanding culinary service that should aim to please the stomach of any avid foodie. 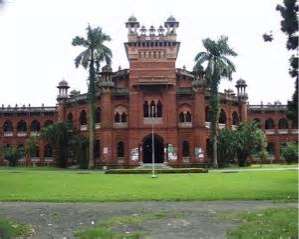 Situated in Dhaka city of Dhaka Division/subdivision the hall is part of the school of science of Dhaka University. The hall has been named after Lord Curzon who was the Viceroy of India. The hall was built in 1904. After Bengal was partitioned and Dhaka became the new capital of East Bengal and Assam it was used as the premise of Dhaka college but later after the establishment of University of Dhaka it became part of the Universitie’s science division.

The place has significant historic value due to being the point of origin where the students of Dhaka University in 1948 first uttered their refusal to accept Mohammad Ali Jinnah’s declaration that Urdu alone would be the state language in the whole of Pakistan and sparked the Language Movement.

What to see here:

Curzon hall is one of the most intricately designed architecture structure of Dhaka combining a blend of European and Mughal style portraying a then popular design in the North which consisted of horse-shoe and cusped arches. This style also favored the Mughal’s as they were fond of arches and domes. The building is said to mimic that of the well known Diwan-i-khas in the palace fortress of Fatehpur Sikri, Emperor Akbar’s capital during 1570-1585. Built with red bricks, ornate brackets deep eaves and a domed terrace pavillion this place is a sight to behold and to seep in an aura of legend now only found in history books.

How to go there:

A rickshaw or cng can be taken from any of the hotels in Dhaka city by asking to go to Dhaka university campus, Curzon hall. Or a local bus can be taken which will drop you at shahbagh/nilkhet from where Curzon hall is a 25-30 taka rickshaw ride away.

Tips: Since it’s the department of science its usually really crowded during 10 A.M. – 2 P.M. so if you want to avoid students rushing to and fro to classes going there is earlier or later in the day is advisable.

Brief/why should someone go there:

The Museum established in 1913 is a four storied building with forty galleries under its 4 departments of natural history, History and Classical Art, Ethnography and decorative art and Contemporary art and World civilization.

The museum has a vast and elaborate collection of old coins, books on art, ivory and silver filigree works, images made with metal, many textiles including the famed Muslin fabric and Nakshi Kantha, arms and ammunitions from the Mughal time, series of painting and sculptures dating back to the Buddhist and Muslim period, handicrafts and models of the village and city life and most importantly- priceless articles of the liberation war of Bangladesh which signifies the backbone of the history of Bangladesh can be found there.

How to go & get back/ mode of transportation: Bus can be taken from any of the Local bus stop directly to this spot in Shahbagh. The fare will be around 15-30 taka depending upon from where in Dhaka you are travelling from. CNG can also be easily taken and the fare should be 150-200 taka. Rickshaws can also be taken to Shahbagh and the average fare should be 50-70 taka. If you are travelling from Gulshan/banana area then CNG is advisable as rickshaws do not directly go there.

Things to do: Taking Photographs is not allowed but you can take pictures from outside of the Museum. Going through 4 levels of the museum and all the artifacts of history it stores is quite a feat and should be more than enough to keep you busy for half a day.

Where to stay: Refer to Lalbagh fort.

TIPS: The Museum is very extensive and it takes a lot of time to explore it completely so it’s advisable to go there after a good meal as food is not allowed inside the museum.