Our project is to have an idea about the network structure of Noviasat Company and we are going to meet the head of IT department. We are going to ask him about the company’s network structure, network components, tools, number of employees ,number of servers ,routers, switches ,cables and the cost of the network, class of the IP addresses ,duration of setting up the company network, number of technicians and engineers who worked in installing the network, number of company branches. After that we are going to take some pictures of the most important components. Finally, we’ll simulate it on packet tracer.

Information and communication are two of the most important strategic issues for the success of every enterprise. While today nearly every organization uses a substantial number of computers and communication tools (telephones, fax, and personal handheld devices), they are often still isolated. While managers today are able to use the newest applications, many departments still do not communicate and much needed information cannot be readily accessed. To overcome these obstacles in an effective usage of information technology, computer networks are necessary. They are a new kind (one might call it paradigm) of organization of computer systems produced by the need to merge computers and communications. At the same time they are the means to converge the two areas; the unnecessary distinction between tools to process and store information and tools to collect and transport information can disappear. Computer networks can manage to put down the barriers between information held on several (not only computer) systems. Only with the help of computer networks can a borderless communication and information environment be built.

Our expectation that it has three branches and each branch has a router and switch. We think each branch has thirty employees. A single server for each branch, we have a feeling that they are using cat5e for the local networking. We guess the cost of the entire network is 300 S.R.

We think they use IPV6 and setting up the network took two weeks for each branch by two engineers and three technicians.

2.1. Our expectations on Packet Tracer

3.1. What we discovers after the meeting

They have 150 employees in the main branch (Riyadh) other ones in Jeddah and Dammam. They have 6 serves. Some servers can do role of two servers (actual and Virtual) servers at the same time. They use 3 routers in each city and Riyadh branch uses Core switch which works in layer 3 as a router and switch at the same time. There are two switches for each branch. The other Riyadh branch connects to the network through the web to the main branch database. The provider cables are Fiber optic cables connected to the Fire wall of the company and the company branches uses Cat6 for local networking. The cost of the main building is S.R 600,000 and took 10 week to set up the network. It was done by a technician and an engineer. The protocol is RIP because the number of routers in the range of 1-15. 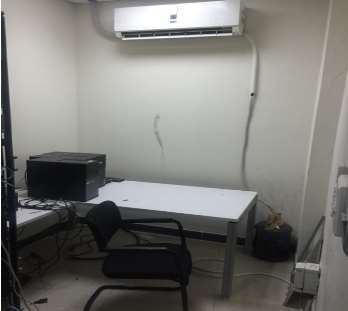 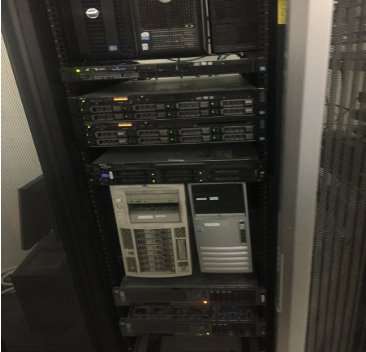 This is the server rack where the server has to be in order to provide the server with Power, ventilation and protection. 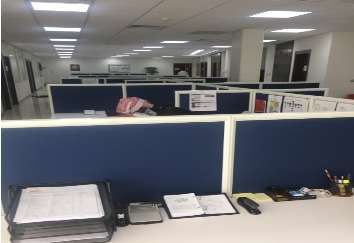 As you can see this is the working environment of Noviasat company and this is the IT department and it consists of partitions for employees and rooms for meetings and supervisors. 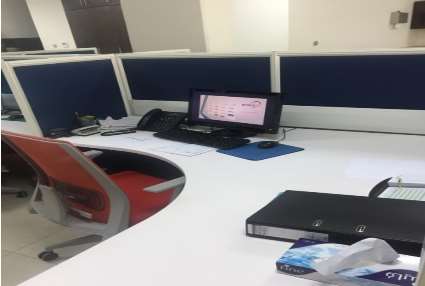 This is a picture of one of the employee’s desk, as you can see for each staff there are a PC and a VOIP telephone. 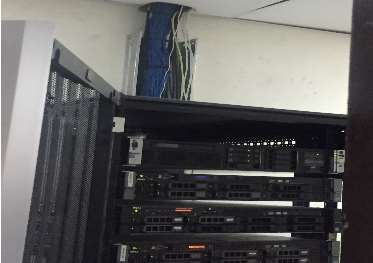 This is the rack of routers and switches as you can see many CAT6 cables are connected to the switch .all the cables are called backbone. 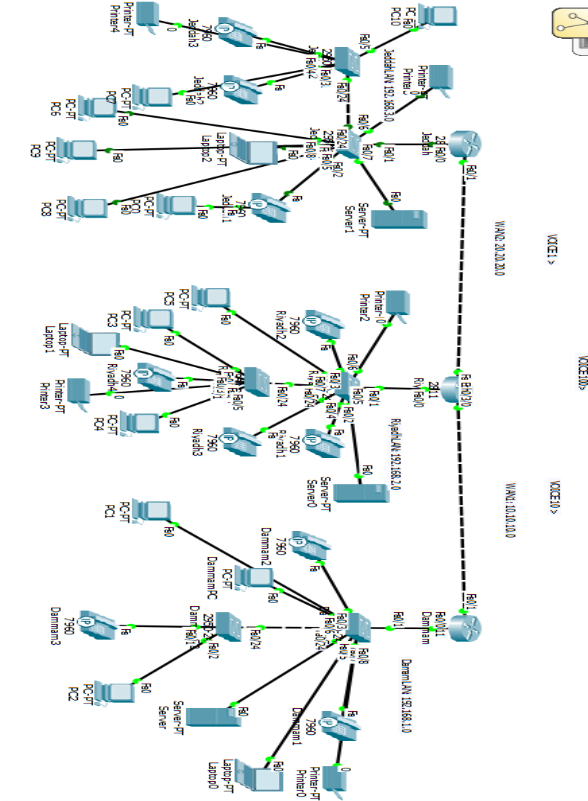 As you can see in Figure 7, the company has three branches consist of many routers,switches,servers, and end devices and we will explain in details how we did this network and how to configure the routers and switches below.

We have to setup a network in Riyadh by configuring the router by writing the command enable.After that we name the router by writing the command hostname Riyadh. Then, we enter into the interface mode by writing interface fast Ethernet 0/30 and assign the shown IP in Figure 8 and also the default subnet mask in this case 255.0.0.0.To activate the port you must write No shutdown. start with link between network with crossover cable.Hint:crossover link is between siimilar devices like , router and router.We enter the port mode it has to be assigned with a unique Network IP.We started with Riyadh router  and assign it an IP address.

Figure 9: commands to connect to Dammam

In this part we assign an IP and subnet mask and activate Riyadh router particularly  on the  port which will link Dammam router.

Here we go into the telephone service to add the number of VOIP telephones. In addition we assign the source IP address which is the network default gateway. 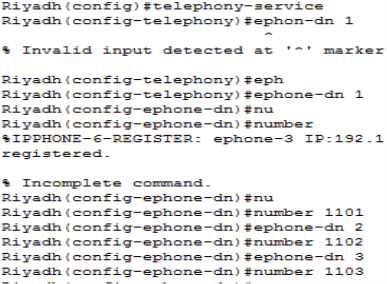 In this part we first, enter the telephone service mode. Second, we check the number of VOIP telephones on our network and then assign numbers for VOIP telephones. 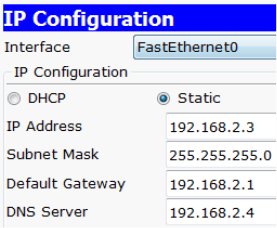 In this part we choose the service for the server which will be in our case DHCP. After that we assign a name, default gate for the network, start IP address so we assigned the first device IP will get the following IP 192.168.2.6. In addition, we put 250 as maximum number of devices that it can assign IP for. Finally, we start the server by writing command (No shutdown) or press on.

5.1. Problem faced in our project

After we finished our project network everything is working properly and when we ping from any device to any other one it sends successfully also pinging between any IP phones to another is successfully ping and calling but, we discovered that there is calling issue occurred between Dammam and Riyadh when call it fails but when you call between Jeddah and Dammam it calls, From Riyadh to Jeddah calling is success But from Jeddah to Riyadh it fails. If we just define only two networks for example Dammam and Riyadh they call each other and we asked many teacher and we repeated the network twenty times and we also contacted our old teacher besides watching videos and we still working on it we will inform you once we get the solution .We think packet tracer doesn’t support VOIP between three networks.

First, we noticed that Riyadh network has taken a lot of time .The network could have taken shorter time to be installed by increasing the number of technicians. Second, when we visited the company we noticed there are no safety tools. Moreover, in our opinion for cost reduction instead of getting connection cables from STC they could have used Web for connecting to the company database so, the employee can login from his pc and will have certain permissions and access. By allowing them to use web for connecting with each other they won’t relying on routers to avoid connection problems between cities.

In short, Noviasat network structure is consisting of several servers’ switches and routers from cisco. Moreover, we appreciate this aprtuniry interviewing the Head of IT department and we benefit from it and knew how long a company network would cost and we had an idea what problem we could face in the future. We had the chance to know even more about VOIP and how it works and the benefits of using it in a network. In addition we discovered that you can have multiple server roles in one server rack. Moreover, we had an idea what the most important servers of a network are.