The initial work on LHM was started by V. G. Veselago from the Lebedjev Physical Institute in Moscow when he made a theoretical speculation of this artificial material that exhibit negative permittivity and negative permeability. Veselago speculation remain silent for 29 years until 1996, J. B. Pendry from Imperial College London and his co-author form GEC-Marconi published a paper about artificial metallic construction which exhibit negative permittivity and negative permeability. Following this interesting discovery, in 2001, the first experimental verification was made by Shelby, Smith and Schultz at the University of California. The left handed material structure consists of split ring resonator and thin wire inspired by J. B. Pendry as shown in figure 3.1. 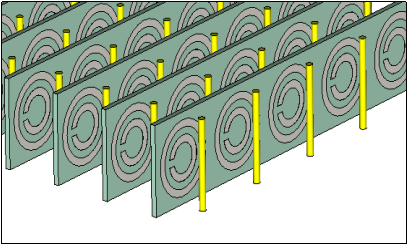 Since the introduction of LHM twelve years ago, many researchers were interested in investigating this artificial material and several of them was using LHM to improve the properties of the microwave devices such as antennas and filters. Many papers have been published regarding the LHM integrated with antennas and their properties have been analyzed. The focusing affect of LHM has made a low gain antenna becomes directive and have an increment of gain.

Negative Refractive Index: For conventional material with ðœ€r > 0 and ðœ‡r > 0, the refractive index is givenð‘›=√ðœ‡ð‘Ÿðœ€ð‘Ÿ, so that the conventional material possesses a positive refractive index. Yet, Left-handed Meta-material has both negative permittivity (ðœ€r ðœ” <0) and negative permeability (ðœ‡r ðœ” <0), the refractive index n has negative value [8]. Inverse Snell's law: An incident light that enters left-handed meta-materials from a right-handed medium will undergo refraction, but opposite to that usually observed for two right handed media.

The Snell's law is described as

Where ðœƒ2 the incident is angle and ðœƒ1 is the refraction angle. Supposing medium I and medium II are conventional materials with ð‘›1>0 and ð‘›2>0 respectively, them refracted light will be bent with positive μ with the normal line OO' as indicated by the 4th light ray in figure3.2. If medium II is a left-handed meta-material with ð‘›2<0, the refracted light will be bent in odd way with a negative angle with OO' as indicated by the 3rd light ray in figure 3.2

Figure 3.3: The energy flow and group velocity propagate forward in LHMs but the phase velocity is backward

Veselago also predicted that the Doppler and Cerenkov effects will be reversed in LHM. An approaching source will appear to radiate at a lower frequency and charged particles moving faster than the speed of light in the medium will radiate in a backward cone, not a forward cone. These two exotic properties are not employed in this Dissertation, however details about them can be found in. 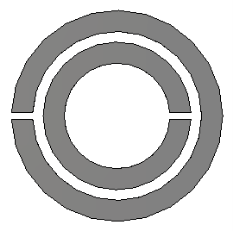 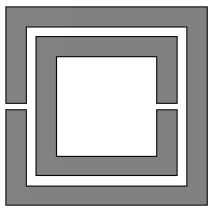 A split ring resonator (SRR) as shown in figure3.4 is part of the LHM structure that exhibit negative value of permeability. If the excitation of the magnetic field is perpendicular to plane of the structure, this will generate the magnetic dipole moment. The SRR is a highly conductive structure in which the capacitance between the two rings balances its inductance . The SRR induces high current density structure which creates a large magnetic moment. 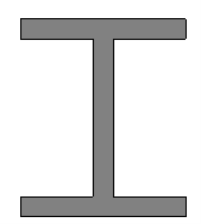 figure 3.5(a) shows the capacitance loaded strip (CLS) and figure 3.5(b) shows the thin wire (TW). CLS and TW would produce strong dielectric like response. As electric field propagates parallel through the TW or CLS, it will induce a current along them. This will generate an electric dipole moment to the structure and exhibit a plasmonic-type of permittivity frequency . 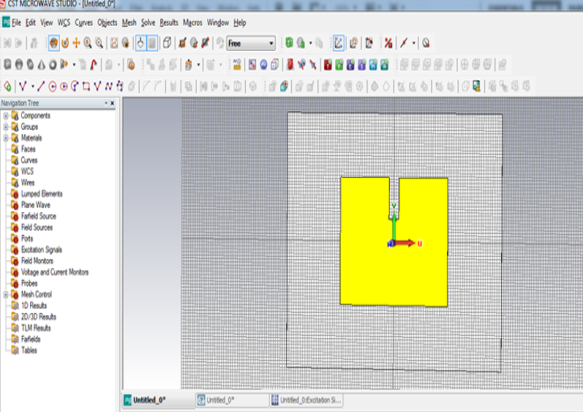 CST Microwave Studio is a fully featured software package for electromagnetic analysis and design in the high frequency range. It simplifies the process of inputting the structure by providing a powerful solid modeling front-end which is based on the ACIS modeling kernel. Strong graphic feedback simplifies the definition of Your device even further. After the component has been modeled, a fully automatic meshing procedure (based on an expert system) is applied before the simulation engine is started. The simulators feature the Perfect Boundary Approximation (PBA™ method) and its Thin Sheet Technique (TST™) extension, which increases the accuracy of the simulation by an order of magnitude in comparison to conventional simulators. Since no method works equally well in all application domains, the software contains four different simulation techniques (Transient solver, Frequency domain solver, Eigenmode solver, Modal analysis solver) which best fit their particular applications.

The most flexible tool is the transient solver, which can obtain the entire broadband frequency behavior of the simulated device from only one calculation run (in contrast to the frequency stepping approach of many other simulators). This solver is very efficient for most kinds of high frequency applications such as connectors, transmission lines, filters, antennas and many more.