Autonomous vehicles (AVs) are no longer exclusive in scientific fiction, company like Google has been releasing AVs and will soon widely used on public roadways.

The future of transportation may be dominated vehicles that driving themselves, without any human input. These vehicles are referred to as “autonomous vehicle “which mainly refers to vehicles that are able to perceive their environment and to move on without any intervention of a human. (Barabas 2017) AVS are classified into 6 different levels by the Society of Automotive Engineers (Fig.1). Driver performs partly or entirely dynamic driving tasks from level 0 – 2 while automated driving system will dominate the vehicle in the rest levels. In this report we will mainly focus on level 5 automated vehicle which is completely self-driving and self-autonomy. Autonomous vehicles could, potentially, alleviate many problems with our current transportation model. The vehicles could deal with traffic more efficiently, reduce the vehicle’s carbon emissions by ensuring the car is always operating at maximum efficiency, increase safety through better accident-avoidance mechanisms, and increase worker productivity by freeing the driver to multitask during a commute. (Dylan 2013) However, key ethical and social issues need to be solved before their main stream rollout.

Several issues that will be covered in this report are related to the limitation of Autonomous vehicles. They include firstly the lack of regulatory law on AV, secondly the legalization of AV, thirdly the design of automated system, finally the automobile accidents liability.

The position of the report is that autonomous vehicles are not feasible for humans going forward unless some adjustments are made. In the process it will argue that the current atmosphere are still under development which hindering the growth of autonomous vehicle and several advices are provided to address the issue.

The report will present reasoning for this position in the following way. Firstly discuss the limited regulation on AV and how can we possibly regulate it. Secondly, it will examine how AV should behave, supporting with two experiments. And it will finally address who should be responsible in an automobile accidents.

Under the current regulatory system, autonomous vehicle seems to be a relatively new concept.  No unified guidelines were made and different states in the US were allowed to enact their own definition, liability of AVs.

Take the 2016 Tesla crash in Ohio as example, which Joshua Brown’s Tesla Model S collided with a semitrailer truck, making him the first know fatality in a self-driving car. The investigation of liability was significantly weak as the state government didn’t have an updated and specific law to discuss the case.

A unified standard will be necessary for the future development AV. Take elevators as example, it was first used in the first half of 20th century. Instead of adopting state’s own standard, almost all states has adopted the industry-proposed safety. (Dylan 2013) This solution could be applied to the AV industry, by following the safety standard written by the Industrial Truck Standards Development Foundation

Li (2019) claims that a strict regulation gives the majority of unmanned technical technicians an alarm, allowing technicians to pay more attention to the testing process. Furthermore, the Assumption of Risk Defence should be implemented, AV user will have to sign a written waiver to accept the risks of a potentially hazardous product assumes some or all of the responsibility (Gary 2012)

On the other side, Keith pointed out another potential solution is to create an institutional review board to compel autonomous vehicle manufacturers manufacturer disclose all potential risks of the AV including the scripted crash scenario response. (Keith 2015) The potential crash scenarios, explanations of vehicles’ capabilities or responses to those scenarios and documents on why programmers made those choices could be a practical evidence in the court.

Additionally, the Convention on Road Traffic listed out a requirement that made fully AVs (Level 4-5) became illegal in all signatory countries of the Convention. In the Article 8 of the Convention states that: (1) “Every moving vehicle or combination of vehicles shall have a driver”, (5) “Every driver shall at all times be able to control his vehicle”. (Barabás 2017) Under these conventions, the presence of deriver is mandatory which significantly hinders the development of fully AVs (Level 4-5)

Autonomous vehicles law should be different from other enactment of traditional laws by implementing the legal clause subtraction system, which the first increase and then reduce the system. As technologies are changing quickly, when technology breaks through in some way, the law can be amended in a timely manner. (Li 2019)

In conclusion, the current legal frameworks that govern the operation of autonomous vehicles are still under development. Amendment on the Convention on Road Traffic, legalizing AV will first have to be done before any other progress. Then a comprehensive law will be needed to regulate the industry. As suggested, the law should contain a clear definition of AV and an industry-proposed safety standard. A universal law should be created by the federal government to avoid disputes between different states. A comprehensive regulation is expected to reduce the current uncertainty in the legal environment for AV.

How AV should behave

The most frequent discussed issue will probably be the trolley dilemma, which is a thought experiment first designed by Phillipa Foot. You will see a runaway trolley moving toward five tied-up people lying on the main track and a single person lying on the side track in this scenario. You are standing next to a track switch and given two options. One is do nothing and let the trolley to kill five people or use the switch to kill one person on the side track.

Driving a car in virtual reality participants act in favour of the quantitative greater good. That is behaviour consistently aimed at sparing as many avatars as possible at the expense of others. This even applied to situations in which participants had to virtually sacrifice their own avatar in order to save others.(Faulhaber 2018)

Another experiment was done to test the owner’s preferred driving style. It was divided into two separate tasks. In the first part, participant will take a usual driving test, their driving style then be learnt by the AV. In the second part the AV with participant’s driving style will perform tasks with participant as a passenger. Researchers will ask them to compare their own style (without knowing it is theirs), a more defensive style, and a more aggressive style. Participants tended to prefer a more defensive style than their own. Interestingly, they prefer the style they think is their own, even though their actual driving style tends to be more aggressive. (Basu 2018)  //add graph 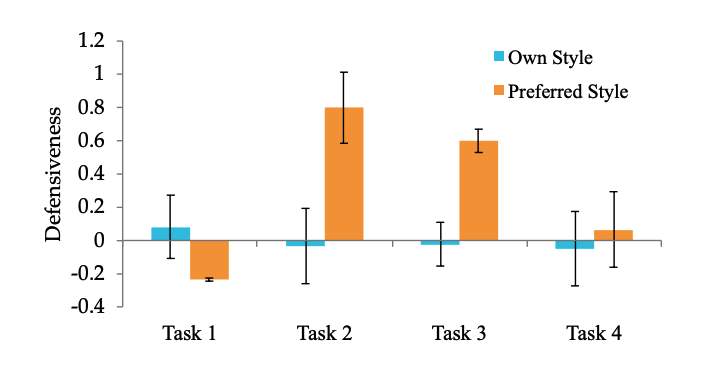 Although trolley dilemma has only a slim chance to happen in real life, it still has to be solved before autonomous vehicles being widely used. The above findings discovered the most ideal solution on how autonomous vehicles should drive like. As the general population decided to drive in a utilitarian manner and a defensive style, these results could be applied to our future development. As there won’t be a unanimous consensus on what the best solution is, we can only rely on a universal law that will enforce developers to implement the same settings we discovered.

Under the current automobile accidents, drivers are usually found to be at fault. It was often asked who should be responsible after a level 5 autonomous vehicle crashed, whether it’s the fault of driver or manufacturer. Without a comprehensive clarification on liability, it will be hard to attract the public to access autonomous vehicle. Li (2019) believes that product liability laws must be drafted to clarify the responsibilities of manufacturer. Product liability is the area of law in which manufacturers have to hold responsible for the injuries those products cause. In general terms, the law requires that a product meet the ordinary expectations of the consumer.

In October 2015, Volvo Car Corporation announced that the company will be responsible for the damage to its personnel and property caused by its fully automated driving system. This led to another question, if consumers don’t have to take any responsibility, does it mean consumers are allow to do anything including illegal actions? This will further aggravating the incidence of accidents.

Additionally, it will be relatively unfair to manufacturer as the various component parts and their respective roles in causing a malfunction may be hard to discern and separate for the purpose of assigning responsibility. In most cases, it will be the vehicle manufacturer who will, for both practical and doctrinal reasons, be the party held liable for a crash involving an AV. (Gary 2012)

Gary’s view is that responsibility will have to depend on circumstances as accidents can be caused by many factors that do not involve defects, It’s obvious the driver’s fault if the instruction manual instructed the owner not to use the autonomous vehicle in certain weather conditions, but he still does. (Gary 2012) Similarly, if the driver failed to update the newest automated system provided by the manufacturer, he or she may be allocated some or all of the blame for a resulting accident.

Owner has the obligation to properly keep the vehicle, and the owner must operate in accordance with the provisions of the unmanned vehicle. Owner will be responsible if the crash is caused by illegal operation as the civil law stipulates “who uses, who benefits and who bears responsibility.

To conclude, the question on automobile accident liability still remains. The responsibility proportion for each stakeholder should always be different in different cases and it will be important for the world to keep the balance of responsibility between manufacturer and owner. An over-strict product liability law should be avoided to allow manufacturer have more space for development.