Voice User Interface (VUI) is the interface which works on the user’s demand in the form of speech. The speech engine recognizes the keyword from many ambiguous words in the surroundings and works on the user demand. The basic VUI is constructed by the XML Language.

The keyword has to be recorded in the speech engine at the time of construction. The basic security of the VUI is given by the confidentiality of the keyword for the specific work. The keyword refers to the password which is separate for each work that has to be performed by the system.

The new thing according to me is to make the system to understand our commands and work according to it with the same perfection. But the only difference is that we have not to store any keywords in the time of initialization.

The voice tester attached to the speech engine gives the security which tests the voice frequency of the user and allows only the authorized user to access the engine. This gave high security and which cannot be broken easily.

For that, have to include three different things in the library functions of the XML Language. The three things are:

The user language is set according to the user and it should be included in the library function.

The user has option to give the command in different language and the translator converts it to the machine language.

The VUI has finds many applications in voice mailings, Home appliances, entertainment, etc.,

Kinect is the special device used to sense the voice of the user. The VUI finds its applications in cheaper and perfect manner. By, connecting this VUI to the speech engine to any of the appliances, we can make it as user-friendly.

By implementing, this concept in appliances and other systems, we can make our work simple, cheaper and quicker. The system connected with the speech engine is very helpful and is very easy to handle.

Voice user Interface (VUI) is an interface which works on the demands of the user which are given in the form of speech.

VUI concept is firstly introduced to make some devices more secure. The voice can be a high secure element and which cannot be hacked easily by the user.

Also, it has main advantage of easy of work and saving the time of working the user has many demands and it can be easily done by the system.

Kinect is the speech device which is used to record the speech from the user and it converts it in to the words.

This device finds an application in the field of VUI to record the voice and send it to the system.

VUI has the basic concept of recording the voice and convert it to the words and works according to it. The following picture refers to the conversion of speech to words. 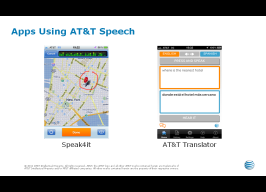 VUI which is basically word in some user- system interface in which the help of human is not required. For example, it can be used in the field of “Customer Care”, of the mobile companies.

Customer Care: – Sir your choice is to know about the new schemes. The call is connected to our secretary.

//Now, the call is connected to the secretary//

There are three basic applications in this stage of VUI, they are

Customer Care: Ok Sir, Now your call is connected to our chief.

In this, example, the mobile interact with the user according to his question.

The answer, given by the mobile is only stored in the form of templates. The reaction is similar for maximum number of questions by the user.

My new idea about VUI is to make the system to understand the user’s demand and work according to it with the same perfection.

For that, the Library functions of XML language has to be included with some extra functions.

There are three main functions to be included in the Module: They are:

The user can demand in any type of language which he can able to speak.

But only thing is that it is to be included in the Library functions. The user language should be a specific one. If we want to change the user language we have to say the keyword for changing to that language.

The keyword has to be specified at the time of initialization of the speech system.

Translator can also be called as Convertor. Convertor has main work of converting the speech words into the words which can be understand by the system.

This convertor is also included in the library functions of the XML. It does not require any keyword and it can be automatically executed.

Phonetics is the representations of speaking words in the form of some special symbols which can also be included in the library functions.

It is very important in this case because this is to specify the pronunciation of words and it meaning.

The meaning of the word differs according to the pronunciation.

Is it present tense or past tense?

It is only depends upon the pronunciation of the word by the user.

The speech engine has to record the voice and it should by checked by the pronunciation and it is executed according to the meaning.

For placing a demand to the system, the user has to specify the correct pronouncing. Otherwise, the system responds to the meaning of the pronunciation.

Some of the applications to be implemented with VUI are:

Customer Care: Welcome Sir, What do you like to know sir?

Customer Care: wait sir, we will send you the information of your balance via SMS, sir.

i) The user has not to wait for the choice to be heard. There is no waste to time.

All the statements are accessed by the systems but the pronunciation matters.

The security of this VUI is only depends upon the voice modulation. The frequency of the voice of the user decides the ON/OFF of the device.

The frequency of the voice of user is stored in the system at the time of initialization. The system is accessed by only the authorized user.

For increasing the security. We can also include the passwords, and some special sounds that are only peculiar to ourselves can also be included.

The breaking of all these security is maximum impossible. Thus the system is prevented from Hacking.

By implementing this concept in the real-life applications, we can do our jobs faster, effective and secure.

By connecting this with the computer, we can make our computer as user-friendly.

By this, we can improve the security of the accessing of device and it enables the user to become smarter to do all the work in short span of time.