The Boat and Taylor Paper examines the effect of self control exertion before a physically demanding exercise and the perceptions of pain during this task. This study explores how different levels of self-control exertion prior to a physically challenging task affects the outcome and impairs performance with tasks also requiring a degree of self control, and how it could be seen with different perceptions of pain. Even though this exercise requires a good level of muscular endurance, it also requires the ability to overcome the onset of fatigue, pain and the ability not to quit which are all Self controlled factors (Muraven, 1998). The Study used 63 individuals (22 males and 42 females) aged between 18-34 that were considered healthy when assessed to ensure for an accurate reading. In groups we undertook a similar experiment to see if the results were accurate however also incorporated the participants motivation throughout the wall sit, in order to gauge whether the Hard or Easy stroop task had a impact on their levels of motivation. Their perceptions of pain and their motivation for the task were recorded throughout the wall sit. In terms of Self control, this has been defined as “the process of volition-ally controlling and overriding predominant, habitual tendencies in order to achieve a specific goal (Baumeister, Vohs, & Tice 2007)

As stated by (Hagger, Wood, Stiff & Chatzisarantis, 2010) “following the exertion of self control on one task, individuals have an impaired ability to self regulate when performing a second task afterwards”. The results revealed from the Boat and Taylor paper that the participants that completed the hard Stroop task succumbed to exhaustion in the Wall sit quicker than when they completed the easy Stroop task as well as feeling a larger perception of pain during the beginning of the wall-sit prior to completing the Harder stroop task. As a result of this, they concluded that the perceptions of pain allows explanation into why Self control has a subsequent effect during a physically demanding task. We tried to understand whether these results were accurate and so Similar aims were put into place in our experiment in order to see if a Hard or Easy stroop task altered a participants motivation levels as well as pain through the wall sit.

Before the experiment was taken, the participants partook in a familiarisation session split into 3 parts to understand each section clearly so they could effectively accomplish each task. Firstly a practice Stroop task which was presented on a screen to understand the method and rules of the task. As well as a practice wall sit to understand how to properly ensure the correct technique. The correct position being that they had to sit at the correct 90 degree angle against the wall with their feet 2 ft out from the wall. If they could no longer hold the correct position the task would stop. Along with this a questionnaire was to be completed in order to asses the participants daily stress via the seven stem questions originating from the Daily inventory of stressful events questionnaire (Almeda Wethington, & Kessler, 2002).

The equipment used during the experiment consisted of a ruler that was already provided to aid in marking out pain and motivation values, and the perceived exertion and pain scales (Borg, 1998) Borgs single-item CR10 scale was used to carry out the performers pain and motivation levels during the wall sit. Also a paper form of the easy and hard stroop task was handed out to the performer for them to go through for 4 minutes. After the participant completed the stroop task and began the wall sit, every 30 seconds a measurement was taken of the performers current pain and motivation levels as they pointed on the line on the scale as to where those levels were at, these results were conducted and recorded down every 30 seconds until the performer stops.

Data was analysed by SPSS to find the mean and SD values for the participants age, duration of the wall sit, motivation levels, pain levels and level of exertion using the CR scale. The recordings were measured by a VAS scale and Borgs single-item CR10 scale. Not just this but Excel was used to record and take down the data after it had been collected. These were collected to inform whether motivation changes in the wall sit due to self control exertion prior due to a Stroop task, easy or hard. 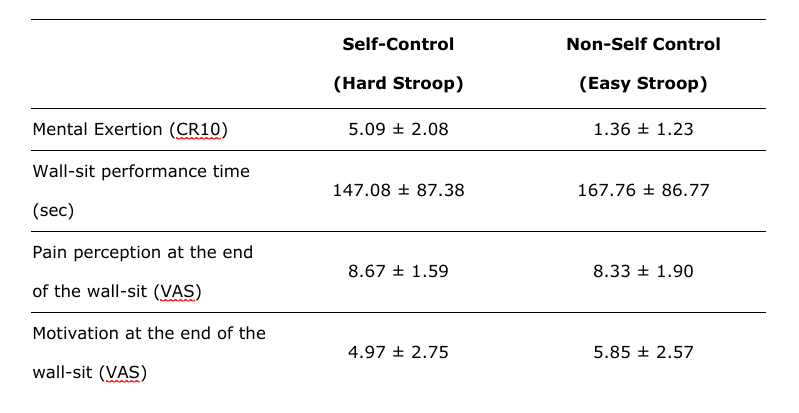 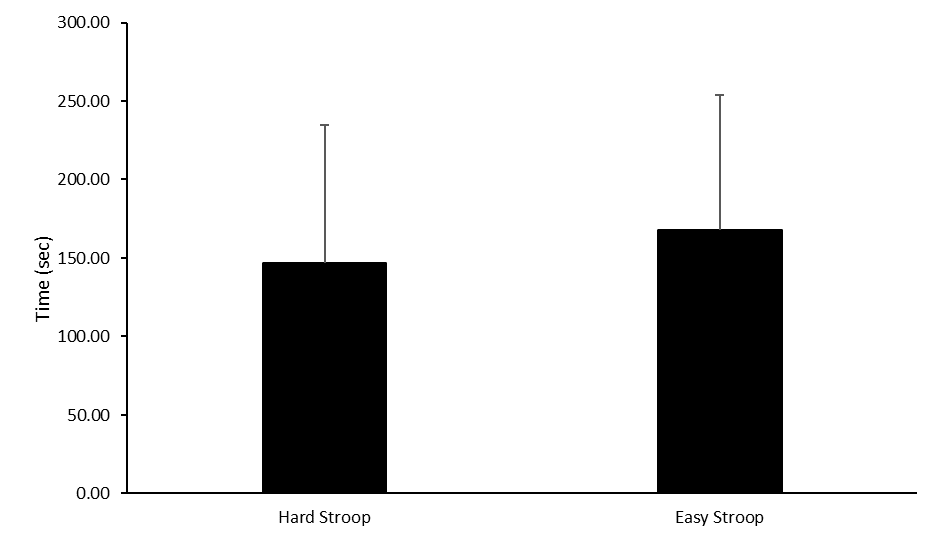 The aim of this study and experiment was to explore if prior exertion of self-control through a hard or easy stroop task has an impact on a participants motivation levels whilst completing a wall sit. During our experiment we incorporated the same scale as the prescribed research article being the Borgs single-Item CR10 scale (Borg,1998).

The Data collected in comparison to the prescribed research article supports the research hypothesis in that the perceptions of pain changed after completing the self-control (Hard stroop task) over the Non self-control (easy stroop task) (see in Table 1). The Hard Stroop task followed by the wall sit caused pain to increase (M = 8.67 ± SD = 1.59) in comparison to the easy stroop task (M = 8.33 ± SD = 1.90), Moving onto our focus of how motivation levels changed after completing a Self-control task (Hard Stroop) and a non self-controlled task (Easy Stroop), the research gathered showed that there was a significant difference in both motivation as well as performance as the participants motivation was lower on the wall sit after completing the hard stroop task ( Mean = 4.97± 2.75 = SD) compared to the easy stroop and wall sit (Mean = 5.85 ± 2.57 = SD). The research gathered informs us that different levels of motivation during a physically demanding task i.e a wall-sit can change as a result of prior exertion of self control through either a Hard or Easy stroop task. The findings conducted amongst both the Prescribed research article and our groups experiments, coincide well alongside the shifting priorities model of self control (Inzlicht & Schmeichel, 2016).

Along with the research article we incorporated the same quantity of participants and was within the same age range that they used, “Consisted of 63 participants aged 18-34 years old” (Boat & Taylor, Page 2 2016)  Our mean age being 18.77. Within the research project some of our strengths can be seen as we incorporated a within-subject design which is stated by (Cousineau,2005, P.42-45) as a “powerful tool to analyze data as the variance associated to differences between participants are removed from the analysis”.

There can be limitations to the study with both my group and the prescribed research article, one of these being that there is an element of muscular endurance when completing a wall sit, some individuals may be far fitter capable of holding a wall sit for longer giving them an advantage which could cause results to fluctuate or become invalid. In order to improve the validity for future research, a more in depth group selection procedure should be incorporated, individuals with similar physical attributes should be considered and certain muscular endurance tests could be carried out to ensure that the participants are similar in both strength and size. Not just this but the length of the self exertion task (stroop task) could be extended to increase the possibility for more accurate results as participants may not become self exerted after the current time given for the stroop task. 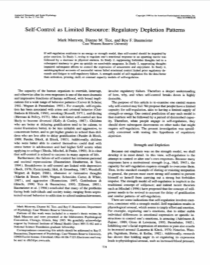 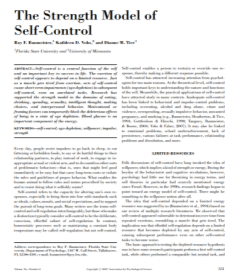 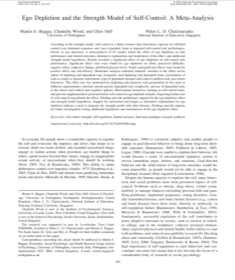 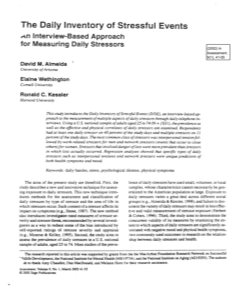 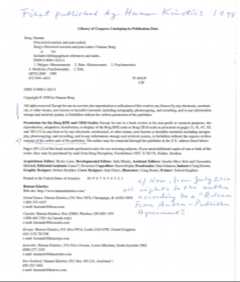 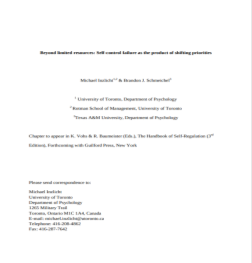 Boat, R., & Taylor, M., I. (2016). Prior self-control exertion and perceptions of pain during a physically demanding task.(3rd Edition) Loughborough university:Elsevier 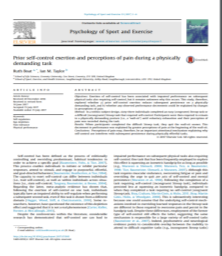