Airline transport pilots in the United States are allowed to perform pilot in command duties under 14 CFR Part 121 operations until they reach their 65th birthday (Federal Aviation Administration, 2009). This mandatory retirement age is causing a scare amongst the aviation community that there will be a pilot shortage in the near future. Past United States Congressional action increased the mandatory retirement age from 60 to 65 (2007). Many are afraid that this will only delay the pilot shortage crisis and is a violation of the Age Discrimination Act of 1967 (Gall, 2018). On the contrary, others believe that the government must maintain a strict mandatory removal age in order to ensure overall aviation safety standards are sustained, and that safely factor cannot otherwise be met through medical examination, training, and evaluation (United States Department of Labor, n.d.). The purpose of this case study is to determine if a trend exists between Part 121 aviation accidents and pilot age, specifically if older pilots are more frequently involved in Part 121 aviation accidents.

A growing number of pilots will retire in the coming years due to reaching their mandatory retirement age of 65 years old (Broach et al, 2003). Table 1 compares 2017 data relating the number of pilots employed by several major US airlines to the number of pilots forecasted to retire by 2025. The overall percentage in the 8-year timeframe is nearly 38% of the total force (Krone, 2017). This does not include pilot losses due to attrition or reflect an increase in pilot demand.

To combat the upcoming pilot shortage, in 2007 the United States Congress increased the mandatory retirement age increased from 60 to 65 with the Fair Treatment for Experienced Pilots Act (United States Congress, 2007). Still, some contend that this is not enough, arguing that implementing a mandatory removal date is illegal and there should be no age limit. The Age Discrimination in Employment Act of 1967 (ADEA) protects certain applicants and employees 40 year of age and older from discrimination based on age in hiring, promotion, discharge, compensation, or terms, conditions, or privileges of employment (United States Code, 2011). An employer can establish an age limitation if there is a bona fide occupational qualification (BFOQ) that makes it reasonably necessary to the normal operation of the particular business that cannot otherwise be met through other means (Earp, 2006).

49 CFR Part 121 pilots are required to obtain a class one medical certificate and check rides proving their proficiency at a minimum annually. Beginning at the age of 40, Part 121 pilots are required to renew their class 1 physical exam to perform flying duties every six months, an increase from annual medical exams (FAA, 2018). This is stricter than the International Civil Aviation Organization (ICAO) standards (ALPA. 2016). Table 2 provides a comparison of FAA and ICAO medical certificate renewal timelines. Pilots are required to have a line check every 12 months in accordance with 14 CFR 121.440 (CFR, 2012).

Many argue that the physical exams and check rides disqualify the FAA from imposing a mandatory removal date (Hayes, 2018). On the contrary, many agree that the mandatory retirement age is necessary due to decreased physical and mental skills with increased age (Earp, 2006).  ICAO updated their recommendation for the maximum age for two-pilot commercial air transport operations to be upon reaching their 65th birthday in 2014 with Amendment 172 to Annex 1- Personnel Licensing (ICAO, n.d). ICAO also recommends pilot medical examinations to increase from annually to once every 6 months beginning at age 60 (ICAO, n.d.)

Hypothesis Null. There is no correlation between older pilots’ involvement in serious or fatal Part 121 aviation accident when compared with the average pilot.

Timeframe used will be from January 1, 2010 through December 31, 2014. This timeframe is important because it begins after the mandatory retirement age increased to 65, to ensure a fair data analysis. Final reports of Part 121 accidents involving fatal and serious injury levels are included. The word pilot refers to the pilot in command (PIC) of the aircraft at the time of the accident.

An aircraft accident, as defined in 49 CFR 830.2, is an occurrence that involves a fatality, serious injury, or substantial damage to the aircraft. A fatal injury is defined as an injury that results in death within 30 days of the accident. A serious injury is defined as any injury that requires hospitalization for more than 48 hours, commencing within 7 days from the accident, results in a fracture of any bone, causes severe hemorrhages, nerve muscle, or tendon damage, involves injury to an internal organ, or involves second- or third-degree burns, or any burns affecting more than five percent of the body surface (NTSB, 2013)

This case study includes several assumptions. The 2014 data for active ATP holders by age is used for calculations and is assumed to be an accurate representation of the average number of Active ATP holders from 2010 through 2014 (FAA, 2015). This study assumes that the number of pilots with an active ATP is an accurate representation of pilots performing Part 121 PIC duties and each pilot has equal opportunity to do so. In the final NTSB reports when two PICs are listed, the data from the first PIC is used. It is important to note that this occurred four times, and each time the first PIC was older than the second PIC listed. Accidents where no PIC age was listed were removed from the data study. This occurred six times. 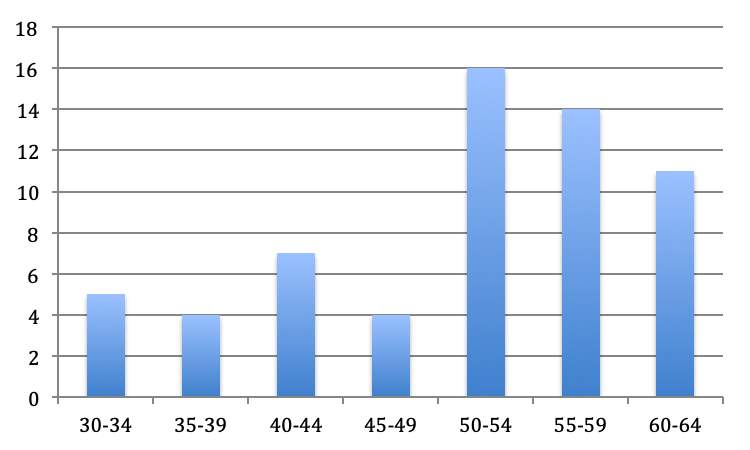 Figure 1. Number of fatal or serious aviation accidents by age group from 2010-2014 from the ASIAS database. 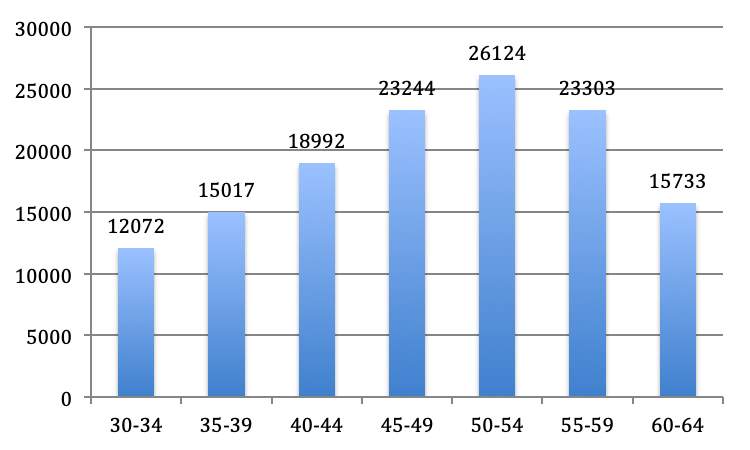 Figure 3. Percent of PICs by age group with an ATP involved in serious or fatal aviation accidents.

A t-test was conducted to examine if older pilots, aged 60-64 are involved in serious or fatal accidents at a higher rate than the average pilot, aged 45-49. Pilots were grouped into five-year age groups, beginning at 30-34 through 60-64. The age of the pilot in command was extracted from 61 accidents from 2010 through 2014. Using a confidence interval of 95%, 5 degrees of freedom, the t-critical value was determined to be 2.015.  The results of the t-test produced a t-score value of -0.3995. The value of -0.3995 is less than 2.015, and so the null hypothesis is not rejected. The calculated p-value 0.3483 is greater than 0.05, supporting the failure to reject the null hypothesis. There is no correlation between pilot age and accident rate. As this analysis used a confidence interval of 95%, or conversely, p<0.05, the results of this analysis are statistically significant.