Serotonin or 5-hydroxytryptamine is amonoamine neurotransmitter. Biochemically derived fromtryptophan, is a chemical produced by the body that acts on the nervous system playing a crucial role in numerous pathological conditions and physiological processes. Its highest concentrations are in regions of the brain called the hypothalamus and the midbrain.

Anxiety is an unpleasant state of inner turmoil manifesting itself through feelings of worry, dread, nervousness and unease leading to the individual suffering from anxiety becoming withdrawn. Mood, sleep, impulse control, eating, vigilance, libido, and cognitive functions, such as memory and learning are all regulated by serotonin neurotransmission. Serotonin is also essential in the regulation of anxiety and fear, as well as impulsiveness in violent acts and suicide (Akimova et al.,2009). There is great scientific interest on the role of serotonin in mood disorders such as anxiety and depression. Anxiety is not simply an excess, depletion or efficacy of serotonin because according to data obtained this understanding would leave to many contradictions in its wake.

It is postulated that the serotonergic projections located at the brainstem modulate different coping responses to acute aversive events. Events detected by visual, auditory or olfactory stimuli, evoke preparatory autonomic and motor responses, which form the central motive state of fear or anticipatory anxiety. During the anticipation of threat, animals display the fight-flight responses mediated by neuronal projections from the DRN. (JFW Deakin., 1998)

The brainstem, at the level of the superior and inferior colliculi is one of the fundamental neurological regions of significance in anxiety. A system of grey matter is contained within this area surrounding the cerebral aqueduct and also the IVth and IIIrd ventricles connected to the cerebral aqueduct. Extending ventrally in the middle or raphe of the brainstem and lying embedded within the ventral periaqueductal grey matter (PAG) are the two main groups of neurones containing serotonin. Extensive branching axons are sent from the raphe nuclei by the serotonergic cells, to innervate all parts of the forebrain.

The dorsal raphe core (DRN) innervates dopaminergic structures, for example, the corpus striatum and frontal cortex, both included with motor exercises. The median raphe nucleus(MRN) then innervates regions of the brain involved in the processing of memories and sensory information, for instance the hippocampus and the medial temporal lobe. It is proposed that these serotonergic projections regulate diverse coping reactions to chronic and acute aversive events. Acute events may be subdivided into distal and proximal events, according to how urgent the danger is.

A threat becomes chronic if the proximal and distal defence mechanisms fail to either avoid or terminate it. Behavioural adaptation is elicited by repeated and chronic stress according to evidence. There are brain mechanisms which allow normal behaviours to emerge in the face of chronic adversity, and it has been suggested that such resilience is mediated by projections of the MRN [4]. When this system fails to respond, depression and anxiety is the result.

Out of total of 14 different serotonin receptors the one most frequently studied for its relationship with anxiety is the 5-HT1A receptor, and is suggested to have a vital role in the etiology of anxiety disorders, this suggestion is fortified by the fact that partial 5-HT1A receptor agonists are anxiolytics (Akimova et al.,2009). 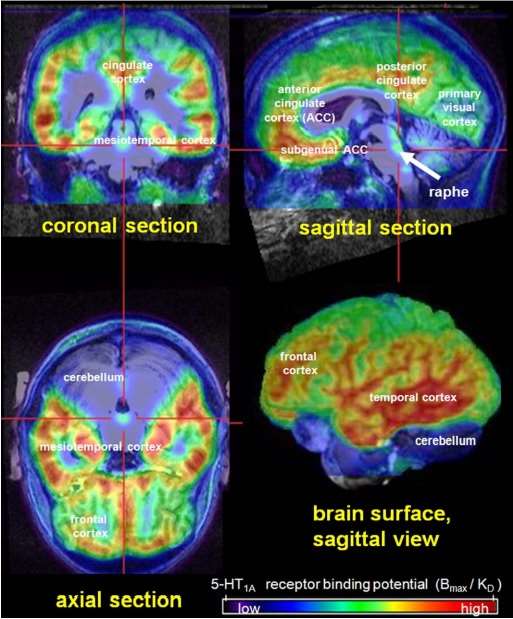 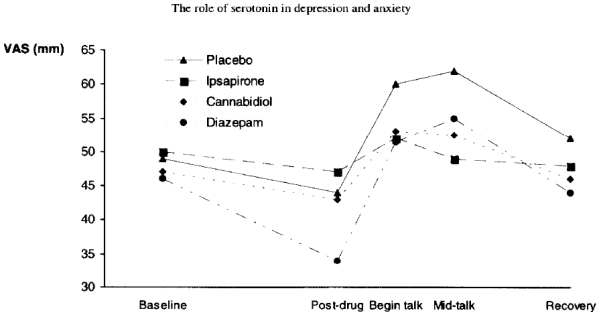 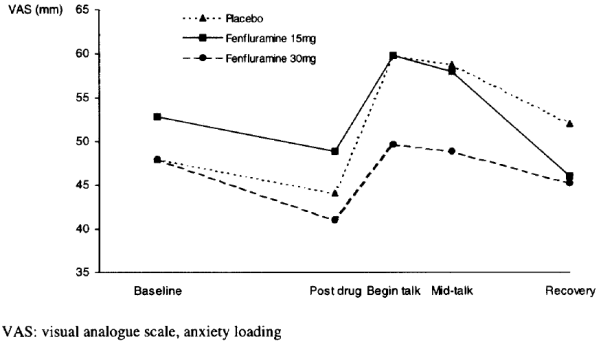 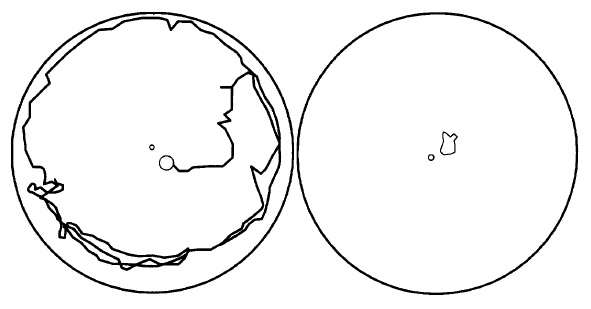 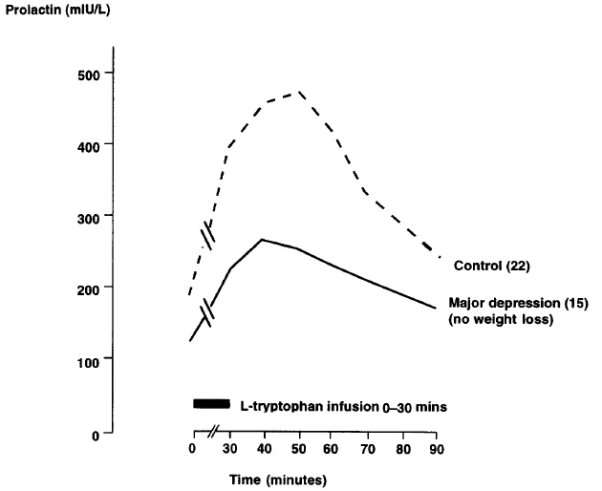 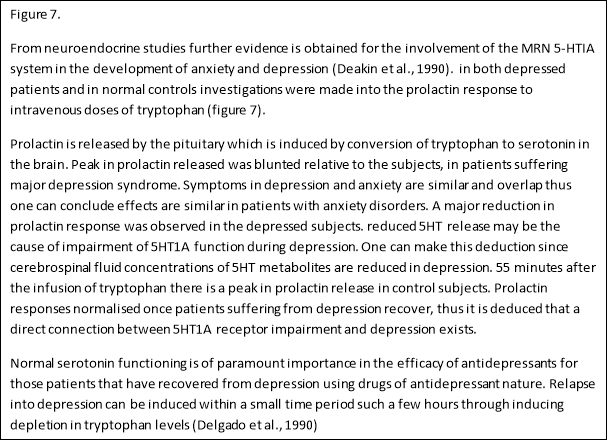 The treatment of anxiety has to take account of the complexity of the serotonergic system. There are widely differentiated anatomical pathways associated with a variety of receptor subtypes (Deakin., 1998). The anxiolytic and anti-depressive effects of selective serotonin reuptake inhibitors (SSRIs) enables the treatment of both major depression and anxiety. (Sekiyama et al., 2013). 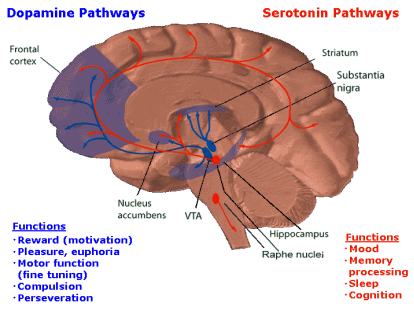 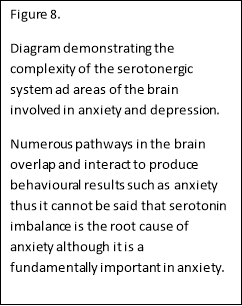 The neurobiology of anxiety is substantially impacted by the serotonin system and particularly the 5-HT1A receptor evident from clinical and preclinical clinical research, including pharmacological trials, genetic studies and neuroimaging. However the serotonin system is also influenced by many other neurotransmitters and also affects these structures which are crucial for the expression and processing of anxiety (Coplan et al., 1998). Animal studies carried out by N.Santana et al, M.amargos-bosch et al, and MV.puig et al showed regulatory effects of the 5-HT1A receptor on GABAergic, glutamatergic ,and dopaminergic neurons, particularly within limbic and prefrontal cortex areas. There is a lack of human studies investigating the effects of 5-HT1A receptor activation on other neurotransmitter systems. Inherent problems of reproducing typical human stressful experiences in animal tests presents limitations in the use of mice as test subject’s in direct methodological and interspecies comparisons. To link results of 5-HT1A transgenic mice with clinical data compellingly it is crucial to carry out systematic multimodal studies in primates. A causal model of the influence of 5-HT1A in the etiology of anxiety disorders may be found in primates through the use of a combination of approaches with investigations of environmental risk factors such as stress and genetic polymorphisms in the serotonergic system. Anxiety disorders may be defined as biologically heterogeneous conditions influenced by environmental, genetic and epigenetic factors.

Autonomic activation and intense unconditioned escape behaviour even in the absence of an imminent threat, in panic disorders can be caused by neuronal instability in the brains fight-flight mechanism. In anticipatory anxiety and in the pathogenesis of generalised anxiety disorders, it has been suggested by experimental evidence that excessive and inappropriate activation of DRN-5-HT2 pathways plays a crucial role. Anxiolytic drugs have been shown to decrease functioning in this system and experimental studies in volunteers show that 5-HT2 blockers and 5-HT2 agonists have the predicted effect on conditioned anxiety. Impaired 5-HT1A receptor function and depression appears to have a direct relationship. Through modification of memory mechanisms normal behaviour becomes possible in the face of chronic adversity due to contributions to resilience, by projections from the MRN to 5-HT1A receptors in the hippocampus and medial temporal lobe. When this defence fails the result is depression and/or anxiety.

Asha S and Vidyavathi M. (2010) Role of human liver microsomes in in vitro metabolism of drugs – a review. Applied Biochemistry and Biotechnology