Ever since the dawn of man, mankind has been gazing at the sky in wonder. Space, has always been a mysterious place, a place where the frontier of science and innovation are put to the test, a place where 99% of what we have yet to discover exists.

In the present era, the National Aeronautics and Space Administration (better known as NASA) and the NSF[1] are the forefronts of space exploration and scientific research in the USA and they have no doubt played a key role in many of Man’s greatest achievements. NASA could even take credit for mundane items such as quartz timing crystals and bar-code scanners. 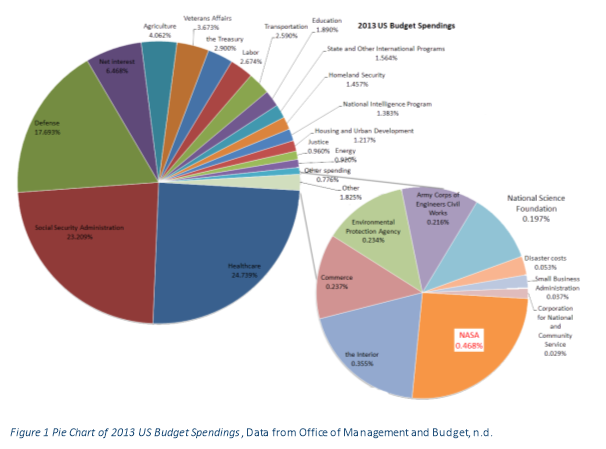 Space is a difficult, dangerous but exciting $300 billion industry worldwide. However, despite space being the final frontier, with many against space exploration, NASA has only received 0.48% of the US Federal budget, only half a cent for every tax dollar. NASA is getting a pathetic amount of funding.

The allocation of funds is warped and there is just simply not enough funding going towards space exploration and scientific innovation, the seedling of hope, the future of the US economy.

Over the past four decades, instead of NASA, we could have had at least six additional MIT’s. Consider all of the research that our single MIT has produced during that period, all of the students taught and leadership provided. For all the gains that NASA has made, its opportunity costs are far greater.

What is even more infuriating is that, even though the budget for NASA has been decreasing, the money saved were not put to good use. For example, US plans on spending more than $200 billion in the next decade to maintain nuclear weapons when they are almost useless.

The one thing I convinced myself of after all these years of exposure to the use of nuclear weapons is that they were useless. They could not be used.

However, NASA did get a substantial amount of funding and this increased steadily in its infancy and peaked in 1966 at slightly more than 4.4% of the Federal Budget, before plummeting to the current meagre 0.48%.

Because of this, the campaign “penny4nasa” was launched in 2012 to fight for an increase in the budget for NASA, through advocating the economic, scientific and cultural value of NASA. With this as a trigger, the paper will look at the different factors that led to the establishment of NASA, the decline in the budget, and ultimately explore why we should invest in space, and space exploration.

Why NASA was set up 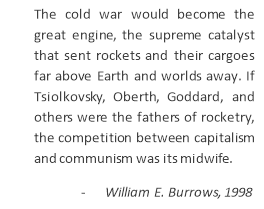 The roots of NASA could be traced back to October 4, 1957. On that day, the world’s first artificial satellite, Sputnik 1, was launched. This surprise success of the Soviets in the midst of the Cold War horrified the US and triggered the Sputnik Crisis that became part of the bigger Space Race. US was afraid, afraid that the Soviets would become more technologically advanced, that the Soviets would fire a missile at US, that US will lose its place on the global arena.

Out of the fear factor of Sputnik, many policies were put in place. The National Defense Education Act (NDEA) was passed by congress to increase educational standards to allow more people to become scientists and engineers. And on July 29 1958, the National Aeronautics and Space Act was signed, establishing NASA. It took over the National Advisory Committee for Aeronautics (NACA) and currently is the United States government agency that is responsible for civilian space program and for aeronautics and aerospace research. With motivation from Sputnik 1, and large funding, many space programs were quickly developed and put into action.

The Decline in Budget 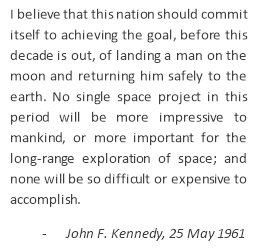 Throughout the Apollo Missions that ultimately aim to go to the Moon, NASA was very well funded, and all developments were extremely rapid. US was still in fierce competition with the Soviets.

In 1969, the historic Apollo 11 mission put the first man on the Moon, and puts US in the lead ahead of the Soviets significantly. However, when US realised that the Soviets were not ready to go to the moon, the rate of progress in Space Exploration slowed.

This was because, with the Soviets unable to catch up with US technological abilities and the Cold War becoming increasingly less intense, people were no longer as fearful of the Soviets as before, nobody was really interested in the STEM[3] fields anymore and those congressmen without NASA facilities in their state felt absolutely no reason why NASA should get so much funding as an increasing proportion of people want more welfare instead. As discussions went on the Congress, NASA naturally got increasingly less budget, resulting in the current situation. After all, congressmen work for the people, or they will lose their position in the next elections. However, I believe that they have failed to realise and consider the significance of NASA and space exploration on the culture and economics of the society.

Significance of NASA and Space Exploration

Space is not a special interest, unlike what many people may think. 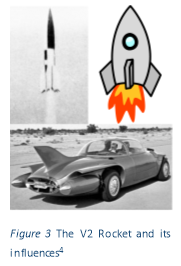 Space exploration inspired a whole generation to dream about tomorrow, a tomorrow made possible by scientific innovations, in a time of turmoil. It provided a different kind of hope, a hope that our lives will change for the better. The homes of tomorrow, the transportation of tomorrow, all these ingrained in the many issues of magazines. Space frontiers, engineering frontiers were being breached almost weekly. Space influenced our culture, our zeitgeist. It galvanized the whole nation to want to work towards Tomorrow, influencing our creative minds, our culture. For example, almost every science fiction cartoon made in and after the 1960s had rockets with fins, fins of the V2 Rocket used in NASA missions. (Figure 3[4]) We saw space influences everywhere, even in Hollywood.

Space exploration also inspired a whole generation of Scientists and Engineers as Innovation made the headlines. No special programmes were needed to attract them. 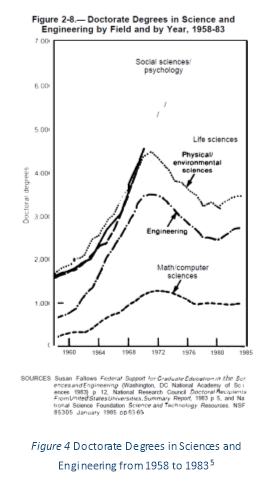 There is a cultural presence of these activities. From 1968 to 1972, there has been a sharp significant increase in the number of students pursuing education and career in these fields. (Figure 4[5]) With the Space program, heroes were made. Space exploration is a force acting on the education pipeline and inspired a whole generation to join the scientific community.

Space exploration also had a direct impact on the cultural asset of the human race. When we looked back from the moon, we rediscovered Earth with a whole new perspective, without borders, without conflicts. We saw earth as nature intended it, we saw earth as a whole. 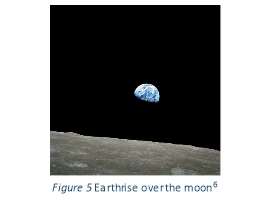 It is possible to see that Earthrise (Figure 5[6]) marked the tipping point, the moment when the sense of the space age flipped from what it meant for space to what it means for Earth

It inspired us to take time off amidst the war to start thinking about Earth and nature. This is what sparked off a series of events:

All these would not have happened so quickly without space exploration, without us looking back at earth to realise that earth is a home that is worth protecting.

In fact, the satellites that we use to transmit TV signals, to transmit Internet packets, to communicate globally, could only have been brought about by government-initiated space exploration. This is because space is expensive and has incalculable risks, and it is a venture only a government could have successfully led.

In fact, innovation drives the economy so much so that one of the main messages of Robert Solow’s[7] work has been that a large proportion of the economy is driven by technological advancement.

As goes the health of space faring ambition, so too goes the emotional, spiritual intellectual, creative, economic ambitions of a nation

In conclusion, space exploration is not a special interest group, and its significance is far and outreaching. With NASA being the frontier of space exploration, more funding should to be given to the agency, not as a handout, but as an investment that is able to penetrate our culture and transcend generations to reach greater heights.

Office of Management and Budget. (n.d.-b). Retrieved September 4, 2014, from http://www.whitehouse.gov/omb

Penny4NASA | Penny4NASA is a nonprofit striving to increase NASA’s funding to 1% by encouraging popular support for NASA through education and outreach. (n.d.). Retrieved September 8, 2014, from http://www.penny4nasa.org/

We Stopped Dreaming (Episode 2) – A New Perspective. (2012). Retrieved from http://www.youtube.com/watch?v=BFO2usVjfQc&feature=youtube_gdata_player

[1] The National Science Foundation (NSF) is a United States government agency set up to support fundamental research and education in all the non-medical fields of science and engineering. The National Institutes of Health is the medical counterpart of NSP.

[2] Amount of money spent on Emergency Economic Stabilization Act of 2008, to bailout the U.S. financial system