Static electricity is the imbalance of electric charge which produces a small spark, therefore on a much larger scale, lightning in a thunderstorm is the result of the separation of protons and electrons. For my experiment, I created an electroscope using a glass jar with a plastic lid, a paperclip holding two small pieces of aluminum foil and tape securing the paperclip. I used 3 balloons of different sizes, small, medium, and large and rubbed it on my hair to separate charges, then I brought the balloon closer to the electroscope and the aluminum foil then repelled from the other piece of aluminum; this successfully conveyed that there was a separation of charge on the balloon from rubbing it on my hair. I repeated this experiment with the next 2 balloons and recorded my results. To decrease the likelihood of failure, I did 2 more trials; the results I came across supported my original hypothesis which stated that the bigger the material, the greater amount of electric  charge, and after conducting the experiment 2 more times with each different size of material, my hypothesis still was proved to be accurate. Upon proving the hypothesis to be true, I then concluded that the magnitude of lightning must have extreme strength considering the large scale damage it can do, and the fascination continued as I felt as though the science behind lightning was now between my very fingertips.

Constants: The types of materials, number of times each balloon is rubbed, and the temperature in the room the experiment will be conducted in.

All materials, people, and objects contain atoms. Atoms possess a nucleus which consist of protons and neutrons, whereas the electrons are outside of the nucleus. Objects and materials are usually neutrally charged as there is an equal number of protons and electronshowever if there is an imbalance between the electric charges induced by contact, static electricity will generate.

Based on my research, I think that the size of an object is the significant factor affecting the strength of static electricity, in other words, the larger the material, the greater the magnitude. Research that I have conducted has helped me discover the science behind lightning, which reenforces my hypothesis of larger materials or objects that hold electric charge having greater strength because of how strong lightning is. Lightning is essentially static electricity on a bigger scale. 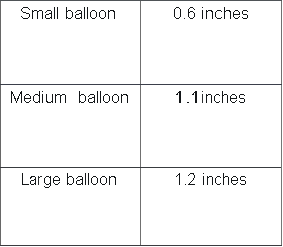 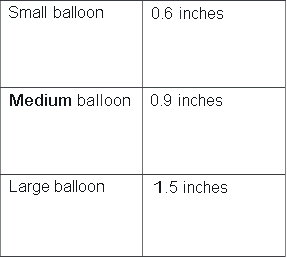 Based on the results of this experiment, the hypothesis that  the bigger the material is, the stronger the magnitude, is proven to be true. The small balloon on each trial has the smallest distance between the 2 strips of aluminum foil, and the large balloon has the largest distance. This correlation supports my original chypothesis and can therefore expand my knowledge of static electricity and apply Q-:it to wider scales. This study has extreme significance as it can be applied to creating new inventions with the use of static electricity, explaining climate, and understanding the different strengths of static electricity and its uses. On a personal interest, I believe the fascination with this topic is because of how  powerful lightning can be, and how it can be conducted from my very fingertips.

The purpose of this project for me is to understand the science behind lightning learned the details of static electricity, why we feel a shock when there is an imbalance of charges, and the different ways to separate charges. For next time, I would like to experiment with varying materials rather than different sizes, and possibly change small details such as, number of rubs per material, number of trials, and trying to experiment in different temperatures.

“How does static electricity work?” Howdoesstaticelectricitywork?{Everyday