THE AQAURIUM THERAPY: POSITIVE EFFECTS OF FISH- KEEPING ON HEALTH AND LIFE.

Fish-keeping is a fantastic hobby enjoyed all over the world. It is simply amazing how one individual can sit in front of the aquarium spending hours staring and admiring colorful fishes and their habitat. It is mind boggling how people can kill time with this interesting hobby. This hobby is a boon to the people who lead a stressful life and have cardiovascular disorders/problem. By pursuing this hobby one can experience calmness and happiness effectively reducing stress levels and hence keeping the blood pressure in check. This paper points out only the outline of possible events occurring in the brain and not the detailed mechanism of action of each neurochemicals. With the help of neuroscience it is now possible to understand the correlation between the aquarium and brain neurochemicals which are secreted when an individual gazes at fishes and the décor of the aquarium. People practicing aqua-hobby are less susceptible to heart diseases, and live a longer and happy life. This concludes that by having an aquarium in the house, the illness caused by stress and other emotional trauma can be effectively tackled to some extent without any mental health medications.

Humans had a long history of capturing and domesticating the animals for their benefits. Humans used animals for production of dairy products, for agricultural production, to obtain meat etc. But certain animals such as fish were also kept captive in tanks for decorational purposes. History of fish-keeping can be traced back to Sumerians around 2500 B.C. Egyptians used to worship fish and romans too used fish as both food and decoration in 1st century A.D. These evidences are based on archeological findings. Chinese during the sung dynasty kept large number of fishes such as ‘carps’ just for decorative purposes and not for consumption. People during these days were not familiar to the concept of “water change” to remove the excess ammonia caused due to fish waste in the tank and as a result the fishes used to die frequently. In 1805, Robert Warrington found out the concept of water change to keep the fish healthy for long time. First public aquaria were opened in London at Regents Park in 1853 and took fish-keeping to a whole new level. In 1853, German Emil Robmaber wrote an essay stating that; sea can be captured in a glass, which introduced fish-keeping hobby to the public making it popular. Now in 21st century due to advancement in the field of aquarium technology it has become more convenient to master the hobby and gain health benefits from it, modern aquarium technology acts as the life support system for fishes in the tank making them thrive comfortably in captive for a long period of time.

BENEFITS OF FISH-KEEPING ON HEALTH:

Ideal blood pressure is below 120/80, and it must remain in this range for good health. When the blood pressure stabilizes there is a drop in stress levels which is necessary for optimum health. Studies around the globe proved that gazing at a fish aquarium stabilizes the blood pressure which offers a great health benefit for an individual suffering from cardiovascular disorders. Watching the fish swimming in the aquarium with their dazzling colors can induce deep relaxation state. This is extremely therapeutic as it takes away the anxiety and clears the mind of all unnecessary thoughts. This practice of gazing the aquarium and watch beautiful ornamental fishes swim in shoals triggers neurochemicals in the brain called as ‘GABA’ which is an amino acid acting as a neurotransmitter in CNS and it acts by inhibiting or slowing the nerve transmission in the brain reducing the anxiety hence called as Anti-anxiety neurochemical. (See Figure I) and ‘Serotonin’ or 5-hydroxytryptamine is a monoamine neurotransmitter produced both in brain and gastrointestinal tract which is capable of stabilizing the mood. Serotonin maintains a balance between breathing and heart rate, it regulates the sleep cycle, regulates body temperature and pH levels in blood. (See Figure II).

Figure I. Structure of a GABA molecule

Alzheimer’s disease is brain disorder that gradually destroys the memory, thinking skills and ultimately destroys the ability to perform the routine tasks. Fish aquariums induce general sensory stimulation which helps individuals suffering from Alzheimer to eat better, gain weight and stay mentally active. Watching the fish swim, the attention span of patient increases and aggressive behavior reduces to a great extent. The technique that emerged from Neuro-research clinics involved restoring appropriate levels of the master neurotransmitters like serotonin and the catecholamine group such as dopamine and adrenaline. There is an opinion that watching a nicely decorated aquarium with beautiful fishes can naturally induce these neurotransmitters in the brain to some extent. Adrenaline is the neurochemical which is produced by the adrenal glands located at the top of the kidneys and is responsible for an energy surge in the body which takes away the dullness (see Figure III) and dopamine is a neurochemical which acts as a messenger that aids in the proper transmission of signals in brain and other organs. This neurotransmitter is produced in several parts of the brain such as substantia nigra and ventral tegmental area. It is also released by hypothalamus (see Figure IV). 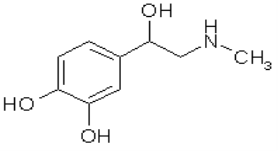 Induces a sudden sense of happiness

In this competitive and challenging world, there is a huge amount of stress which every individual experiences and it leads to depression or sadness. An aquarium in the house is a perfect solution to get refreshed and it gives a break from the outside world. The sadness and dullness is washed away by simply gazing and admiring the fishes that swim in the tank (see Figure V). Neurochemical such as Endocannabinoids are self-produced cannabisthat acts on the ‎Cannabinoid receptor type 1and 2 of the cannabinoid system. The word ‘Anandamide’ is derived from a Sanskrit word “Ananda” meaning Bliss or happiness (see Figure VI). It is the most well-known endocannabinoid. This neurochemical is responsible for surge in happiness.

Hyperactive kids sometimes can cause a lot of mess in the house; they often have very low focus span and are more notorious. Bringing an aquarium in the house can reduce their hyperactivity and will stay more focused and calm, simply because the fish swimming inside the tank distract children from their hyperactive behavior. In this case, the excess adrenalin rush in hyperactive kids is minimized by a surge in secretion of GABA which occurs due to watching fishes swim. It simply eliminates the transmissions in brain, producing calm effect.

The fast pace of urbanization is putting lot of pressure on the urban infrastructure in the cities. To see a green patch in the concrete jungles has become nearly impossible. Human eyes can see up to 7 million colors out of these some are eye irritants for instance; bright yellow and some are relaxing like different shades of green. The green color is more desired by the eyes as it feels more relaxing. So an aquarium planted with variety of live plants and driftwood can help stimulate greenery in the house which would be soothing for both eyes and mind (see Figure VII). Many eye specialists have an opinion that, gazing at planted fish aquariums daily for at least 1 hour can significantly improve the vision of an individual.

BENEFITS OF FISH-KEEPING ON LIFE:

Education for both children and adults:

When children see an aquarium filled with beautiful ornamental fishes in hotels or restaurants they get excited and at the same time start asking questions about the fish. Adults too sometimes get confused and often don’t know anything about the fish species or their natural habitat. A solution to this problem is to simply buy an aquarium and house some fishes from a wide range of habitats. And many books on fishes are available in market which describes in detail the origin of fishes for instance (see Figure VIII). Children can learn how to care for pets; they will become more responsible towards another living creature. They can witness the life cycle of a fish and appreciate biology. They may choose to become a marine biologist or aqua culturist. 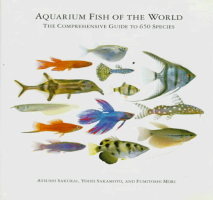 Enhances the interior look of the house:

Bringing a fish aquarium can incredibly enhance the inside look of an average house. A big aquarium with live plants, driftwoods and small tropical or other ornamental fishes placed in the right directions in such a way that the tank is visible from every corner of the room would intensify the look of that room. Many people buy aquarium just to improve the look of their living room and bed room (see Figure IX below). Flowing Water from the Filter units in the aquarium make continuous water trickling sound which is music to the ears.

Figure IX. Bedroom with an aquarium for a peaceful sleep

From the points mentioned above it is clear that having an aquarium can significantly influence life and health. Aquariums can heal a stressed out body and mind making it clear of all unwanted thoughts which reduces the stress and blood pressure. Watching beautiful fishes swim in the aquarium provides a break to the viewer from all the routine work in life and cause a sense of relaxation or calmness. It helps kids to gain knowledge about variety of fishes and learn how to care for them. Hyperactive kids become quite and calm. These positive effects on health are caused due to secretion of neurochemicals influenced by gazing at colorful active fishes swimming in the tank. This paper contains a simple explanation of how neurotransmitter in brain can get influenced by this hobby. These neurochemicals include Endocannabinoids, serotonin, GABA, and adrenaline which when are deficient or secreted in low amounts can cause high stress and depression levels. So it’s safe to say that aquariums can reduce suicidal tendencies in people by regulating these heavenly chemicals in the brain.