In this report I hope to help you understand the principle beliefs of Islam, which in turn should help me understand them better.

First of the Principle beliefs of Islam are; Tawhid the belief in one God (Allah), Angels the servants of Allah, The books of Allah, the writings of God, Akhira the last judgment and Fate. 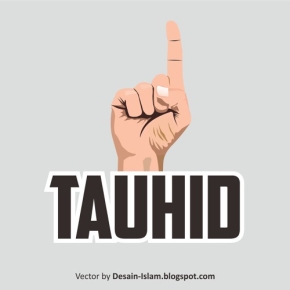 Tawhid roughly translates to oneness of God. The idea of only one God is Monotheism. Monotheism is the belief in one God. For example, Christianity is Monotheistic as well as Hinduism.

So, to sum up Tawhid. Tawhid is the belief in one God. This God is Allah. Allah has no equal. Allah is above all. The relationship with Allah is in form of a master. Tawhid is Monothelitism. Angels do jobs tasked to them by Allah. An Angel does not have free will, this means that they can not do any wrong, they do as Allah tells them with no questions or opinions. In some texts Angels are referred to as Allah’s slaves. Angels are invisible to the human eye as our eyes are not powerful enough to see them. This is because they do not have a physical form they are light. When humans see Angels, they must be in a form that we can understand. An example of this is the Archangel Gabriel appearing to Muhammad may peace be upon him, in the form of a Human.

Notice I said Archangel not Angel? An Archangel is a higher ranking Angel or a purer Angel. Archangels means Arch – higher and Angel – Messenger making them higher messengers of God or Allah. Allah has many angels, but his most important Angels are his Archangels. Not all Archangels are named or even all Angels are named but here are the named Archangels, Jibrael (Gabriel), Mikael (Michael), Israfil, Azrael and Metatron.

So, to sum up Islamic Angels. Angels were created by Allah. Allah made Angels out of light. Angels do as Allah commands with no questions to the point of slavery. Angels are invisible to the human eye unless in an alternate form. There are Archangels which are higher Angels. There are many Angels and Archangels, and some are not named. The books of Allah are written by Allahs prophets.

The Quran is written by his prophets, but it is the word of God, there is no change in the words from what Allah wanted written. The Quran is only the Quran if it is written in Arabic. Translations are not the Quran but an interpretation of the Quran.

The Hadith is about the acts of Muhammad may peace be upon him. The Hadith is not as pure as the Quran as it has been changed over time.

These books are the books of God. 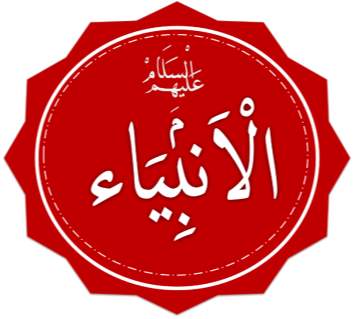 Rusool are prophets or messengers from Allah.

An important thing about Rusool is that they were human, this makes them different from Angels even know their names mean the same thing.

There have been many Rusool and many have not been named. There has been 25 Rusool named these include: Adam, Nuh (Noah), Idris (Enoch), Saleh (Methusaleh), Ismail (Ishmael), Lut (Lot), Hud (Heber), Ishaq (Isaac) and many more.

So, to sum up Rusul. Rusool are humans that pass on the word of Allah. There are 25 named Rusool. There are many more that are not named. The Highest achieving Rusul is Muhammad may peace be upon him.
Akhira

Islamic people believe in the resurrection. I’m not completely sure if Akhira only happens once or if it happens every time you die.

The Day of Judgment is the second most referenced belief in the Holy Qur’an, after the belief in Tawhid (One God). This shows how important it is to the Islamic religion.

So, to sum up Akhira. Akhira is the day of judgment. The day you either go to heaven or hell. If you go to heaven you will see rivers of liquids, all representing different things. Fate or Qadar is the belief in divine force, other words destiny.

Qadar is the belief that your life is already decided, Allah has decided it. The idea is that Allah knows what you are going to do before you even decide to do it. Allah has control of your life and you must obey.

So, to sum up Fate. Your Fate is known by Allah and controlled by Allah. If God wills, it will happen. To Conclude the Islamic faith has many aspects. It is a monotheistic region. With Allah as the only God. Allah made Angels and Archangels to do his bidding. He spoke with prophets to write and spread his word. Theses Angels and prophets are not all named. One day there will be a day of judgment, which decides if you go to heaven or hell. Heaven has many rivers and seas of different liquids and Allah knows your future before you even think of it.

-          Helped me get the names of certain angles and archangels as well as the definition of archangel.