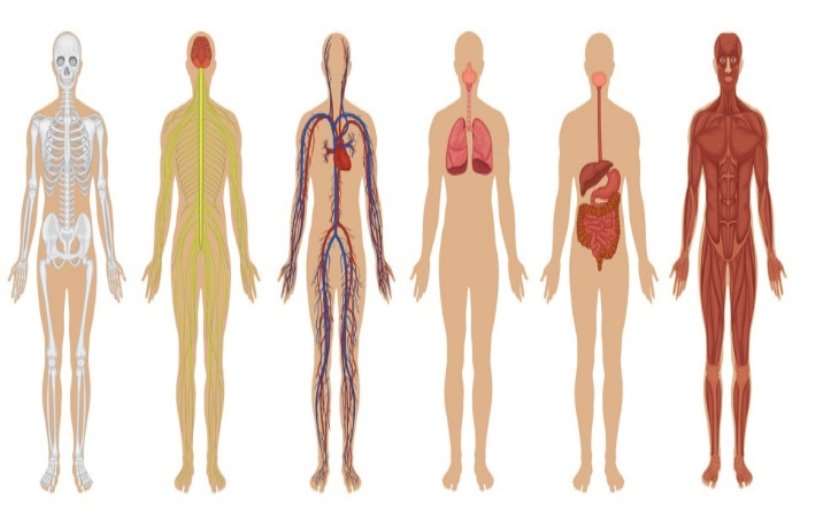 Mouth: Breaks down food through chewing to make pieces that can be easily digested. Saliva mixes with the food to begin the breakdown.

Pharynx: The pharynx (also known as the throat) muscular walls helps the process of swallowing and serves as a pathway for the movement of food from the mouth to the oesophagus.

Oesophagus: Carries liquids, food and saliva to the stomach. 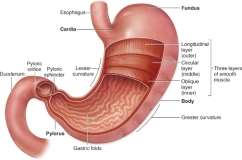 The walls of the small intestines contain tiny folds called villi, there are approximately four to five million in the ileum. The villi has three adaptions which ensures that the absorption of digestion products is very efficient. The first adaption is the large surface area, this allows absorption to happen more quickly and efficiently. The second adaption is the many blood capillaries the villi contain, these are responsible for absorbing nutrients, glucose and amino acids. The last adaption is the villi walls are only one cell thick, this will allow dissolved molecules to pass through the walls quickly.

Large intestines: The function of the large intestine is to absorb water and essential vitamins from the remaining indigestible food molecules.

The largest organ in the human body is the integumentary system which consists of the skin, hair and nails which form the body’s outer covering. They help protect internal organs, provide a barrier to prevent against infectious organisms and regulate temperature of body.

The Dermis is the thicker, middle layer of skin consisting of connective tissue which is found in the papillary layer of the dermis, nerves, blood vessels glands and hair follicles. 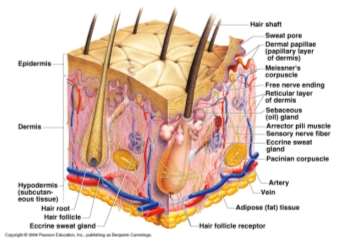 The hypodermis is the deepest layer of skin. This layer helps insulate the body and protect internal organs. The hypodermis consists of a type of connective tissue called adipose tissue which stores excess energy as fat.

The skin contains oil glands which secrete essential oils to keep skin soft and moist, which in turn will help protect the skin. Sweat glands in the skin cool down the body by secreting watery sweat which evaporates in the air. Thermoreceptors are found in the dermis layer of the skin and they detect a change in temperature. 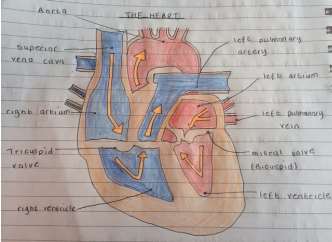 The heart has many components to help with blood flow. These components are:

AORTA = this is the largest artery in the blood. It carries oxygenated blood.

VENA CAVA = this is the largest vein in the body. It carries deoxygenated blood.

RIGHT ATRIUM = receives blood from the body via the vena cava.

LEFT ATRIUM = receives blood from the lungs via the pulmonary vein

RIGHT VENTRICLE = receives blood from the right atrium and sends the blood to the lungs.

LEFT VENTRICLE = receives blood from the left atrium and sends the blood to the body.