Anatomy is a science for the study of different parts of living organisms, animal or plant types either by sectioning or other methods; it studies the size, structure and the relating elements, structuring a body, a plant, etc. We distinguish general anatomy, which also takes into account the analysis of physiology.

Physiology is the study of the mode of operation of the numerous existing living creatures. Specifically, it is about understanding how the human body works, the role of each organ and its functioning mechanisms found in the organism… but also, the function that each living organism occupies in its environment. When referring to the human anatomy and physiology, we are likely to be using the pathology to understand when the human body faces diseases and illnesses, caused by the dysfunction of certain organs and the symptoms that help specialists and scientists diagnose certain illnesses.

To understand the human anatomy, scientist and biologists use various anatomical terms to describe and locate parts of the body, so what are the directional terms, body planes and the terminology used to identify the various body regions?

We start with the directional terms, terms used by the anatomists and medical professionals to identify, locate and explain the body structure and positioning in regards to another.

As we can see below:

The diagram below explains the directional terms. Blank Canvas taken from Google. Figure.1 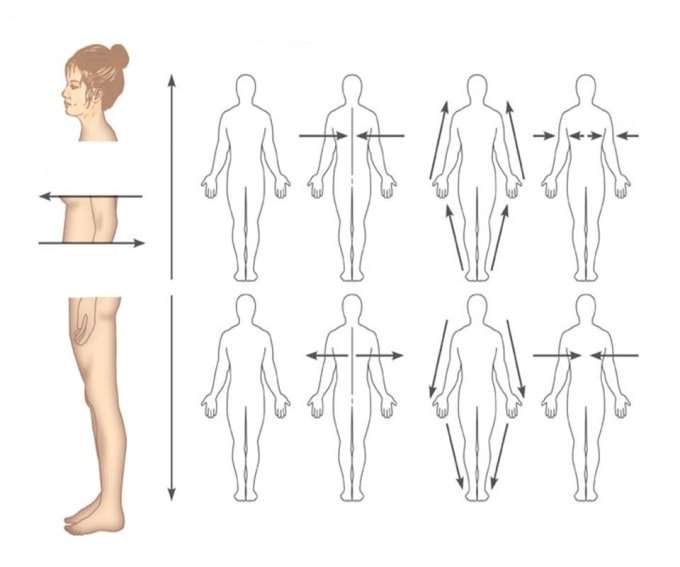 To understand the human body better, there are ways of facilitating the understanding of what lies inside, structure wise, body planes are one way.

Transverse plane, this is a plane that divides the body into superior and inferior portions. This plane runs perpendicular to the coronal and median planes and in an upright human is parallel, or horizontal, to the ground. This is why it’s also called the ‘horizontal plane. Anatomy and Physiology for dummies. 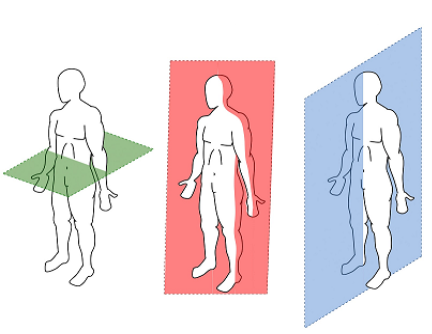 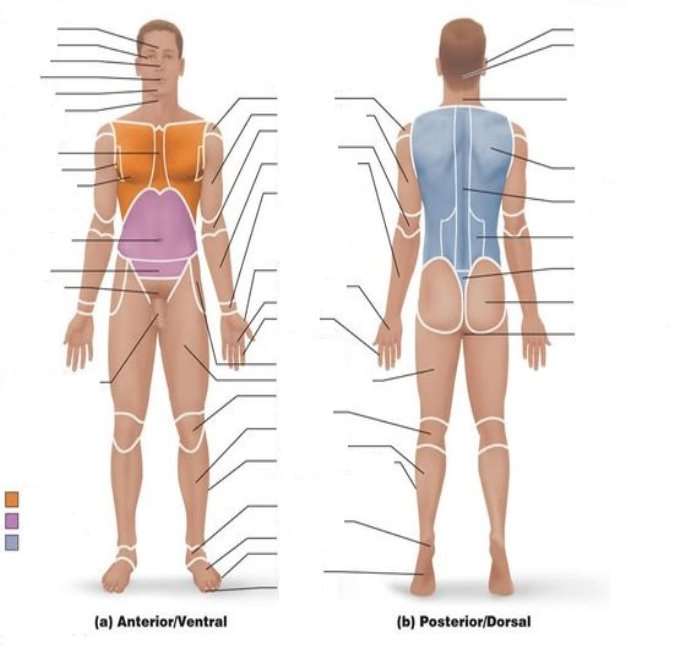 In histology a study of cells and tissues, the human body is a synchronised cycle of components, a structure harmonised and coherence between chemicals, cells, tissues, organs and systems to form a human body. As detailed briefly in the following order:

Every organism, humans, animals and plants are formed of cells. Animal cells and plant cells – have a joined characteristic like a nucleus, cytoplasm, cell membrane, mitochondria, and ribosomes. Plant cells have a cell wall, and most of the time a permanent chloroplast and vacuole. Each and specific cell has a special task or particular function, although there are different type of cells, the basic structure of a cell remains the same. Solutions pass into and out of the cells by diffusion; this sometimes is called osmosis when the water passes into and out of the cell. So what are the cell and tissue types and their functions in the human body?

A group of different types of cells form tissues in the human body and one or more types of tissues form organs that work together in a harmonious manner to form the organ system.

Nerve cells: These cells do not multiply in a human body life time. Once formed during fetus, they live till the entire life of a human body. They exist all over the body and some are as long as a few meters long. There are human brain cells and are found in a massive population in the brain and the spinal cord this is what forms the nervous tissue.

Bone cells (Osteocytes) These are considered the toughest body cell systems and are bound together by calcium and phosphate, they give strength, support and framework to the body by enclosing organs in skeletal system i.e. bones.

Cartilage cells (chondrocytes) these cells are made of a loose and flexible material. We find them in the ear, spinal bones, joints etc.

Muscle cells:  There are three types: skeletal, cardiac and smooth muscle cells and are rich in proteins actin and myosin, muscle cells can contract and relax to provide movements.

Adipose cells: These are fat cells and considered as storage to store fat. Example: the soles, palms, buttocks, etc. They reduce friction to the body.

Blood cells: They are always mobile and active carry oxygen and nutrients to all cells and organs. They have limited life span and they never multiply to form new cells. Instead new cells are formed from other cells.

As we know, there are four types of tissues, Epithelial, Connective, muscular and nervous as I explained in the examples above.

Epithelium: its main function is to protect the human body from the outside world acts as a barrier i.e. skin. It also absorbs i.e. stomach and intestinal lining (gut). Also, it filters, i.e. kidneys and it secretes as the glands do. It’s also good at fixing itself, regenerating i.e. skin burns.

Connective: its main function is bound together, wrapping around and cushioning and protecting organs. Stores nutrients and give an internal support for organs, i.e. tendon and ligaments protect joints and attached muscles to bone and each other, it runs through organs and in deep layers of skin producing strength.

Nervous: this is very important as it is the communication element in the body to receive and give signals, this conducts impulses to and from body organs via neurons i.e. brain, spinal cord and nerves.