According to the Encyclopaedia of Britannica, a friction is a force created by rubbing and can slow things down and then ultimately stop them. It is a kind of force that resists the sliding or rolling of one solid object over another. (Encyclopaedia of Britannica, 2014) Frictional forces, such as the traction needed to walk without slipping, may be beneficial; but they also present a great measure of opposition to motion. We could not walk without the friction between your shoes and the ground. As we try to step forward, we push our foot backward. Friction holds your shoe to the ground, allowing you to walk. Consider how difficult it is to walk on slippery ice, where there is little friction. It is also friction in the tires that allows the car to stay on the road, and friction in the clutch that makes it possible to drive at all. From matches to machines to molecular structures, friction is one of the most significant phenomena in the physical world

Writing using pencils uses friction. In fact, you won’t be able to even hold a pencil without friction. The pen will only slip out of your hand when you tried to hold it. The graphite pencil led will not be able to make any single mark without friction. Even a pencil eraser uses friction to rub off careless mistakes written down with pencil lead. The particles worn off gather up the pencil lead from the paper, when you are rubbing the eraser on the lead that wears out the eraser due to friction.

Today, Friction is is a phenomena that happens in our everyday lives. From the Health point of view, Let’s take walking for example, as we all know our shoes are designed to protect our feet from sharp objects as well as keep our feet warmed up. However, it is more sophisticated than we think if we look into the science behind it. According to Jasmine C. Menant from Journal of Rehabilitation Research and Development (JRDD), footwear influences balance of people and the subsequent risk of slips, by altering somatosensory feed back to the foot and ankle and modifying frictional conditions at the floor interface. Walking barefoot,, in socks or in high-heel shoes have been proven to increase the problems of falls in older people. Many frictional aspects that are not mutually exclusive have to be taken into consideration. There are also few other footwear characteristics such as heel collar height, sole hardness, as well as read and hell geometry, these few characteristics also affect the measure of balance and gait. Because many elderly uses suboptimal shoe, this can maximize safe shoe usage and an effective fall prevention strategy. (jasmine, 2008) Based on their researches, they sorted out that, inside and outside the house, older people should wear shoes with low heels and firm slip-resistant soles. Future shoe making industry should make sure that their shoe have the benefits of tread sole shoes for preventing slips and shoes with high collar or flared sole for a better grid in harsh weathers. I would say friction does not “solve” the problem of old people falling but rather it only am “reduce” it. Although that is the case, it still brings benefit in putting application science of friction to even our footwear. (NO CAMELS NEWS, 2014)

From social point of view, Friction does plays a role in every one of any education level. Pencil for instance is used by all students, kids and even adults of different profession. Pencils were among the basic equipment issued to Union soldiers during the Civil War. Pencil marks are made when tiny graphite flecks, often just thousandths of an inch wide, stick to the fibers that make up paper. But when we write something wrong by mistake, this is where rubber comes in. The friction created between the surface of the rubber and the surface of the lead scribbled on paper is used to remove the errors that were written earlier. (Christopher, 2007) Other bad side from friction like heat were also apprehended by modern day scientist as It is also because the paper is removing the graphite from the pencil through friction, the heat is not transferred to the tip because the material that would have been heated by the friction between the paper and the tip has been left on the piece of paper. So, to heat the pencil tip up, so we would have to write with the pencil quicker than it is possible or for very extended amounts of time and even then because of the part that may have been heated by friction, it is then removed. This leads that the tip of a pencil does not even get hot during writing. This has affected us socially in the pencil making industry. (PHYSICS, 2013) Today , most pencils sold in America today have eraser tips, while those sold in Europe usually have none.

On the other hand, Friction also has its own disadvantages in our everyday processes. For instance, friction is also a usage for the wear and tear on some bike gears and other mechanical parts. That’s why extra money are needed on buying lubricant which are often used to reduce the friction that causes wear and tear in between moving parts.In addition to cars and wheels/tires, there is also internal friction. Internal friction is what allows you to build up an “oil wedge” in rotating machinery that relies on a wedge of oil to separate the metal shaft and whatever the bearing surface happens to be, or the ball bearings from the inner and outer race. With the help of friction, you won’t need brake to stop any spinning devices. So, in a nutshell, friction is sometimes a bad thing when it results in the loss of mechanical efficiency by converting some of the power applied to useless heat. However, it is also a necessary feature when it is the “primary” reason a piece of equipment operates and even then, a portion of that energy will be lost as heat. There is therefore no “perfect machines” or “perpetual motion machines”, we always lose some amount of energy to friction

Hence we have to pay more for the cars we buy because of these operating cost of production in coming up with these features to reduce friction. (Ayush, 2014)

In conclusion, in my opinion I think that because friction itself is already a resistance force that slows down or prevents motion, it is needed in most applications to prevent in some cases, there is an advantage of having friction. However, too much friction can be very annoying, because it can also be an obstacle to motion and sometimes cause the need for using extra energy. A good balance is necessary to get just enough friction. Slipping or sliding. Frictional force is neither advantageous nor disadvantageous intrinsically. The advantage or disadvantage comes not from the force, but from whether it helps or hinders the desired outcome. (1181 words)

5) NO CAMELS NEWS. (2014). Israeli Fall-Prevention Motorized Shoe Is A Step In The Right Direction. Retrieved 18 November, 2014 , from http://nocamels.com/2014/05/israeli-fall-prevention-motorized-shoe-is-a-step-in-the-right-direction/

6) PHYSICS. (2013). How hot does the tip of a pencil get while writing? Retrieved 20 November, 2014, from http://physics.stackexchange.com/questions/66770/how-hot-does-the-tip-of-a-pencil-get-while-writing 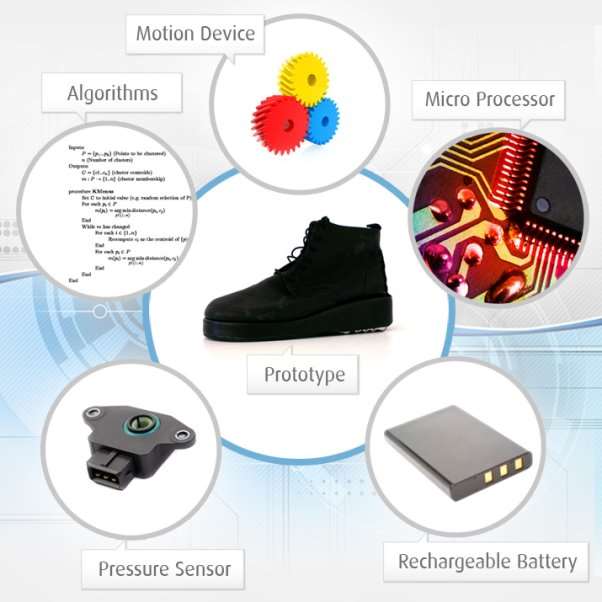