Patients who are undergoing operative procedures are required the delivery of ongoing care to optimize their recovery and prevent complications. This delivery of care will enable early identification of circumstances surrounding surgery that may put patients at risk of harm (Williams & Hopper, 2011). Mr Timoti Whakaana is a 36 year old Polynesian male who has just returned to the ward after having a laparoscopic cholecystectomy; the surgical removal of the gall bladder in a process also known as keyhole surgery (Graham, 2008, p. 41). The aim of this report is to identify and prioritise the problems associated with in the first four hours of Mr Whakaana’s return back to the ward. This report presents the four highest problems, including nursing interventions and person centred care that may occur with Mr Whakaana on return to the ward from surgery.

Although different surgical procedures require specific and specialist nursing care, the principles of post-operative care remain the same. It is essential for a structured assessment of Mr Whakaana to be carried out such as that described by Thim, Krarup, Grove, Rohde & Lofgren (2011) where Airway, Breathing, Circulation, Disability and Environment are examined. This is known as a primary assessment, and is used to identify any signs of airway obstruction, respiratory failure, circulatory failure or neurological dysfunction (Thim, Krarup, Grove, Rohde & Lofgren, 2011, p. 117). The nurse must pay particular attention to Mr Whakaana’s airway due to his previous administration of morphine, as morphine is symptomatic of respiratory depression and should be monitored closely to prevent bradypnoea, a respiratory rate less than 12 breathes per minute (Tiziani, 2010, p. 645). Mr Whakaana’s conscious state should also be monitored especially as he is currently scored as 1 on the Glasgow Coma Scale, the nurse must pay particular attention to this to ensure that Mr Whakaana does not go into shock (Elliott, Aitken & Chaboyer, 2007, p. 354). It is also helpful to include the patency of drainage systems and vascular devices into your primary assessment of Mr Whakaana, and note if any allergies are known (Elliott, Aitken & Chaboyer, 2007, p. 354).

Prior to surgical procedure, general anaesthesia is induced. This will relax the muscles of the body and depresses any sensation of pain, as a result the gag and swallowing reflex is temporarily suppressed and may lead to aspiration (Wright, 2011, p. 992).

Invention & Rationale:The nurse will monitor and record vital signs for baseline data. The nurse will also assess Mr Whakaana’s condition to note any abnormalities, and noting the duration of anaesthetic medications will help assess the presence of the gag reflex (Gulanick & Myers,2014, p. 20). Maintaining a patent airway by suctioning may be necessary as airway obstruction will block ventilation (Gulanick & Myers,2014, p. 20).

Mr Whakaana’s pain and discomfort are also important factors in the postoperative period as good pain control is required for an optimal recovery (Scott, 2008, p. 59). Mr Whakaana has reported his pain as 3/10 on movement. Self-reporting of pain can be influenced by numerous factors including mood affect, sleep disturbances and any medications that may result in a patient not reporting pain accurately (Scott, 2008, p. 59). For example, Mr Whakaana may not report his pain because of the effects of sedation or lethargy and reduced motivation as a consequence of the surgery – therefore, assessment of Mr Whakaana must be undertaken at appropriately frequent intervals (Scott, 2008, p. 59). The nurse should administer analgesicâ€©therapy as ordered, evaluatingâ€©thenâ€©modifyingâ€©thatâ€©therapy according toâ€©Mr Whakaana’sâ€©response (Macintyre, Scott, Schug, Visser, & Walker, 2010, p. 34). Mr Whakaana’s pain assessment must lead to changes in management and re-evaluation to ensure improvements in his quality of care.

Nursing Problem:Risk of ineffective breathing pattern related to pain. Mr Whakaana’s respirations may increase as a result of pain or as an initial compensatory mechanism. However, increased work of breathing may indicate increasing oxygen and energy consumption or a reduced respiratory reserve (Scott, 2008, p.60).

Invention & Rationale:The nurse will administer oxygen via nasal prongs as ordered, as this will maximize the available oxygen, especially while ventilation is reduced because of pain (Scott, 2008, p. 60). The nurse will also administer pain medications as ordered, to treat Mr Whakaana’s underlying cause of the respiratory problem. The nurse will monitor vital signs especially Mr Whakaana’s respiratory rate for baseline data, and encourage and assist with deep breathing and coughing exercises as appropriate to promote maximal ventilation and oxygen (Graham, 2008, p. 47). Monitoring for restlessness and changes in mental status is also needed, as this may indicate hypoxia (Scott, 2008, p.60).

Post-operative patients are vulnerable to fluid and electrolyte imbalances due to many influences including blood loss, fasting and exposure during surgery (Williams & Hopper,2011, p. 71). Therefore an accurate measurement of Mr Whakaana’s fluid balance is essential to evaluate his condition, this includes strict readings of his output of urine and any vomit, and the measurement of fluid intake orally or intravenously (Gulanick & Myers,2014, p. 387). The nurse should assess Mr Whakaana’s surgical wounds at regular intervals for excessive blood loss, as this may indicate haemorrhage (Williams & Hopper,2011, p. 72). Other factors that should be taken into account include diarrhoea or sweating.

Nursing Problem:Altered fluid and electrolyte imbalance – risk of fluid volume deficit related to restricted oral fluid intake before, during, and after surgery.

Fluid volume deficit, or hypovolemia, occurs from a loss of body fluid or the shift of fluids into the third space, or from a reduced/restricted fluid intake (Williams & Hopper,2011, p. 73).

Invention & Rationale:The nurse will assess for and report signs and symptoms of deficient fluid volume, hypokalaemia and metabolic alkalosis such as decreased skin turgor, dry mucous membranes, and weight loss of 2% or greater over a short period (Williams & Hopper,2011, p. 73). The nurse must also monitor input/output measurements and administer fluid replacements as ordered to provide a baseline for fluid volume replacement as early recognition of signs and symptoms of fluid volume deficit and electrolyte imbalance allow for prompt intervention (Gulanick & Myers,2014, p. 387).

The skin is a natural barrier against infection, so any surgery that causes a break in the skin can lead to a postoperative infection (Brown & Edwards, 2011, p. 275). Microorganisms can infect a surgical wound through various forms of contact, such as from the touch of a contaminated caregiver or surgical instrument, through microorganisms in the air, or through microorganisms that are already on or in your body and then spread into the wound (Brown & Edwards, 2011, p. 513) Chronic diseases and other patient characteristics influence susceptibility to infection, such as diabetes, smoking, or prolonged preoperative hospital stays can increase Mr Whakaana’s risk of infection.

Mr Whakaana is at risk of acquiring infection due to the break in the continuity of the first line defence which is the skin; if there is a breakage in the skin, the pathogens will easily invade the body’s system thus increasing risk for infection (Gulanick & Myers,2014, p. 107).

Invention & Rationale:The nurse will monitor vital signs and assess Mr Whakaana’s condition to gather baseline data. The nurse will also stress proper hand washing techniques, as this is a first line defence against infection or cross contamination (Gulanick & Myers,2014, p. 108). The nurse will have a strict compliance to hospital control, sterilisation, and aseptic policies to prevent occurrence of infection.

Evaluation:After 4 hours of nursing interventions, Mr Whakaana shall have achieved timely wound healing, be free of infection, and be afebrile (Gulanick & Myers,2014, p. 108).

Mr Whakaana has a past medical history of type 2 diabetes, and therefore he is associated with an increased risk for surgical procedures and increased postoperative morbidity (Diabetes Australia, 2010). Major surgical operations require a period of fasting during which oral anti-diabetic medications cannot be used, and the stress of surgery itself results in metabolic concerns that alter glucose homeostasis (Diabetes Australia, 2010).Persistent hyperglycaemia is a risk factor for postoperative sepsis andimpaired wound healing, so the management goal during Mr Whakaana’s post-operative period is to optimize metabolic control through close monitoring, adequate fluid and caloric repletion, and cautious use of insulin (Diabetes Australia, 2010).

Although postoperative care is a daily occurrence in nursing care, it is clear that the theories behind nursing actions are often forgotten in daily practice and these actions may not be prioritised as they should be (Crisp & Taylor,2008, p. 1449). It is hoped that this report has enabled the reader to revisit the principles behind postoperative care. Such care must be viewed as a priority, and although there are local policies in place to guide nursing staff, the responsibility for understanding the reasons for actions lies with each individual practitioner (Crisp & Taylor,2008, p. 1449). 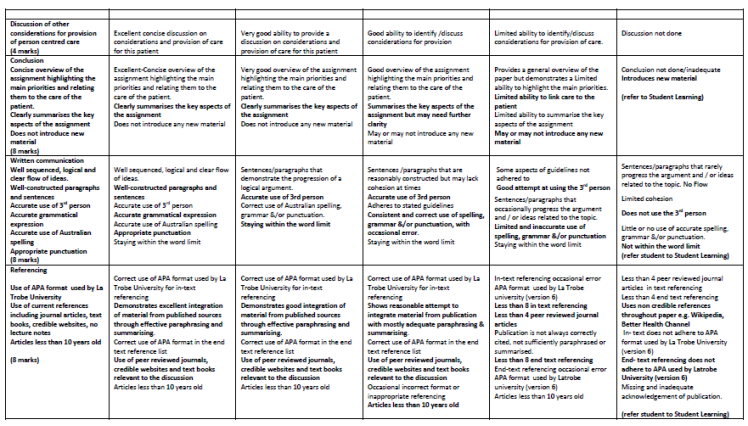 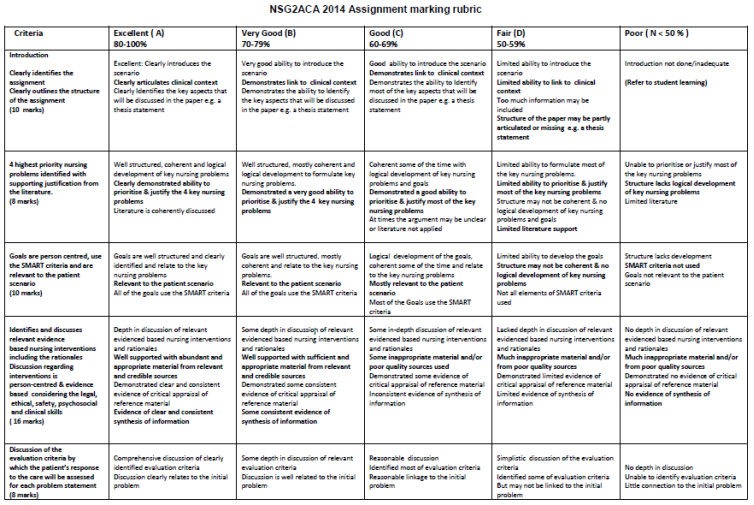