Reasons that cause motion sickness –

Motion sickness is also known as kinetosis. This sickness occurs when there is discrepancy between person’s mind perceiving a movement and signal that person’s sense of balance sends to mind. This is also some time referred to as travel sickness. It is considered as a condition in which disagreement exist amongst senses of vestibular system of the movement and the visually perceived movement.

In order to understand motion sickness, it is important to understand a few parts of the human body and how they affect the way a person feel the movement. The following are the important parts –

When body is in any type of motion the brain receives signals immediately from different parts of a person’s body, which it tries to put together in order to get a total picture about what he/ she is doing at that particular moment. In case different parts of pictures, in form of signal that brain receives from different parts of body do not match, people suffer from motion sickness. There are no investigative tests that can determine motion sickness. It can only be determined from the typical symptoms that appear when person is travelling or is in any type of passive motion. (Marks, 2012) 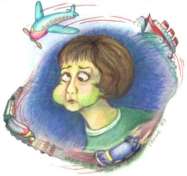 Consider as case wherein person is travelling in a bus and reading book. Now, since person is sitting in moving bus his/her inner ear and skin receptors will sense forward motion. However, since persons eyes are focused on book which is stationary and also person is sitting so both eyes and muscle receptors informs brain that that there is no motion. As a result of these different signal received from different parts of body brain gets confused.

Reasons that cause motion sickness –

From above example it can be seen that cause of motion sickness is discrepancy in signals received from different parts of body. The inner ear and skin receptors tell person’s brain that person is moving while eyes and muscle receptors of person tells person’s brain that he/she is stationary. As a result of this inconsistency in signals received person’s brain comes to conclusion that he/she is hallucinating and that it is caused due to intake of poison or neurotoxin. The brain in order to drive poison or neurotoxin out of body will induce vomiting. (Mandal, 2014) 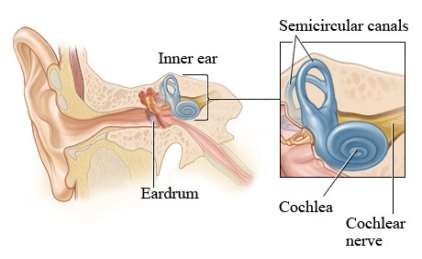 The following are the motion sickness symptoms –

There are several ways in which motion sickness can be prevented. These are:

Following are the options for treatment of motion sickness –

The following are the mediations for motion sickness –

All these medication have some or the other side effects such as sleepiness, distorted vision, dry mouth, movement disorders and retention of urine in elderly people.

From our study of Motion Sickness and its causes it can be seen that it is not any type of illness. Also it has no long standing complications. However, symptoms of motion sickness nausea and vomiting if last long can prove to be dangerous. It has been observed if symptoms such vomiting lasts long it can lead to dehydration and electrolyte abnormalities, which may further lead to more severe problems such as fainting, low blood pressure, or irregular heart beat. Thus, motion sickness can be prevented if proper care and precautions are taken.