One of My favorite singer, Taylor Swift said that “Everybody has that point in their life where you hit a crossroads and you’ve had a bunch of bad days and there’s different ways you can deal with it and the way I dealt with it was just turned completely to music”. Music made lives of people lighter and easier. It can be your company where ever you are. It helps you to bring out the best in you. Listening with music when you are doing something made you feel happy and the eagerness in yourselves.

Music helps us to relax and it can help us to motivate ourselves. Sometimes it can activate our creative minds. It can help us too, to discipline our self and at the same time to manage our time properly. Music is one of our daily buddies in life because whenever you go, you can hear/use it and music makes you feel better. Lastly, it can benefit us in studying as they said Music makes our learning more enjoyable and it is a good buddy in memorization.

Studying, one of the greatest battle that students are facing, can be so tiring and stressful. But with the modern technology, a lot can be done to help us survive studying one of those is Music. A research found that listening with music before doing something can help us improve our attention, memory and last is our math ability (Doraiswamy, 2012). Some Students prefer studying with music while others want to study in a silent room/ without music.

What Music mean to us? Music, it can be so hard to describe but if we are asked how it affects us it is easy to answer. Music can help you to express yourself, it can calm us down, and it can explain the words when it fails it means Music speaks. Music is part of lives even though we realize it or not. The “Mozart Effect” is a set of research that indicates listening to Wolfgang Amadeus Mozart’s Music it can makes us smarter. And it can help the parts of our brain to develop our Language and Reasoning. (Stricker, 2013)

I have researched about some comments about “what is the role / importance of music to our lives?” here are some of the comments:

Those two comments made me realize that music has a big part in our lives because it help us in many ways like in our studies, when we are sad it can be our company everywhere.

How Music Affect our moods? 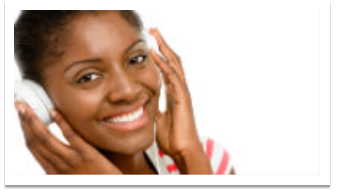 The Scientist at the University of Missouri found that listening to music can boost a person’s mood simply by upbeat music. In the study that has been conducted, Participants improved their moods when after being told to try to do so, but they only succeeded when they have listened to the upbeat music. But others who simply listened to music without changing their mood, they didn’t report about the increase of happiness. Music isn’t just good in increasing our mood. Another Research, Journal of Consumer Research found that people who are going through a break up or relationship problems they prefer to listen to a music.

Studying with a Music

The studies have shown that Music there’s a right kind of music that will help you in studying that can help you to concentrate better. It is perfect for studying, doing some home works, and lastly while studying for an exam. It helps you to cut down Distractions and helps you to focus more to your work. (UNC Charlotte and University City, 2014)

According to Sheela Doraiswamy the Student were given 5 Serial Recall Test in Different Senarios:

2. with “steady state” speech. This means a single word (in this case, “three”) was repeated for the duration of the test

3. with “changing state” speech. It means Variety of Words (in this case, random digits from 1-9) were played during the test

4. with “liked” music, meaning a song of the student’s choice (such as Lady Gaga, Rihanna, or Arcade Fire). Students brought in their own music; the only requirement was that it had to have vocals

5. With “disliked” music, which in this case was a metal song called “Thrashers” by Death Angel (all students in the study disliked metal)”

The results was surprisingly, found out that there is no significant difference between the scores of those 5 Serial Recalls Test. In other word, even though the student is enjoying or not with a particular music, having it on while they worked was just as distracting as hearing someone talk. The Score in Quiet Environment is higher than others. The Researcher Hypothesize that they will see same results when they will conduct this procedure again using a Reading Comprehension Test. (Doraiswamy, 2012)

I conclude that listening to music when we are reviewing for an exam or doing Home works is a Choice because it seems that in general, music with vocals is distracting for us. While instrumental helps you perform well. (Doraiswamy, 2012)

Studying without music / in a silent room 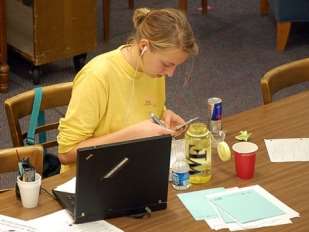 David Cutler said He noticed that several students are fond of listening to music while doing something. There are Impaired Performance

Peter Rutenburg (year not stated). The Importance of Music in Everyone’s Life. Retrieved from