A social structure made of nodes that are generally individuals or organizations. A social network represents relationships and flows between people, groups, organizations, animals, computers or other information/knowledge processing entities (J. A. Barnes, 1954) 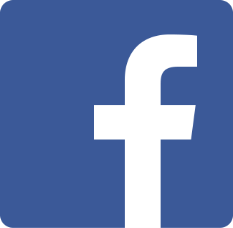 Facebook is a social network where you can show information about yourself, and communicate with groups of friends (dictionary.cambridge.org).

There is one fun fact about Facebook. According to TechAddiction, if Facebook is a country, it would have been the third country that have the most population in the world (http://www.techaddiction.ca/facebook-addiction-statistics.html).

In Vietnam nowadays, social network is very popular for everyone, especially for young people. One of the most popular social network is Facebook. It had come to Vietnam for a long time. Because of the appearance of Facebook, there are a lot of benefit come from Facebook such as finding friend, communicate more easily, etc. But beside these advandtages, Facebook also occurs some disadvandtages for young people in Vietnam today.

The research will look into the negative impact of Facebook on young people in Vietnam, and then give some solution to reduce the harm of Facebook in Vietnam.

Facebook become the largest social network in Vietnam right now, ranked 45 out of 213 countries in socialbakers’s statistics in 2012 . According to the web site name wearesocial.net about the Facebook users in 2012, the users was 8,5 million people in Vietnam, 3 times as many as it was in 2009, surpass Zing Me about the users (8,2 million users). The speed of Facebook registration in Vietnam is very fast, about one person every 3 second.

All of these data have demonstreated that Facebook is becoming the largest and the most popular social network in the world.

In 2013, Vietnam ranked 16th in the world in the rate of growth of the Facebook users (according to the results of Socialbakers & SocialTimes.Me’s reasearch – 2013)

The information have shown that Facebook is very popular in Vietnam nowadays. In the future, the people use Facebook will increase rapidly.

According to socialbakers, the Facebook users in Vietnam is between 18 to 24 years old, the ages of colledge students, about 56%, take up more than half of all ages. 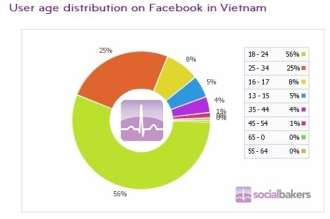 The chart below show the percentage of the social network use in Vietnam in January 2014: 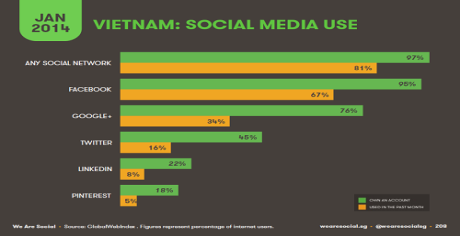 The chart had shown that Facebook had the most users in Vietnan (95%) in January 2014. That mean Facebook is now very popular in Vetnam, a lot of people is using it today and it will increase the users in the future.

Also by SocialBakers’s statistics, similar to other countries, the imbalance of gender on facebook also occurred in Vietnam. They had shown that the gender which use Facebook most in Vietnam is male (54%), more than a half. 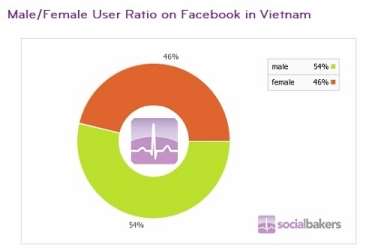 Beacause of the popularity of Facebook, everyone in Vietnam use Facebook a lot, and that causes some negative issues for anyone who use Facebook too much.

The other reasons why Vietnamese people use Facebook a a lot is that they want to communicate to each other easier. Facebook is more convinient then the mobile phone because Facebook doesn’t cost any money to communicate, which mean people is now keep in touch with each other very easy.

Infer from GlobalWebIndex, the ratings of Vietnam is 10, out of 32countries have a Facebook addiction. The picture below show the coutries that have the most Facebook users. 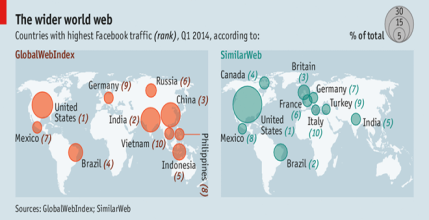 There are many reasons to explain the Facebook addiction, in that case, Dr. Brent Conrad, Clinical Psycologist for TechAddiction, have provided some reason for this problem. There are 21 reasons for that situation but here are 3 most popular reason why people in Vietnam like to use Facebook and use Facebook very much:

-The first reason he gave is that Facebook allow people to catch-up very easy. Everyone can easily create an account and add some friend, they just the instucture, which doesn’t cost to much time to do, and then they will have an account. Moreover, the users don’t need to activate Facebook account so that they can easily have an acount.

-Related to the first point, the secon reason he pointed out is the easily information sharing. According to that reason, Facebook allows people to share their information, include their personal information. Because of that, people can get the information of the others very fast.

The people who have the virtual life on Facebook have a lot of expression. 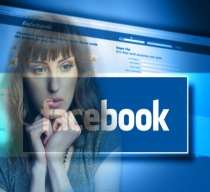 -The first thing they have is that they can’t get rid of Facebook. For more detail, they always say the word “Facebook” eveytime, everywhere, and they always think to Facebook whatever they do, even when they go out and play with their friends. For example, when they go out and eat something with their friends, or go to the movie theatre, they always take some pictures about the meals or the movie tickets to post on Facebook, they think that when they take these pictures, the meals or the movie could be more interesting.

The next problem usually happen to students. Facebook take too much of their time. They spend to much time on Facebook and then they lose their time for studying or playing with their family. The sequel is the decline in studying, or working. Therefore, some students have a bad results in study, and more terrible is that they can be repetition.

The last problem is the most common problem on Facebook right now. It is the leak of information, especially personal information. The users can easily be stolen their information, the stealers can get the users information by a lot of way. However, the two most popular way is hacking or using viruses.

-The other way is using viruses, they use viruses and attack their target. With the viruses, the theft can easily get the information and then do the same way with the hackers. The picture below show the virus is being used nowaday 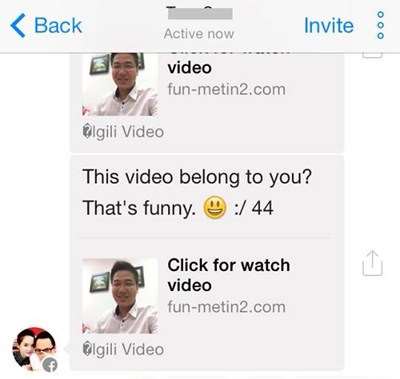 To conclusion, hacking or using viruses can get the Facebook users’s information for many reason, for fun or for some bad aim. The users have to be careful with the weird link that appear in their Facebook.

In Vietnam, the government had promulgated a lot of solution to reduce the use of Facebook, or to protect the Facebook users out of the problem that had been mentioned in previous part (especially information leaked)

A lot of solutions had been propounded to reduce the use of Facebook. Here are some solutions that help to reduce it.

-Vietnam used to forbade Facebook to prevent the increase the users and prevent the information leaked. Now, although the government allowed to use Facebook, however, they still raise the awareness to reduce the number of Facebook users.

-Some family in Vietnam allow their children to access Facebook in a certain time, also call it the curfew time. By this way, the children can control their time on Facebook wisely.

-Many schools or organisations in Vietnam open the communication classes or soft skill classes, like in OISP or the University of Natural Science. With these classes, people can get more confident and communication skill and prepare for a good real life communication.

Vietnam had enacted some solutions to protect, included some court of law to prevent users from being hacked or stolen information. Such as: 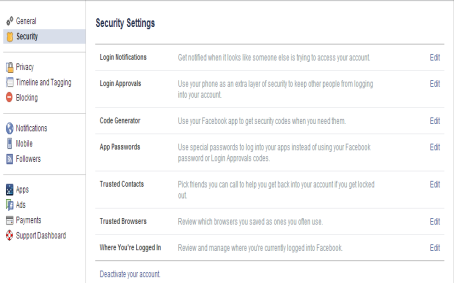 -To help the users prevent the viruses, Vietnam government have some program to find and destroy the viruses, such as the BKAV (Bach Khoa Anti Virus) or the Avast.

-Another way is that, the government also have a policy and law to ban the thefts and also raise the awareness to their people.

Although these solutions seem very good, but teaching communication skills is the most effective solution of them all. However, that solution still have some advantages and disadvantages effect to Vietnamese people:

The previous part had mentioned some good effect of having communication class, it will help the users have more confident and communication skill to have a good conversation in the real life.

The second benefit of communication is that the users will have a true feelings about everything. For example, a man always uses Facebook will never have a real emotions, because Facebook can’t transmit the true feelings of human, although Facebook have the emotion icon on messenger, however, that is not enough to let people know the feelling of each other. With the true feelings, human can build up a good relationship with each other.

Although teaching communication skill is the best solution, it still have some disadvantages. Because the communication class is very new with Vietnamese people, some people don’t want to learn it. To have good communication skills, the learner have to spend a lot of time learning it, so it cost to much time to learn.