What are the main differences between telecommunications (point-to-point) and mass media (one-to-many)? Compare the two using examples.

Telecommunications and mass media are distinguished from one another by a variety of technical, infrastructural, and interactive differences. This essay will, broadly, outline and describe these differences.

One of the first points to make, however, is that both forms have their own prehistories and heritage in earlier forms of communication. While “telecommunications” (point-to-point) and “mass media” (one-to-many) are defined conventionally and in the contemporary world by telephones and the internet (for example), they also have earlier forms and precedents. Telecommunications emerged properly from early telegraph networks, which, in anticipation of later more global systems, were constituted by a network of nodes (towers), which enabled the sending and receiving (and thus coding and decoding) of messages and information. Similarly, mass media has its own heritage in almost any form of communicated information that had a potentially anonymous and spatially distributed audience; the printing press of the 16th century enabled the steady reproduction of the printed word through block cutting and, latter, movable type. These technologies allowed for the production and dissemination of the first newspapers, broadsides and pamphlets – documents will constitute the first “mass” conversations of literate society in the early modern period.

Broadly speaking, telecommunications are then defined by a number of technical as well as infrastructural or procedural differences. Firstly, they allow for the narrowly focused communication between two locations or persons – in other words, they have focus and, at least in theory, secrecy. Secondly, telecommunications allow for the sending of the message without the physical presence of a message. Because the technology relies on a form of encoding or compression, a translation from a set of words or ideas into a transmittable data stream – such as light, waves or electricity – they do not require the automatic transcription of the message itself. The early optical telegraph required direct line-of-sight to enable this transmission, and for an informed person to be present, in view, in order to decode and reassemble the message from its parts (flashes of light, mechanical patterns, etc). 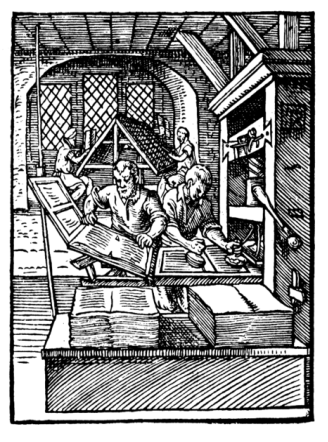 Thirdly, telecommunications are interactive in so far as they enable a reply to be sent along the same channel, directly from sender to receiver. In this sense, their emphasis is on passing information, but also on receiving a response to that transmission. Over time, however, the spatial notion behind telecommunications has shifted; whereas early forms – such as optical telecommunications – required line of sight over short distances, modern forms, from visible light, waves, and electricity, do not require line of sight, and do not require close spatial proximity. This is a function of the expansion in the infrastructure of telecommunications globally; a telephone call is transmitted and received to a number of mediating nodes – and passed on – before it reaches its target. As such, especially in the modern period, the point-to-point nature and process of telecommunications has become its most important definition. In its earliest ramifications, though, this could also have a “public” dimension ; the fire flare chain used to signal the arrival of the Spanish Armada was both a point-to-point transmission (from the signaller to the navy headquarters), but also a public signal – the meaning of the flares was well understood by those who saw it in 1588. 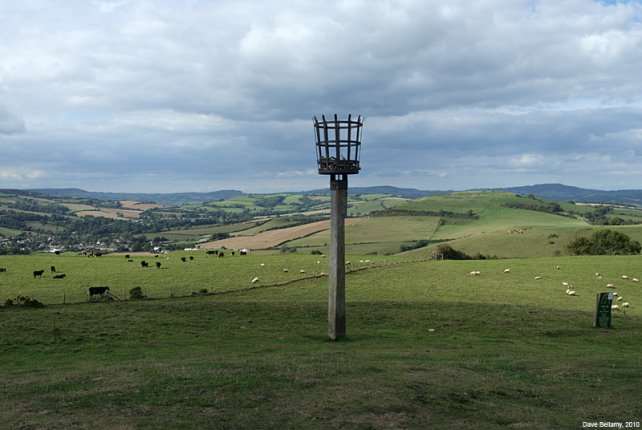 Optical beacon; both “point-to-point” and “public”

Mass media is broadly defined as “one-to-many” communication. Such a definition, while useful, has its drawbacks and limitations. Namely, that “media” has different connotations and structures of transmission than the process of broadcasting itself (McQuail, 2010). Whereas a newspaper would be defined as “media”, it is the process of distribution and receipt that constitute its “mass” or “broadcast” element. Furthermore, in the modern sense there is an attachment to the idea of “mass media” as “effective, or even affective, media” – as a transmission in which the “many” are actively engaged with and responsive to the “one”.

Broadly speaking, however, mass media is defined by the transmission of information from one point to many potential points. Importantly, however, it does not have to be received; a television can be switched on or off, receiving only parts or elements of a message, without interrupting the primary transmission itself, which is continuous. The same applies for radio communication, which can be broadcast technically and successfully without any receivers picking the message up (such as a radio wave distress call, or the Morse code that was used to signal the sinking of the titanic in 1911).

Secondly, point-to-mass communication is public; that is, its message is not intended for a specific individual or location, but for a potentially infinite number of individuals. While telecommunications are used to share private or even secret information (from a personal phone call to a national secret), mass media is characterised by its publicity. While it does not have to be “received” however, in order to work technically, it still requires receipt and response in order to justify its initial broadcasting. If radio stations or Television Networks had no audience, the financial rationale for their existence would be lost. In this sense, it is much more fluid in terms of content than telecommunications. The third and final distinction of point-to-mass communication from telecommunications is the fact that it is one way. While the networks and nodes of telecommunications infrastructure are set up in such a way that direct interaction is possible, mediums such as TV or radio do not require interaction – they are not targeted at a specific individual.

However, mass media is different again from telecommunications in its social implications ; while the telegraph had the social and economic effect of enabling wider trading networks, of influencing diplomacy, and of – at least partially – connecting otherwise distant areas, mass media has an accumulative and far wider social impact. The printing press was linked with the protestant reformation of the 16th and 17th centuries, with the rise of universities, and with the spread of literacy. These had implications not only for culture, but for social relationships and interactions (Isaac and McKay, 2000, 10). Scholars, such as Joshua Meyrowitz, have suggested that such transformations in social life also have psychological implications, where television in the course of the 20th century had a role in enabling people to relate in new, “placeless” ways. This is aligned with the argument of Benedict Arnold who, in his Imagined Communities, showed how mass media is implicated in the “imaginations” of national and other identities, where “it [the nation] is imagined as a community, because, regardless of the actual inequality and exploitation that may prevail in each, the nation is always conceived as a deep, horizontal comradeship” – an “imagined community” that is interlinked through shared, mass media experiences and identities (2006, 7).

However, because of this one-way or unidirectional technique, mass communication is open to greater fluctuations in responses. As blah argues in a cultural history of radio, there have been times when it was both the primary device for popular entertainment in the home, but also a time when it was not responded to at all (2002, 2-3). Such transformations have a greater effect on the kinds of information transmitted on these media; while it was once characterised by popular, talk entertainment, radio is increasingly a site for music, with talk entertainment having been taken over by audio-visual broadcasts on digital TV, and through audio-visual mass communication on the internet. At the same time, this technology, because of its fluctuations and its impacts, has been a site for greater anxiety than telecommunications; numerous theories of “media injection” have linked mass media with violent behaviour (such as shootings and “copycat” killings, such as the recent Batman cinema shootings in America). This anxiety stems from the concern over who controls and therefore authorises mass communication, and thus of how it implies a less visible “systems of oppression” than telecommunications (where personal, emotional lenses are used to internet messages and information received) (Peterson, 2005, 105). It is interesting than that, with the recent Snowden/NSA/GCHQ revelations, that telecommunications has been implicated in the same anxieties that used to structure television and mass media (Gauntlett and Hill, 1999, 72).

The internet, however, offers a technology where the main distinctions between telecommunications and mass communication break down and interact. Media such as Twitter, a social networking and interactive tool, are both mass media and telecommunications in their infrastructure and technique ; a “tweet”, or message, can be broadcast to a poster’s followers (from 0 to millions), while there is also a channel for responding directly – the reply. Similarly, channels such as YouTube allow for individuals to post video content to a mass audience, but also have the feature that enable the viewer to comment and respond. Importantly, however, these responses are not private, but also public; they therefore become part of the public sphere while also being, in a sense, “point-to-point”.

This essay has defined telecommunications (point-to-point) and mass media (point-to-many), and has also described their primary differences. Furthermore, it has outlined, however briefly, the kinds of implications these differences have. In the final section of the essay, it was argued that new and emergent forms of mass communication are unique in so far as they combine aspects of both techniques of communication.

Anderson, B (2006) Imagined Communities: reflections on the origin and spread of nationalism. Verso

Isaac, P and McKay, B (2000) The Mighty Engine: the printing press and its impact. Oak Knoll Press