A load or power flow analysis is a computational procedure required to determine the sinusoidal steady state of the entire power system. The mathematical solution includes a system of nonlinear algebraic equations, which during an iterative process, the values converge to only one solution. The outcome of the power flow analysis is the acquisition of the voltage magnitudes and angles at each bus. Once the voltage magnitudes and angles at each bus have been acquired using power flow analysis, the real and reactive power at each branch of the power system can be computed. Furthermore, losses in particular lines can be computed by investigating the difference between the power flow in the sending and receiving ends and by determining over and under load conditions, the appropriate solution is taken into consideration. In the power industry, load flow analysis is used on a daily basis as it is essential in determining the fault-free, stable and economical operation of existing power systems, as well as for future expansion of power systems.

A two-bus system is given in Figure 1 below.

Bus 1 is a slack bus (or swing, or reference) and its main role is to be the phase angle reference of the system. It also balances the active power |P| and reactive power |Q| in a system by injection in circumstances when is required. It is a reference bus for which the voltage magnitude and angle are input data

and the active power |P| and reactive power |Q| are the unknown quantities need to be calculated by the power flow analysis. Usually the

, however in this assignment should be considered as

Bus 2 is a load (P-Q) bus which absorbs power from the system. The active power |P| and reactive power |Q| are quantified and voltage magnitude |V| and angle |δ| need to be computed.

The Newton-Raphson method is a powerful method for maximising an objective function by using quadratic convergence of approximations [1].

A number of nonlinear algebraic equations is given in matrix format

where x and y are N vectors and

is an N vector of functions. The aim is to solve for x, accounting that

, where D is a square NxN invertible matrix. Then, multiplying by

For non-linear equations, it is necessary that matrix D must be specified. One of the methods of specifying matrix D called the Newton-Raphson method.

During the Newton Raphson iteration process,

To continue to the next step, the

Instead of computing the inverse of the Jacobian matrix

The Newton-Raphson method converges to the result in each iteration and depending on the convergence tolerance we can select the precision needed. The steps below show the process during each iteration.

Step 3 By using Gauss elimination and back substitution, we solve the eq. 1.10 in order to find

to find the convergence tolerance to determine the precision of the result. [2]

The equation for complex power expressed as

From equation 1.13, the current injection into any bus I can be expressed as:

where, Vk is a phasor, with magnitude and angle

. Moreover, the admittance matrix is complex with real and imaginary parts

A phasor may be also expressed as a function of sinusoids

Then by performing the multiplications inside the parenthesis and by splitting the equation into real and imaginary parts, we can find the active (

These two equations called the power flow equations and are used as fundamental equations for load flow analysis.

The Gauss-Seidel method used as an iterative process to solve a square system of linear equations. It uses the form

To do a power flow analysis into a power system, a set of linear equations

analogous to y=Ax needs to be solved. For every load bus load bus,

can be calculated from

The Gauss-Seidel method equation is

By using eq. 2.3 and applying it to the nodal equations

vs number of iterations using a voltage convergence tolerance of 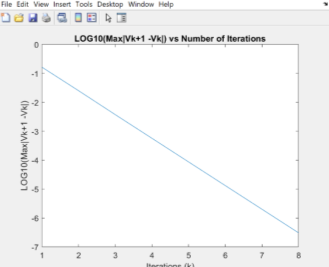 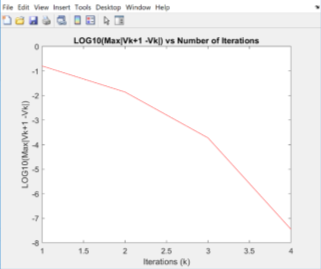 Table 2: Comparison of the Active and Reactive Power Injection values and the Voltage magnitude and angle values between the Newton-Raphson and Gauss-Seidel solutions

The two graphs above show the voltage convergence of the voltage at bus 2 using Newton Raphson and Gauss-Seidel method respectively. For the Gauss-Seidel solution, it takes eight iterations till the value of the change between each iteration (

) is below the voltage convergence tolerance (

). From the other side, Newton-Raphson method converges in half iterations, showing the quadratic convergence of the method, in contrast with the Gauss-Seidel method, which converges linearly. The difference between the two methods can be shown in table 1, as the difference between each iteration for the Gauss-Seidel method is the same, comparatively with the Newton-Raphson which the difference doubles in each iteration. Furthermore, at the beginning both methods have the same gradient, but Newton-Raphson’s gradient sharply converges closer to the result. Finally, there is no difference in active and reactive power and voltage magnitude and angle calculated by both methods. This could be due to restriction of decimal places and little changes would exist if we had more decimal places.

vs number of iterations using a power convergence mismatch of 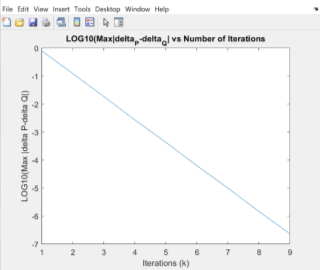 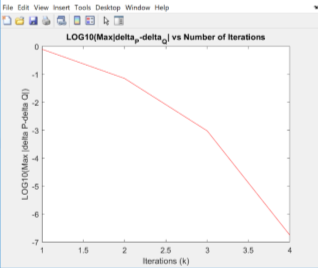 Table 4: Comparison of the Active and Reactive Power Injection values and the Voltage magnitude and angle values between the Newton-Raphson and Gauss-Seidel solutions

). From the other side, Newton-Raphson method converges in four iterations, showing the quadratic convergence of the method, in contrast with the Gauss-Seidel method, which converges linearly. The difference between the two methods can be shown in table 3, as the difference between each iteration for the Gauss-Seidel method is the same, comparatively with the Newton-Raphson which doubles in each iteration. Furthermore, at the beginning both methods have the same gradient, but Newton-Raphson’s gradient sharply converges closer to the result. Finally, there is no difference in active and reactive power and voltage magnitude and angle calculated by both methods. This could be due to restriction of decimal places and little changes would exist if we had more decimal places.

The Newton-Raphson method needs almost half iterations to converge, in contrast with the Gauss-Seidel method. Gauss-Seidel converges closer to the result diagonally, resulting in a linear convergence, which takes more iterations to compute the expected result. However, Newton Raphson method converges exponentially and has an abrupt inclination every iteration, and this explains the quadratic convergence of this method. By comparing the number of iterations of these two methods, it is clear that Newton-Raphson is much more effective. Although the Newton-Raphson method needs fewer iterations, it needs more time per iteration due to the computation of the Jacobian matrix in each iteration. However, both methods accurately converge to the same result with the precision of five decimal places and thus both can be used to provide accurate results in a two-bus power system analysis.

During the study undertaken into a two-bus power system, valuable information was acquired for the Newton-Raphson and Gauss-Seidel methods. The report demonstrateS the advantages and disadvantages of each method, as well as, analyse the results and convergence characteristics of these two methods acquired by solving a two-bus power system. To summarise, Newton-Raphson method is more efficient especially if used in large power system with advanced complexity, due to its performance. From the other side, Gauss-Seidel needs a large number of iterations compared TO Newton-Raphson and so on the use in large power systems is avoided. Moreover, this report enhances the use of MATLAB for calculating system data, as the manual computation of power flow analysis is prone to human errors. Finally, an advanced level of understanding was achieved in Power Systems and further interest has been developed.