Hackers have unwanted and unauthorised users that has knowledge of coding and has the ability to change the code that can cause problems.

Hackers is dangerous for ecommerce websites since it can have unwanted and unauthorised users that gains access to secure networks. Unauthorised users that are hackers can change certain aspects of the website. So they will have access to user’s personal information. For example, hackers can use the user bank account details to order things online from their details before the user even knows about this. So users want their details safe and secure in the right hands and not in the hands of hackers. Every ecommerce owners and users fears from getting hacked because every user detail can be shown and the reputation of the ecommerce business can be down in seconds. 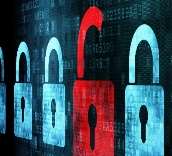 Hackers aims to steal user’s bank details and email details. They could use user bank details to order things online without the hackers spending a penny from their own account. Hackers could sell their email details to other businesses so that they can have the latest product emailed to them. This will make the user think that they signed up for this and it’s normal. They could steal company data’s which can contain very important information about everything they needed to make their business successful.

It’s a result from being hacked, so this identity theft usually involves hackers and anyone that has unauthorised access to details from other users and they could pretend to be that user.

Identity Theft aims to steal ecommerce customer’s identities. To could use the customer details to commit criminal activity or they can use it to order something from the ecommerce website.

Viruses can be caused in websites as well. It can be caused by someone else on the internet who is seeking to cause damage to someone else’s computers. A computer code can be written to gain unauthorised access to programs/files on a computer. 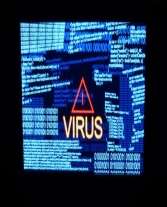 Viruses can be dangerous for computers and ecommerce websites since, the viruses can be accessed virtually (internet) through email or physically through USB Stick.  Once they can have access to programs/files then the virus will start to damage the computer programs/files. For example, hackers will send you an email and if you open the email from the internet and you click on the email link that the hacker send you then the virus will be triggered faster and it’s called a ‘payload’. The abilities of the payload enables intrusive damage and popups will be shown as it tells the user that the computer is at risk. This can be bad for ecommerce business and users because customers and people who is working for the ecommerce company could have important files that could relate to the business or personal files.

Phishing can happen by downloads from a unknown website or by third party applications usually hackers trying to get important information by mimicking and want to get a financial gain from this. It attempts to trick users to get their details like credit cards. 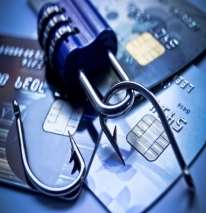 Phishing is dangerous for computers and ecommerce websites since, it can mimic itself as a well-known company, well known group etc. and they do this get the financial gain from ecommerce employees/customers. Once the user is tricked by the phishing then the details gets stolen like credit card and other important information. For example, a hacker can send you an email and link a third party application to download so once you download this third party application then the phishing begins. From there they can access your information and steal credit card or your personal information so that the hacker or anyone can use that identity. Phishing can be bad for ecommerce business/customers because important information is being stolen and it can make the ecommerce employees/customer details get leaked.

Phishing aims to leak personal information about the user, employee and business. Also maybe getting the codes to get inside of the ecommerce company.

System’s failure is a hardware that can’t function at all and the computer isn’t responding at all whatever the user commands it to do. This can happen if the motherboard and all circuits is not failing to function.

System’s failure happens if the computer doesn’t function at all or the motherboards and circuits fails to function.