The task at hand is to create a two player dice rolling game, with 5 rounds, scoring system, user authentication when logging in and a Top 5 leaderboard for the post-game sequence. There are various scoring mechanics and rulings that need to be implemented, such as if the score from the rolls is even, an additional 10 points are added to the final score. The scores of each player are to be displayed after each round and the winner to be decided after 5 rounds. If the player’s scores are equal after 5 rounds, a “Sudden Death” round is initiated, whereby each player has one die to roll the higher score. The round repeats until a winner emerges.

This is the basic overview of the task given, however I have decided to expand upon the idea. In addition to the two player mode, known as “PvP”, a one player gamemode called “PvC” is to be added, to appeal to the class of gamers who prefer to play alone. To account for the extra gamemode, a menu system is to also be implemented, which shall display the title of the game and give the user three options: PvP, PvC, and Leaderboards. The leaderboards accessed from the menu will differ from the post-game leaderboard, as it will display every score recorded, not just the top 5.

To accomplish this task, I have set up some key success criteria which, if followed correctly, should produce a well-functioning, appealing and efficient game:

General overview of how the game should run

Figure 1.1.1) Scoring: When the total is odd, the game subtracts 5 from that total.

Figure 1.3.1) Transition: This transition is displayed when moving between gamemodes/leaderboards/menu.

Figure 1.4.1.) Rounds: This transition screen is displayed between rounds. With the number changing per round, obviously. (Round 1 transition)

Figure 1.4.2.) Rounds: This transition screen is displayed between rounds. With the number changing per round. (Round 2 transition)

Figure 1.5.1) Leaderboards. Shows the name and score of previous winners, and orders based on score and if the game went to sudden death or not. Games that go to sudden death are placed lower, as score through that round adds to the total score, therefore would bias the result towards longer games which are a random occurrence.

Figure 6.1) Verification: If the name matches a name in the list, then it is accepted and allowed access

Figure 6.2) Verification: If the name doesn’t match a name in the list, then it is denied and not allowed access

Figure 2.1, Above) Menu Screen: The user is presented with the printed title card and 3 options, of which the user can choose between by typing the corresponding number at the prompt.

Figure 2.2.1, Above) PvP Mode: This is the initial preparation for the game before it starts, it imports the necessary functions, and sets up for the verification system

Figure 1: my first attempt at linking the gamemodes to the menu. It failed.

Test 1: I tried to open the external file using a similar method to opening CSV files. However, due to .py and .csv files having different properties, as expected, the file would not open as intended. 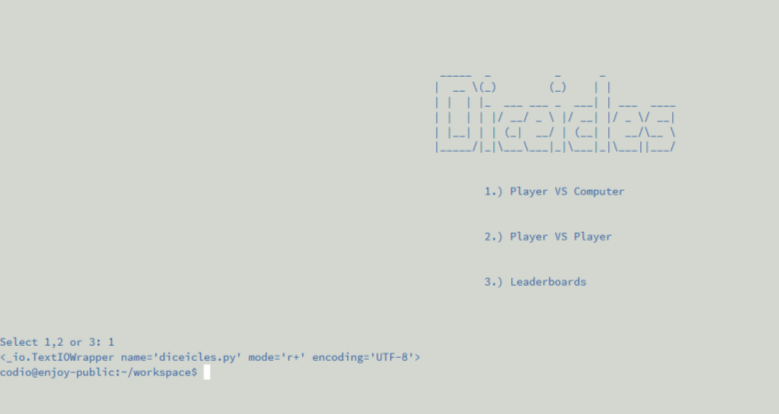 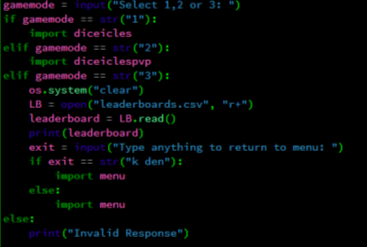 Test 2: After researching a different method, I found that the issue could be easily resolved by using the “import” function. With this, when the user types in the option they want, for example “1”, the menu imports the selected gamemode from the file tree and runs the code within that file. For the purpose of this test, when I selected option “1”, the expected output was a cleared screen with “success 2” printed. This would show that the file has been successfully imported and executed in place of the menu. The expected output was achieved, as seen in figure 5. When option “2” was selected, the expected output would be the screen would be cleared and would then display “SUCCESS”. This was also achieved. Option “3” clears the screen and displays “success 1, and 2, and 3” on successive lines. This shows that the CSV has been imported and is displaying information correctly.

Figure 3: menu with error encountered with my first attempt at linking multiple files. 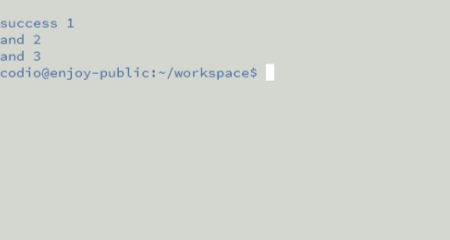               Evaluate how successful your program was.  You may find it useful to refer back to your tests

This section should be approximately 200-500 words.

How successful was my program?

My program was a huge success in terms of functionality, design and potential customer appeal. Every module for every function worked as intended, after some tweaking from the initial attempts, they run smoothly (although held back by the platform the program is being run on, some transitions are skipped/run for too long. This is not an issue with my actual work, as the bugs are random.), and look well-presented and colourful, despite Codio’s UI limitations.

What new skills have I developed?