Part B, In this part, I will be providing the differences in the security settings of the two linux distributions such as configuring the firewall in both CentOS and Ubuntu. I will explain the specific reasons why the CentOS is more stable and secure than Ubuntu.

Part C, In this part we will discuss why the clients, users or organizations use these two linux distributions and what are the other applications we can use in these and what weakness do we have in the CentOS when compared with the Ubuntu.

Creating a virtual machine – Ubuntu and Centos 7 by using Vsphere for comparing the differences and similarities and record the documentation using the screen captures.

CentOS is affiliated to red hat enterprise Linux OS and is an open-source Linux distribution. Centos is more stable and secure because of the less frequent updates.

Figure 1 – A new virtual machine is created with a Linux OS version –CentOS 7. 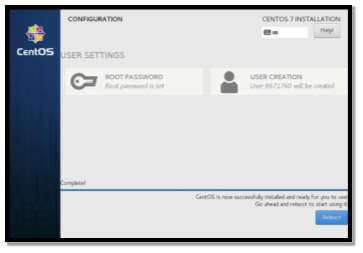 Figure 3 – Installation and configuration of CentOS

The post-installation process has several operations or functions to execute, but the first step is to assign the IPv4 address to the virtual machine by using the command – nmtui. So that it can access the internet. 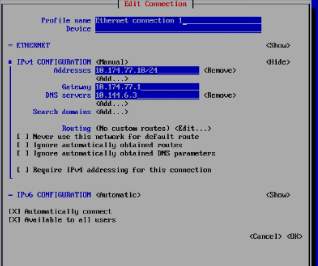 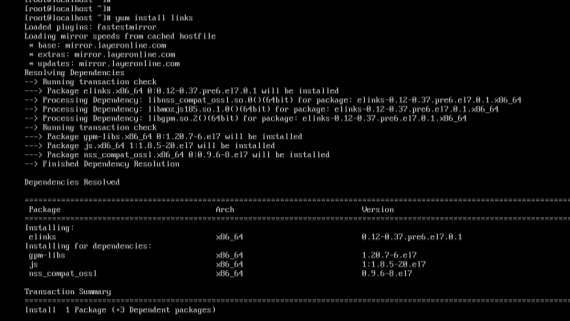 Ubuntu is also an open source Linux distribution and is based on debian architecture. Ubuntu is mainly used for both personal and professional use. Because of the frequent updates, most of the bugs that are found in the Ubuntu will be patched for the next updated version of the Ubuntu.

A new virtual machine is created using the Vsphere and named it using the condor ID: Ubuntu – 8671760 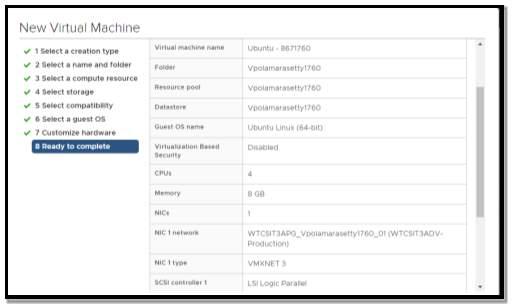 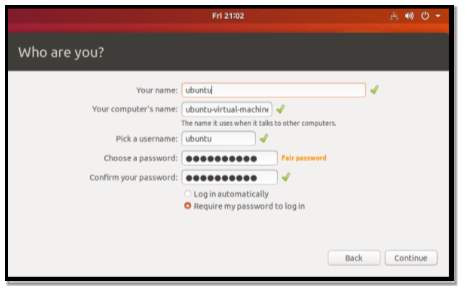 The post-installation process or information has a lot to do with the Ubuntu desktop installed. We need to install the updated software available from the software updater tab. So that all the bugs will be fixed and the Linux operating system remains safe and secure (Pradeep kumar, 2018 April 29).

Figure 12 – The software update available for the Ubuntu 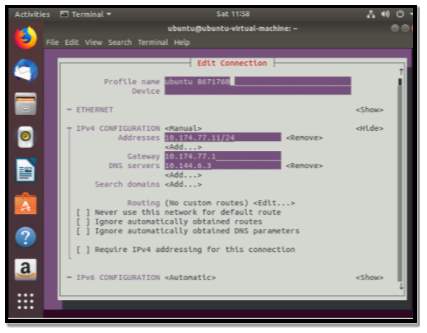 Figure 13 – IPv4 configuration for the Ubuntu 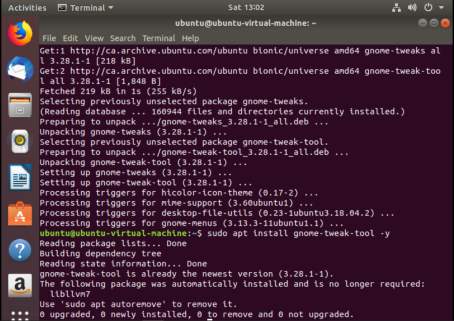 Figure 15 – Installing gnome-tweak-tools in the Ubuntu 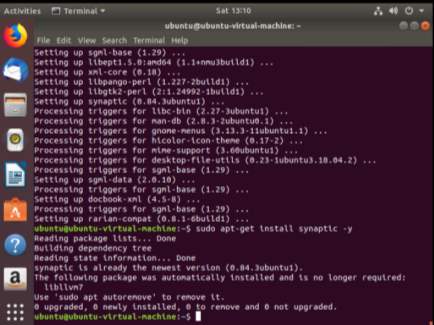 The main difference between CentOS and Ubuntu is its architecture. CentOS is highly secure and stable than Ubuntu because of the less frequent updates on its release.  The differences in the Ubuntu desktop and the CentOS security settings are its configuration and settings.

By default, the UFW refuses or denies or restricts all the incoming connections on the network. To have a secured connection, we can enable the SSH by the command – sudo ufw allow ssh. So the firewall will listen to the port 22 – file /etc/services. Figure 20 – status of the firewalld – running

In this part b, this part helped to know the differences in the security setting configured in different linux distributions.

I will choose CentOS over Ubuntu because of its stability and corporate security reasons. The reason for its stable and secure is the less frequent updates. We can download the packages with the help of a RedHat packet manager and yellowdog update manager. The reason for CentOS is stable and secure is because the CentOS software is tested for a longer period of time to fix all the bugs before it goes to the users and organizations as a real-time interface (ThisHosting.Rocks, 2019, July 15).

One of the weaknesses of the CentOS 7 is the access weakness, because of this, the administrator will not be able to change the username and the password in the system settings. The reason for this can maybe it is exploited by a man in the middle attack or by a malicious person who is able to access the internal network of the system environment.

Another weakness is the obsolete weakness with the common weakness enumeration code 676. This weakness arises when someone uses an outdated or disapproval function or softwares while building a system like CentOS using a virtual machine.

In this lab, we will add a new hard disk to an existing centos server and will execute some commands to check the output for the input changes we are giving in the CLI of the centos server. We will be creating a new partition and mount the partition to the new directory that is added.

By editing the machine settings, I added a new 1 gb harddisk to the CentOS server.

The command lsblk helps to find the device name and the size allotted to the new device, type of the device added and the mount point.

Figure 21, 22, 23 shows the steps involved for creating a new partion with maximum disk size for the new device added to the sentos server by using fdisk and the command used is fdisk –uc /dev/sdb 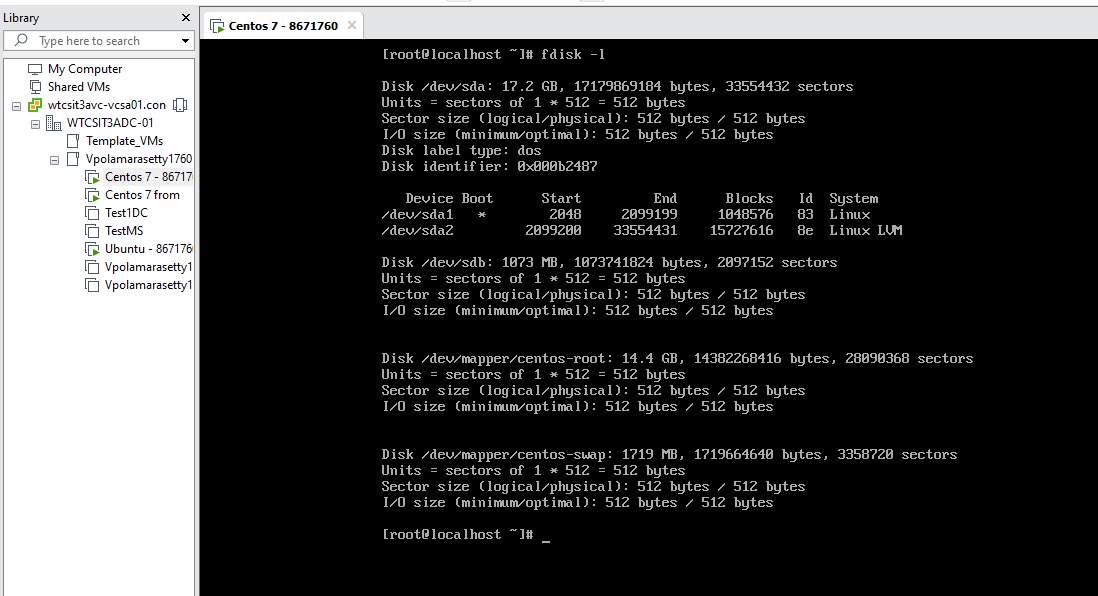 Figure 26- Printed the partion table by showing it as sdb1

Created a new directory with the command (mkdir /mnt/vpola) in the root directory and now mounting the new partition onto the /mnt/vpola. 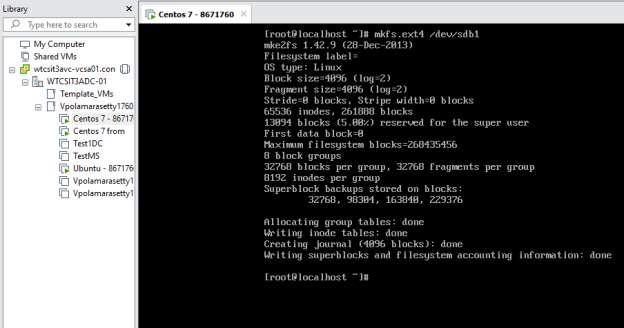 Figure 29 – mounting the new partition onto the /mnt/vpola There are many benfits of having multiple partitions – we can reinstall the backup file of the existing operating system in the computer, when it is crashed. The partition of a hard disk helps to keep the data safe from the malware and cyber attacks. After partition, it has more chance of keeping the data safe even while reinstalling the operating system secure. For an organization, partition helps to keep their data organized based on their requirements like client details, employee details, user details, log on details. We can install multiple operating systems when we have a hard disk dived in to two partitions.

The drawbacks of having a partitioning a hard drive is may be we have many partitions but physically they are stored in one single hard drive. So, if there is any physical damage or if it stops working then the user will lose all the data that is stored in the physical device. The recommendation for this problem is that we have to have a back up file either in cloud storage or in any other separate physical drive which has a strong security settings bultin it.

When we are having multiple partitions divided in to equal space, then there will be wastage in the space as not all programs or files occupy same size. It totally  depends on the organization or even on the single person requirements (Ben Stegner 2018, December 31).

In this lab, we will be learning how to install apache server by using the yellowdog update manager, checking the status of the httpd service and creating a html file and In this lab we will be able to display the contents of a html file the machine 1 from the web browser of the machine 2.

Installing the apache http server with the command (sudo yum install httpd) and starting, enabling and checking the status of the http by using the following commands used in the below sreen capture.

Figure 35 – installing, starting, enabling and status of the http server

Creating a new html file with a name – canada.html by changing the directory in to the /var/www/html. 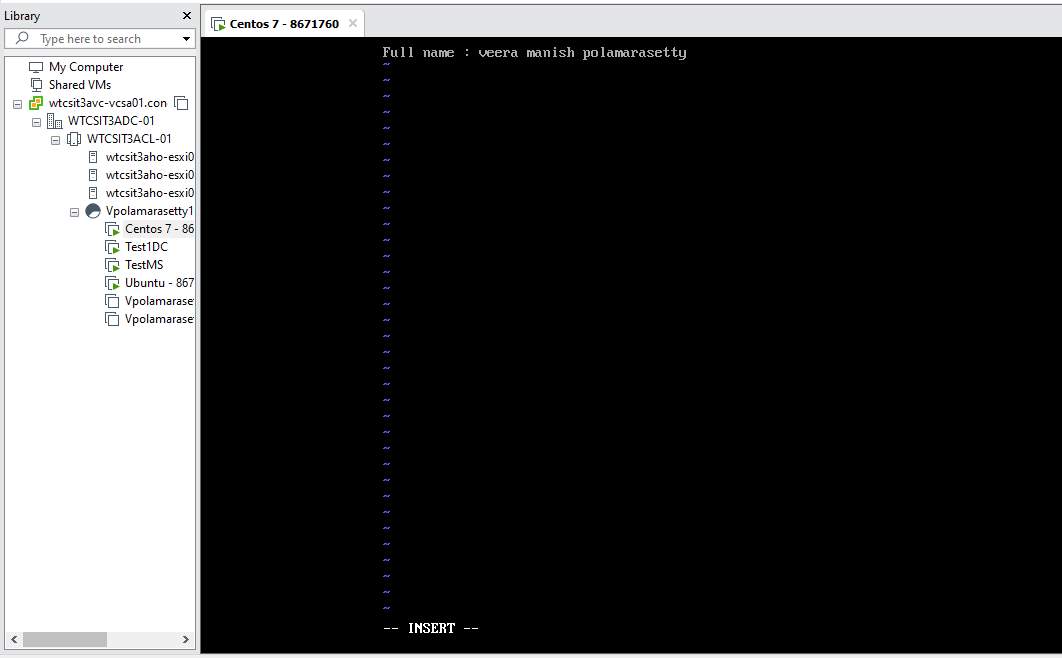 Figure 38 – configuring the firewall in the machine 1

Created a new CentOS virtual machine using Vsphere and named it as Machine 2 with IP address – 10.174.77.55

Figure 42 – Displaying the my full name in the machine 2

Figure 43 – Display the contents of the /var/log/httpd/access_log

The apache http server is used to store all the information of the web brower, right from the intial request through the url to the final output we get from the web browser – server. The apache http server stores all the log details like the time, ip address or any errors occurred by or of the user while trying to access the web site via the server. If anyone can get the access of the httpd is writing a log file. Then the person can almost get all the access of the root user and can get all the information of the clients or can even insert malicious data or can edit the log files which is a security vulnerability or a flaw.

The apache access log files are used to store all the entries of the every user visiting the web site. We can check how the dedicated web server is responding to all the requests it is getting when a visitor tries to get information about the website displayed.

The advantages of the firewall enabled is firstly, it isolates the user or client system from the treat attacks initiated by the non authorized users of the particular or respective network. A firewall is a basic network security tool, enabled for a computer by default and connects directly to the internet connection and the firewall protects from the threats. With the help of firewall, the network administrators can allow the particular ports to secure the information and computers while transmitting and receiving data from outside the internal network of the office or the organization. The firewall is created wholey with a thought of protecting the system from the unwanted intrusion. The firewall blocks the Trojan horses, stops hackers in entering into our network, stops the keyloggers in entering into the network The advantages offered by any firewall technologies of the linux distribution are many and many and priceless (Ryan Cockerham, 2018, November 5).

The disadvantages of firewall being enabled in a linux distribution are the network administrators will not be able to listen to all the ports they need to acess. For every time they want to access, they have to add the port saying that the firewall should allow to access the particular website or else the users or administrators of the following internal network cannot access the other ports other than the default ports initialized during the configuration of the firewall in the linux distributions.

Another drawback of the firewall is that there should be a network administrator who has to scan all the ports that are listening to the internal network connection of the organisation. So that the security administrator can know whether the firewall is allowing all the ports the organization requires and blocking all the unwanted or unautherized users or hackers in entering into the network.

ThisHosting.Rocks (2019, July 15), CentOS vs Ubuntu: Which one is better for a server [BLOG POST]. Retrived October 06, 2019, from https://thishosting.rocks/centos-vs-ubuntu-server/

Ryan Cockerham (2018, November 5), What are the advantages and disadvantages of Using a firewall? [BLOG POST]. Retrived October 06, 2019 from https://www.techwalla.com/articles/what-are-the-advantages-and-disadvantages-of-using-a-firewall

Ben Stegner (2018, December 31), The pros and cons of partitioning a Hard drive: what you need to know [BLOG POST]. Retrived October 07, 2019 from https://www.makeuseof.com/tag/partition-hard-drive-explained/