Physician-assisted death is not a new sensation. Since ancient times there have been requests by individuals to end their suffering through physician-assisted death and even euthanasia. Even in those times, there were multiple disagreements on this issue. During modern times, there is reliable evidence that a secret practice of physician-assisted death occurs in the western world, even though it is against the law. The medical profession and law tended to use the ‘Don’t ask, Don’t tell’ point of view on the matter (Robert H. Lurie Comprehensive Cancer Center, 2004). That was until Dr. Jack Kevorkian paraded the secret practice in the 1990s by assisting in the region of 150 patient’s deaths (Quill & Sussman, n.d.). He was sentenced over 60 years for what he did, even though the patients and families were appreciative of him and his efforts (Messerli, 2012).

There is a strict criterion that needs to be met for a patient to be considered eligible for physician-assisted death. Participation is firmly voluntary. The process for requesting participation includes two oral requests, one written requests, and waiting for a period of time among other requirements; there are no exceptions allotted for these requirements. The other qualifications for physician-assisted death are:

Physicians take an oath that they will never intentionally harm a patient. People say that physician-assisted suicide violates this oath and breaks the trust between patient and physician. There is a fear that allowing physician-assisted death opens the door to abuse of it. Patient’s lives could eventually be ended against their own free will when other treatments are more expensive, or the illness is more difficult to treat (Quill & Sussman, n.d.). Another argument is that the government and insurance companies could put pressure on the physicians to recommend physician-assisted death without trying other means first; basically, encouraging people to give up on recovery too soon (Messerli, 2012). Then there is the “sanctity of life” religious argument. Sanctity of life is the belief that human life is irreplaceable and precious so death is should never be rushed or hastened in any way (Jaret, 2016).

It should be a standard human right to be able to choose to die with dignity. As long as a person is of sound mind and is capable of making decisions for themselves, then they should be able to make such decisions on whether or not to die in pain. Keeping patients from having this choice thus making them suffer in such a way is inhumane. It would be best to help them maintain their autonomy and allow them to die with dignity. Laws can be created to prevent abuse of physician-assisted death. With these laws in place, the value of human life can be protected too. Giving patients this choice can allow them to have one last precious gift of happiness with their loved ones. No one wants to be remembered or wants to remember their loved ones suffering. Without this option, patients may choose to commit suicide leaving their loved ones to find them. For the ones that are left here on earth, Dying with dignity provides the chance to prevent any unnecessary pain or regret by giving them the ability to plan and say what they need and want to say before it is too late. Another positive is the possibility that it could decrease healthcare costs, which in turn can save estates and reduce insurance premiums (Messerli, 2012).

In 2014, a young woman named Brittany Maynard (29-years-old) was diagnosed with a stage four malignant brain tumor and given six months to live. The brain tumor, glioblastoma, was causing her to have terrible headaches, neck pain, seizures, and stroke-like symptoms. A seizure caused her the inability to speak; though she recognized her husband, she was not able to say his name. She spent months researching treatment options and came to realized there was no cure for her and the treatment options available would ruin the little bit of time she had left. At one point, she considered Hospice. Ultimately, she decided to die with the help of physician-assisted death. After coming to her final decision, she moved from her home in California to Oregon. Having this option provided Brittany with great relief. Upon her arrival in Oregon, she teamed up with Compassion & Choices (the end-of-life choice advocacy group) to advocate for physician-assisted death to be available to all terminally ill Americans. Brittany traveled and did the things she loved. For example, Brittany family created beautiful memories when they traveled to the Grand Canyon before her passing. Brittany’s family and friends had the opportunity to surround her as she died peacefully in her home versus watching her suffer as she took her final breath. Brittany utilized the Death with Dignity law and passed away on November 1, 2014. California legalized physician-assisted death in 2015 (The Brittany Fund, 2014). 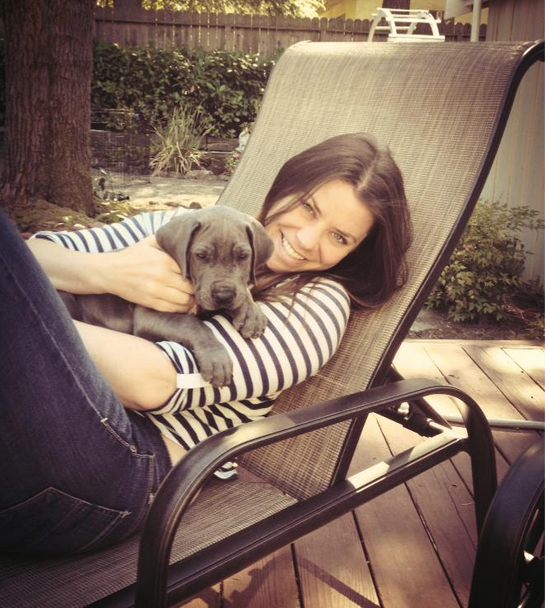 Physician-assisted death needs to be an option in all fifty states of the US. It is a viable last resort for terminally ill patients. Everyone should have the choice to die in peace and with dignity. Strict laws and criterion would to not only help physicians to know who qualifies but also to keep this option from being abused. This option would allow the patient to keep their autonomy and dignity in the end.