The Inventions of Leonardo da Vinci

Leonardo da Vinci is a famous polymath renowned for his painting s of the last supper and the Mona Lisa. Leonardo da Vinci was a talented inventor creating many creations that we use today from the helicopter to parachutes and more. Not much is known about Leonardo da Vinci’s life he was born on the 15 of April 1452 in a small town called Vinci outside of Florence. He was a smart, intelligent boy who was blackened by his illegitimate birth, his father left him quickly to marry a wealthy woman. (Leonardoda-vinci n.d.)

In 1485 Leonardo da Vinci drew what is known as an armoured car, it consisted of a circular platform on four wheels with light cannons arranged facing out. These were covered with a cone-shaped shell of panels with a turret at the top for a lookout (Hall-Geisler, n.d.). Underneath were the cranks and gears to make the wheels turn and propel this proto-tank forward, but the cranks and gears wouldn’t work as they were drawn. The mechanism, as da Vinci sketched it out, would end up turning the wheels in opposite directions (Hall-Geisler, n.d.).It consisted of a number of light cannons aligned in a circular pattern with wheels that allowed it to rotate in 360 degrees. The front would  be slanted to repel people firing at them .The machine would be powered by eight men who would consistently have to turn the cranks to power the wheels, (davinci inventions, 2008).The motion of the machine was to be powered inside of the tank who would constantly turn cranks to spin the wheels (davinci inventions, 2008).. Leonardo suggested in his notes that the thought of using horses for power crossed his mind (davinci inventions, 2008) . He dismissed it because he feared the animals would become too unpredictable in the confines of the tank (davinci inventions, 2008) .

The triple barrel organ was a steam cannon built from copper with the breech of three cannon built into a brazier of burning coals which would heat it to very high temperatures (weebly, n.d.).The design featured three thin canons that would be front-loaded and adjustable in height that was unlike a traditional canon, where one shot would be fired before reloading, da Vinci’s canon allowed soldiers to load three shots at once, enabling them to fire more frequently (inventions, davinci, 2008) .The lighter weight and large wheels allowed the gun carriage to be moved around to different areas during battle. (inventions, davinci, 2008).

Leonardo da Vinci had a fascination with flight and the sky many of his inventions revolved around this ,from 1483 to 1486 da Vinci drew what is known as an anemometer a devise used to calculate wind speed (Civitarese, 2014).It is believed that from this invention da Vinci hoped that  the device could be used to give people insight into the direction of the wind before attempting flight (Davinci Inventions, 2008) .Next to his sketches of the anemometer, da Vinci made the following notes: “For measuring distance traversed per hour with the force of the wind. Here a clock for showing time is required.” (Davinci Inventions, 2008) 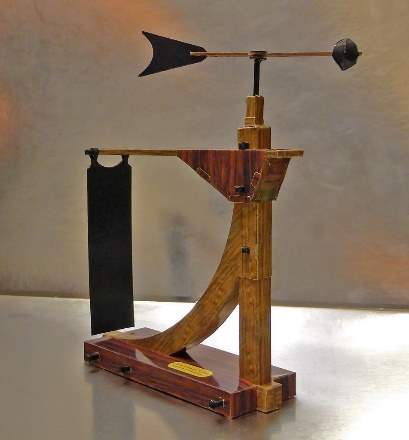 It is speculated that what we now as the helicopter was invented by him in the fifteenth century with him drawing sketches of the Ariel screw, but  the first helicopter was not built until the 1940s, its considered that the modern day helicopter comes from his sketches from the  fifteenth century , di Vinci wrote next to his sketch : “If this instrument made with a screw be well made – that is to say, made of linen of which the pores are stopped up with starch and be turned swiftly, the said screw will make its spiral in the air and it will rise high.” (da-Vinci-Inventions, 2008).He designed this device to compress the air to fly .The Ariel skew was long in shape about 15 feet, made from wire, linen and reed, it was powered by four men who would stand on a central platform turning cranks which would rotate the cranks, di Vinci believed that with enough rotation it would lift off the ground, but with the weight of his invention it would not take flight  (da-Vinci-Inventions, 2008). 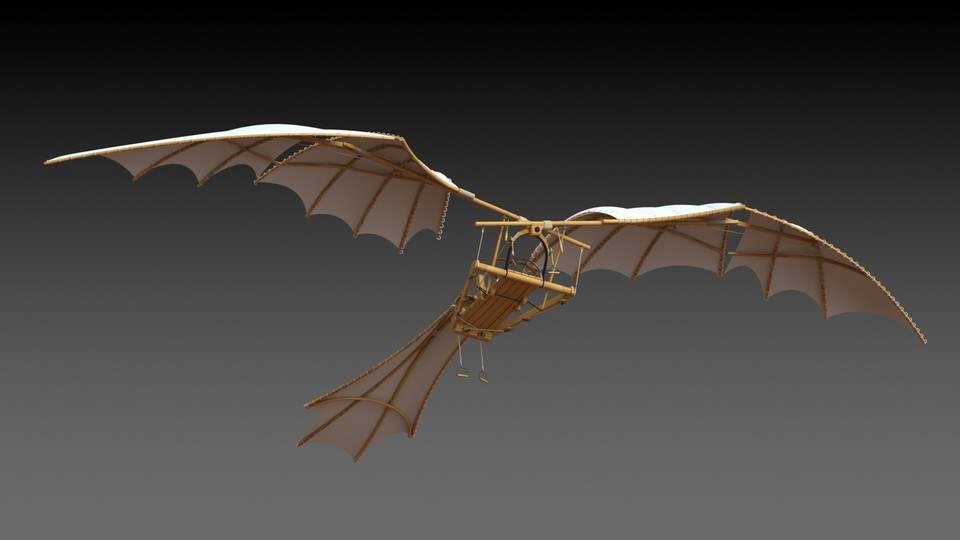 The most famous invention that Leonardo di Vinci invented in my opinion is the parachute .One of the first sketches  was found in his note book dated 1483 in his notebook he stated “If a man has a tent made of linen of which the apertures (openings) have all been stopped up, and it be twelve braccia (about 23 feet) across and twelve in depth, he will be able to throw himself down from any great height without suffering any injury’’ (Davinci Inventions , 2008), his parachute was composed of a triangular canopy instead of rounded as we use today . In 2000 Adrian Nichols built a prototype of Leonardo  di Vinci’s  sketch to test would it actually work, he crated his parachute from the same materials stated in di Vinci’s drawings rather than modern utensils which brought the weight of the parachute to 187 pounds (Carrington, 2000) , Nichols launched himself from a hot air balloon but in order to avoid having the replica crash down on him he cut himself out of the parachute freeing him at 2000 feet and using a contemporary  parachute for the rest of the way down, he reported that the ride the ride with di Vinci’s parachute was much smoother then with the modernized parachute used for landing (Carrington, 2000). 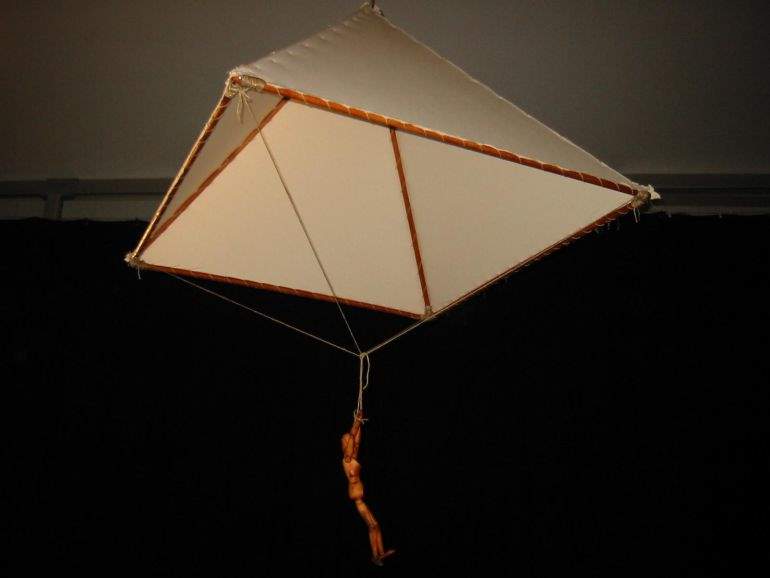 Many of the inventions Leonardo da Vinci is not known for one of them being scuba gear. When da Vinci was working in Venice Italy he designed scuba gear for attacks from ships underwater. This suit made with leather had a bag like mask what you would put over a divers head, with two tubes coming from the nose area that would go up to the cork diving bell that would be floating to the surface to the water this is how the divers would get their air to breathe, the suit was equipped with so the diver could float or sink to the surface easily by rotating a valve that would inflate of deflate the scuba gear. A diving suit based on this design using pig leather, bamboo tubes, and a cork float was built, and tested by a diver, Jacquie Cozens (The British Library Board, n.d.). It worked well in shallow waters. Leonardo’s vision of storing air in a wineskin was revisited in 1825 when an aqualung for compressed air was outlined by the English engineer, William James. The necessary valve was designed by Emile Gagnon and Jacques Cousteau in 1943 (The British Library Board, n.d.).

Leonardo da Vinci was a famous polymath renowned for his work he made way for modern day inventions that we all use today. he well known for his words of art but was forgotten in the invention world, I believe that without the words of Leonardo da Vinci that we would not be where we are today in the world of flight, rail, and sea