The golden age of Malacca ended in 1511. Empire Malacca who called to an end after the Portuguese attack Malacca under the rule of Sultan Mansur Shah.

Weak ruling government is the root cause to the fall of the Malacca Sultanate. They were overdependence on Tun Perak until they can’t find a capable leader to replace him. After the death of the Bendahara Tun Perak, Malacca lacked an efficient leader as the replacement of Tun Perak which is Tun Mutahir as a Bendahara was a weak leader because he more concern on his personal welfare and biased during his administration. Many of the ministers expressed their dissatisfaction with this aspect of the way of his management style. As a result, there were often struggles for power. Besides, Sultan Mahmud who paid only a little attention to the administration consider as a weak leader too. He enables the officers to act as they pleased. Bribing and defamation were rife and inevitably result in economic instability and discontent among the people. Corruption in administration to gain personal wealth had caused the imposed of high taxes on citizens and traders forced merchants to shift their attention to Acheh, the other trading ports. At the same time, Bendahara Tun Mutahir being accused that he attempted to overthrow the king. He evoked the anger of Sultan Mahmud so without further investigation Sultan Mahmud executed Bendahara Tun Mutahir and his family. Raja Ahmad the inheritor was also weak and inefficient. When Sultan Mahmud realized he was wrong, he handed reign to his son which was unable to help him to rule his empire. Whereas Bendahara Tun Perpatih, the successor which is also weak, ill and old.

THE WEAKNESS OF MALACCA MILITARY AND DEFENCE

Continued misunderstanding caused segregation and disunity among the people. The situation became worse and critical when the Portuguese, led by Alfonso d’Albuquerque attacked Malacca. For Malacca soldiers, they are losing of skills because they not involved in war for a long time. They had been using traditional weapons such as creese, arrow and spear during the war with Portuguese. Whereas, Portuguese used modern weapons such as cannon that clearly different from Malacca in term of range and mobility. Portuguese armed forces have well-equipped weapons and good strategic planning with the guidance of Alfonso d’Albuquerque. Before Portuguese attack Malacca, they had conquered Goa India so they have support of army from Goa India. But for Malacca, the mercenary soldiers from Jawa abandoned state during the war.

DISLOYALTY OF FEREIGNERS AND MERCHANTS

Due to the political instability, merchants who came and stay at Malacca did not believe to the government of Malacca. They even backed and supported Portuguese during their attack. For Chinese merchant, they provided huge barges on loan to Portuguese. Tamil merchant provided information regarding Malacca defense system.

THE DISCOVERY OF THE CAPE OF GOOD HOPE (TAAJUNG HARAPAN)

It is a naval passage in Southern Africa that discovered by Bartholomew Diaz in 1488. The successful of crossing of the Cape of Good Hope allowed the sailor to sail from the west which is Portugal to the East. While Prince Henry eager to locate their trading in the East that lead to the encouragement of his people to sail to East with the slogan of ‘ Gospel, Gold, Glory ‘. The expansion of Portuguese sea exploration was pioneered by Vasco da Gama. He was the first to discover the east coasts of India that help in the establishment of Portuguese. 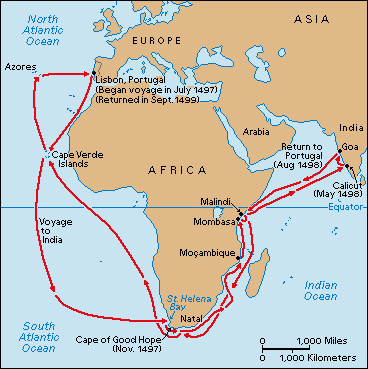 EMERGENCE OF OTHERS TRADE CENTERS

Due to the oppressive administration and the high taxes, traders started to looked for other port such as Acheh and Brunei. They had finally switched to the other ports where they can be treated fairly.

Lopez de Sequeira was assigned by Prince Henry to analyze the trade potentials in Malacca. He arrived at Malacca carrying with him a letter offer from the King. His job was to establish trade with Malacca. Bendahara Tun Mutahir and the officer who were powerful in the court were hostile towards the Christian. The merchants from Gujarat, who got the news the Portuguese planned to preached a holy war against those Muslims infidels. Unfortunately, because of the argument between Bendahara Tun Mutahir and Sultan Mahmud Shah, de Sequeira managed to get known a plot was planned to kill him and his is managed to escape from Malacca with his fleet, leaving behind several of his assistants as captives.

From the research we had make, we conclude that Malacca Sultanate Empire had gone through three eras which are the beginning and the rise, the middle and the fall of the empire at the same time it contributes a special slots in Malaysian history, because it is said to be the origin of the present sultanate of Malaysia. From the process that Malacca gone through we summarize that effective and systematic administration had lead Malacca to the best outcome. The leader himself must be a role model to make the empire grow and unite the citizen. Citizens’ power can’t be neglected because it influenced the development of any empire in the world including merchandise and traders. We are reminded that in whatever time and place unwise leadership, corruption, disunity and weak defense must be avoided or otherwise turmoil history happens again.