The Emergence of the Teenager Consumer in the 1950’s

A turning point in history the post-war cultural revolution gave rise to one of the most interesting and powerful phenomenon of that time: the youth subculture.

Supported by an uprising economic and cultural change, the teenagers of the 1950’s, left their mark in history by being the ones that turned away from tradition and started their own culture. Influenced by American style, film and music, British youngsters created a world where they could do anything they wanted because they had everything: they had the money, they had the time, and everything around them was built to fit their desires and pleasures. Nothing was going to stop them having the time of their lives.

Osgerby explains that “youthquake is a phrase charged with connotations of deep-seated generational upheaval”. It is a term coined by cultural commentators like Richard Neville, Kenneth Leech or Peter Lewis in the 1970’s. Apparently, the term “youthquake” was used to describe “the seismic transformations (…) occurring in young people lives during the 1950’s and 1960’s” (Osgerby, 2004: 16).

Since the World War Two ended, cultural changed divided the world into “two generational armed camps” (Neville, 1970: 13, cited in Osgerby 2004: 16) and Leech (1973:1) believed that the 1950’s had been “supremely the decade of the teenager” since youth culture became such an international phenomenon through the rise in “commercial interest in both the textile and recording industries”.

However, rather than being a total shock and break with the past, the youthquake had some early signs. The mass entertainment industry emerged in the Victorian Era, ready for the urban working class which had been gradually extending their income and leisure time (Osgerby, 2004: 17). A visible consumer group of this period were the working youngsters, who, with their spending power, laid the base “for an embryonic youth leisure market” (Osgerby, 2004: 17).

Young people had a healthy income and no family responsibilities therefore there were “better off than at almost any other age and could afford to go out and enjoy themselves” (Springhall 1980: 89 cited in Osgerby, 2004: 17)

An estimative study by David Fowler shows that between the wars youth’s money wages rose between 300% and 500%. Because of their lack of responsibilities, youngsters could retain almost 50% of their earnings which means that they enjoyed a higher standard of living than the rest of the family.

“A commentator in Manchester described how a nineteen year old semi-skilled youth employed in a an iron factory could earn a pound a week and, after surrendering twelve shillings to his parents for board, was free to spend the remainder on clothes, gambling and the music halls” (Osgerby, 1998: 6)

Of course, these things increasingly attracted the attention of entrepreneurs and manufacturers who were planning of creating a youth market (Osgerby, 2004: 18).

During the early 1920’s and 1930s “a hard-sell youth market” arose and cinemas, magazine publishers, dance halls and commercial music halls all started to make a profit from the spending power of the young workers (Fowler, 1995: 170 in Osgerby, 2004: 18).

The rise of the commercial youth market has occurred well before the 1950’s and 1960’s. Osgerby explains that “by the end of the Victorian Era, on both sides of the Atlantic, manufacturers, advertisers and media industries were already tapping into young people’s spending power, the trend picking up momentum during the 1920’s and 1930’s” (2004: 19).

Mort (1997, cited in Osgerby, 2004) states that Britain’s development as a modern consumer economy was slower compared to the US. If America has an economic growth during the war, Britain’s economy was “brought to its knees” after the Second World War – which meant consumer spending had a hesitant development. Consequently, compared to the US, teenage consumerism developed slower in Britain. Nevertheless, the British youth market gradually came into its own (Osgerby, 2004: 26). During the 1950’s and 1960’s standards of living were boosted by full employment and a sustained rise in money wages. That is when everything started to come into shape. 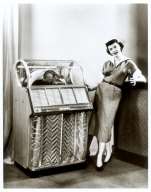 Teenagers as a consumer group – “SELLS LIKE TEEN SPIRIT”

Osgerby (1998) states that “the characteristics that seemed to set youth apart as a distinct group were not their bio-psychological attributes, but their distinctive patterns of media use and practices of commodity consumption”.

But how did these young people become such an important consumer group? Firstly, the post war era saw the so called “baby boom” which ensured a growth in the young population. The number of people aged under twenty increased from around three million in 1951 to just over 4 million in 1966 (Department of Employment, 1971: 206-207, cited in Osgerby, 2004). Just like in the United States, education expansion also helped youth in becoming a distinct social group. Secondly, throughout the 1950’s and 1960’s, during the economic boost, with the expansion of the consumer industries and reconfiguration of the traditional labour markets the levels of youth employment increased immensely. Consequently, with the growth of the teenagers spending power came the development of the youth market: cinemas, record companies, music halls, magazines, fashion houses and so on, all saw a huge expansion. Assisted by a new army of advertisers and marketers, the market started to sell products geared to the teenagers’ pleasures and desires. (Osgerby, 2004: 9, 10)

En entire entertainment industry emerged, interested only in catering for the urban working youth with expanding disposable income and leisure time. Everyday habits and tastes became simply consumer goods, and markets started to exploit them as much as they could. New products and services, new fashion styles, new consumer patterns emerged, “suggesting” the British new identities, desires and pleasure and how to live their metropolitan lives.

By the late 1950’s, youth became known for and associated with spending per se. Mark Abrams’ market research shows that “young people, more than any other social group, has materially prospered since the war” (cited in Osgerby, 1998: 26)

Youth subcultures adapted their styles from consumer objects, which was very shocking for critics of all political persuasions, since their cultural insubordination was

“allied to a consumerism that touched a very un-British hedonism as it squandered its money on extravagant clothing, pop records, scooters, over-priced frothy coffee, motor bikes, drugs, clubs and attempts to create a perpetual weekend” (Chambers, 1986: 42)

Post War reconstruction of Britain, was influenced by the expansive image of America and its industrial and cultural power. Since America was the most capitalist society in the world, it became the summation of all Britain’s fears of foreign, urban and commercial forces that would destroy the English “way of life” (Chambers, 1986: 36). The American way of life became an inspiration for the Brits, both culturally and in terms of material goods. The increased availability of cheap colour magazines “brought a proliferation of advertising for luxury commodities, much of it originating in America” (Jackson, online resource).

Despite all the protests coming from cultural intellectuals such as Richard Hoggart (The uses of literacy, 1957) and Raymond Williams (Culture and Society, 1958) who feared that Americanization would be the end of British culture, Hollywood films, commercial television, glossy magazines and consumer goods was everything the British consumers could have ever wished for. 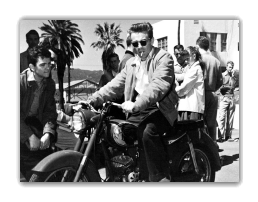 Films portrayed the life that most British people just dreamed of. One of the most known and cited films of that time was “Rebel without a cause” (1955, directed by Nicholas Ray) starring James Dean. He played the role of a bored teenager with an affluent middle class life style. Even if he had his own car and a home filled with luxury consumer goods, “Jim Stark” the character of James Dean, was full of distress, anger and resentment. He quickly became a role model for most of the British teenagers.

“The unique position of post-war teenagers, physically almost adult yet excluded from adult roles and responsibilities, with considerable disposable cash, and familiar from early childhood with the products of modern mass media healthy, well-fed, and energetic, yet involved in less hard physical work than many of their ancestors– this privileged, new position seemed merely to throw into sharp relief for them the limitation of their existence and to give them the opportunity to respond in new ways to these conditions. Music-use became one of the main chosen instruments of their response.” (Dick, 1992)

Young Brits started to turn away from their parents and the British tradition, creating their own cultural expression. Inspired by the early American rock’ n’ roll, and Hollywood films, they created a series of spectacular and distinctive British subcultures such as: 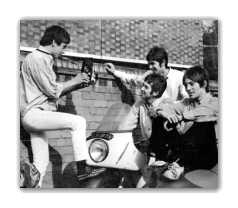 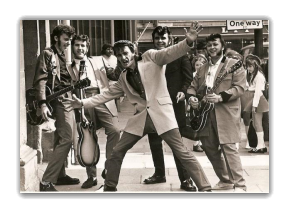 Youth culture was full of contradictions: they had a strong desire to express their individuality but they were wearing the same clothes as their mates and they were rebelling against the capitalism that they were already slaves to. (Milestone, 1999)

British history and all its changes and turns was massively influenced by the two World Wars, but mostly by the Second World War which was, according to Osgerby (1998) “a decisive turning point in the nation’s social, economic and political life”. At the beginning of the 1950’s Britain was still exhausted, both financially and morally after years of war and its cities were still bombsites. However, it was in the 1950’s that Britain started to rise again, entering a period of increased wealth and freedom, and many of the old traditional structures began to be challenged, particularly by the young (online resources).

The essay shows how the phenomenon of youth subculture and consumerism started quite early but peaked around the 1950’s, when economic, social and cultural developments provided the perfect environment. Influenced by American culture, the British teenagers created their own world, a world of music and motorcycles, of freedom and entertainment, where nothing was more important than being stylish and cool, and having things to show it.

http://www.vads.ac.uk/learning/designingbritain/html/crd_cultrev.html as accessed on the 20th Dec 2014