Anorexia Nervosa is a psychological illness whereby patients don’t “lose” interest in food but instead intentionally restrict their food intake because of the fear of being fat or gaining weight. A person with anorexia disorder may be underweight, but still has intense fear of putting on weight. They may purposely count calorie intakes for every meal to an excessive extent, over-exercising, use laxatives and other methods to get leaner.

On the other hand, Bulimia Nervosa is binge eating on food and losing control over food intakes. It involves eating large amounts of food over a short amount of time. Feeling of guilt and shame will follow such binge, resulting in compensating actions such as self-inducing vomiting, over-exercising, not eating, and abusing diuretics, enemas or laxatives.

Similar to many other psychological illnesses, Anorexia and Bulimia Nervosa are complex, multi-layered disorders that arise from various psychological, mental and emotional concerns that vary with individuals. There are many issues that have been observed leading to eating disorders, but a more prominent reason is due to the ideal body image portrayed and promoted by media which contributes largely to eating disorders among youths.

Eating disorders are so common in America, 1 or 2 out of every 100 students struggle with it (“Eating Disorders”). 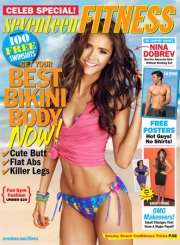 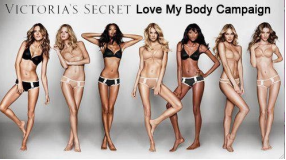 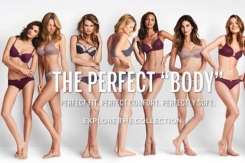 Statistics in America shows that the ideal body type portrayed in the media is possessed naturally only by 5% of American females. Report shows 47% of girls in 5th-12th grade wanting to lose weight after seeing magazine pictures, and 69% of girls in the same age group reporting that these magazine pictures influenced their idea of a perfect body shape (“Eating Disorders Statistics”). In America, beauty is portrayed as slim but with a great figure, as shown in Victoria’s Secret’s Campaign. However, media fails to portray that a size 10 can be equally hot as size 6 and beauty is not just about being thin.

Eating disorders have been regarded particularly to Western society previously; however, they have now become a more global issue with a rising rate of eating disorders cases seen in Asian countries such as Singapore, Japan, Korea, and China (Chisuwa). The ideal body standard not only affects the West, it is increasingly seen in Singapore.

According to reports from the Singapore General Hospital, more teenagers as young as 13, are being treated at public hospitals for eating disorders. Figures show an increase from 65 cases in 2011, to 75 cases in 2012 and 95 cases in 2013 (Tan). 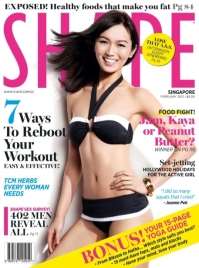 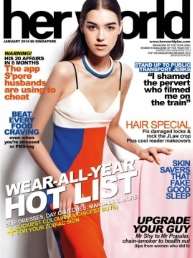 Similar how magazines in both Singapore and America portray “fit” with cover girls that are slim and the choice of words used in the front page. It influence consumers’ idea of beautiful being having the ideal shape, or body just like a magazine cover girl.

In an interview I conducted with 50 physically fit looking teens and 50 working-class women, the top physical insecurities felt are feeling fat or chubby around their tummy, thighs and arm areas, others mentioned their body physique like having a smaller/larger chest, or too broad shoulders, or not being satisfied with their facial structure. Some commented on avoiding sleeveless tops, white shirts or wearing longer skirts or pants to hide their insecurities. They also talked about how they would try controlling their diets to “not gain weight” by limiting their food intakes or skipping meals occasionally. Some said the numbers on the weighing machine impacts their perception of how “fat” they are and they will eat lesser to maintain or achieve a certain targeted weight. When shown a magazine cover page (See Fig. 4), 70% of teens admitted on being envious of the figure and wanting to lose weight to achieve it, while the rest said that it is photo-shopped and it doesn’t affect them. 40% of the working-class women desire that figure portrayed on the cover page and wants to achieve it, while the rest said it doesn’t appeal to them (See Fig. 6) 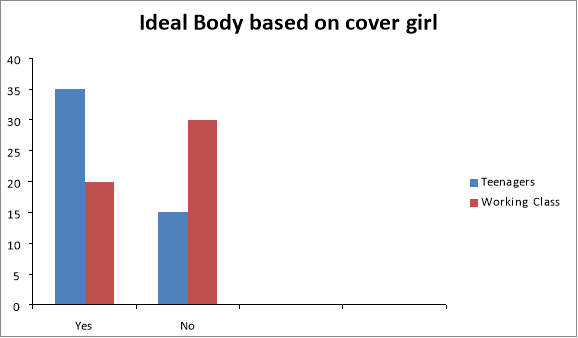 In a pilot study conducted with 26 female medical students in Singapore, 58% reported feeling moderately or very fat, despite a mean Body Mass Index (BMI) of 18.7. An alarming figure of four out of the 10 with BMI below 18 reported feeling very fat. A study conducted with Singapore Chinese school girls with an average age of 16.5 years, 56% of them felt overweight even with a mean BMI of 18.89 (Ung).

The idea of skinny-bony body structure being beautiful is often termed as “éª¨æ„Ÿç¾Ž” (gu-gan-mei) in the Asian culture, whereby you can easily see a person’s bone structure – protruding collar-bones, hip bones. That’s the idea of beauty because it looks sexy. Both Asian and American have this idea of how sexiness and beauty looks like – that you have to be skinny to be pretty. 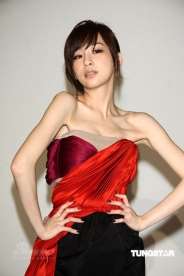 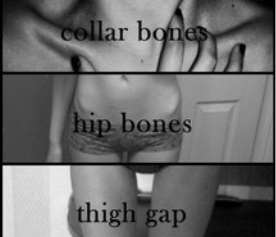 Models must be of a certain body frame and below certain weight in order to be called models. A friend of mine, who’s recovering from Anorexia, was rejected from a clothing line modelling audition and told harshly that she’s “too fat”. When in fact, the judge could have easily told her that her body type is not what they are looking for, instead of using words like “too fat”, which seriously hurts a person’s self-esteem and digs into that insecurity furthermore.

To conclude, even though majority of people suffering from eating disorders are women, there is an increasing rate of male patients as well. United States, in comparison with Singapore, have a larger amount of people developing eating disorders and media is a large medium for such influence on youths and adults. I can conclude from the interview that many are affected by the media’s portrayal of an ideal body, but American society being more liberal, are more exposed and marketed to such body ideals due to easy accessibility with public broadcast media like VS models runway shows and magazine cover pages. In comparison, Singapore has more censorship in the media.

“The Men Do Get It: Eating Disorders In Males – An Asian Perspective.”Aseanjournalofpsychiatry.org. Asean Journal of Psychiatry, n.d. Web. 19 Jan. 2015.