In Ontario, there are currently 205 reserves and 9 First Nation settlements where the people of the 126 First Nations live. As of 2016, there were 210 159 registered First Nations that lived in Ontario. Nearly half of these people lived on reserves. There are a number of First Nations who reside in Ontario but are not registered. Therefore, in reality, there were hundreds of additional First Nations residing in Ontario. The reserves were held by different groups of First Nations including the Ojibwe, Cree, and Haudenosaunee, as well as Algonquin, Delaware, Iroquois, Odawa, and Potawatomi in Southern Ontario. Many people today refer to the Ojibwa as the Anishnaabe, meaning “the people”. Anishnaabe communities hold the majority of the reserves in Ontario and the largest reserve population is the Six Nations of the Grand River (Hele, K., 2019).

There are many significant Indigenous sites in Southern Ontario. One important burial site to the First Nations is in Ipperwash Provincial Park. Burial sites are extremely sacred to the Anishnaabe because of the vital relationship between the Dead and the Living. It is the job of the Living to ensure that the Dead are respectfully buried in a place where they will be protected from disturbance where they can be visited by the Living. Additionally, the dead is buried without a coffin so there is not disconnect between them and the soil from the Earth. This is partially why their land is so important to them, because their ancestors are present everywhere in their land. This relationship and tradition is a vital and sacred part of the Indigenous culture. The burial site at Ipperwash Provincial Park was very sacred to the Mohawks as it marked their traditional territory. It was threatened when there were plans to turn the site into a golf course. Rather than accepting that their land was being stripped away from them, the Mohawks fought for their sacred territory. After years of fighting for their land and the burial site where their ancestors lie, the government stepped in and bought the land to benefit the Mohawks. This cancelled the plans for construction of the golf course, protecting the burial site in Ipperwash Provincial Park. This was an extremely important accomplishment as they were able to keep their tradition and sacred relationship between the Dead and the Living (Aboriginal Burial and Heritage Sites, 2006)

Another significant Indigenous site is the Memorial park trail that begins at the mouth of the Credit River and extends through water and sacred islands. This trail is important as it represents the First Nations’ hunting and fishing rights on both land and through water. It is a representation of the spiritual journey of the First Nations people as they collect sacred plants from the woodland, like sage, sweetgrass, tobacco and cedar. All four of the sacred plants of the First Nations are very versatile. Sage can be used for healing, calming, and purifying. Sweetgrass is used for braiding, basket making and in ceremonies. Tobacco is used during rituals at important stages of life like birth, marriage and death. Cedar can be used as an anti-inflammatory or cleaning. These four plants can also be used together to promote positive energy. Therefore, the importance of the Memorial park trail is evident through the presence of these four sacred plants. The trail also connects to the Celebration/gathering Island where First Nations perform ceremonies near their ancestors’ burial ground. The trail encompasses the most important elements of the Indigenous culture from sacred plants to hunting and fishing in the Credit River. It is also a representation of the land that belonged to the First Nations and its importance to their culture (Ahmed, A. & Cooke, S., 2014).

Land has always been a sacred and important part of the Indigenous culture. The history of Aboriginal culture is embedded into the Earth for archeologists to discover. There is a strong connection between First Nations and their land; it is where they are born, where they live and where they will die. They are one with the Earth, which is why their land is so important to them. Their history lies within the Earth through artifacts, documents, maps and memories.

Aboriginal culture has changed through history but one of the things that remained constant is their connection to their land and its importance to them. There is a presumption that First Nations have lost some of their culture or history but they have retained traditional knowledge that has been passed down through generations. Their land is sacred and when they use something given to them by the land they make use of all of it with no waste. To ensure they do not waste anything, they only take what is needed; they will not hunt or fish for more than they need and will not gather extra for storage. In addition, everything they got from their land had multiple uses, especially their four sacred plants.

Place making is using certain strengths to create a presence in the community. Indigenous place making was used to restore the Indigenous presence and acknowledgement in Canada. This is important to the First Nations to feel a sense of belonging. If they cannot see a representation of their culture in their environment, there is a lack of connection between their identities and their land. When this happens, there is a lack of belongingness in the community, which is why place making is so important to make Indigenous people present and connected.

Treaties reference natural features of the landscape to mark boundaries for ownership over land. The Royal Proclamation of 1763 recognized the ownership of the First Nations over their lands and stated that only the Crown would be able to purchase First Nations’ lands.

There were several treaties negotiated in the 1700’s. The Treaty of Niagara was signed in 1781. The Crown met with 24 First Nations, including the Mississaugas and a 4-mile strip of land that connected Lake Ontario and Lake Erie was given up to the Crown. In 1792, treaty 3, or the Between the Lakes Treaty was signed, which encompassed approximately 3 million acres of land between Lake Ontario and Lake Erie. This was the largest sum of land that the Mississaugas lost to the Crown. 6 years later in 1797, the Brant Tract Treaty, also referred to as treaty 8, was signed. The Crown purchased 3450 acres for the Mohawk Chief Joseph Brant in recognition of his service during the American Revolution. The territory involved in this treaty is now known as Burlington and Oakville.

In the 1800’s there were numerous additional treaties that were negotiated. The Toronto Purchase Treaty, treaty 13, was negotiated in 1805. The Crown discussed the invalid Toronto purchase from 1787 and purchased 250 800 acres of land. The Mississaugas gained the exclusive right to fish on Etobicoke Creek. A year later, treaty 14 or the Head of the Lake Treaty was arranged. It included a 6 mile stretch of land from the north shore of Lake Ontario to the southwest of the Toronto Purchase, land that is now known as Mississauga and Oakville. The Mississaugas received trade goods and the sole right to fish at the 12 and 16 Mile Creeks as well as the Credit River. The Ajetance treaty, treaty 19, was negotiated in 1818. The territory involved covers approximately 6500 square kilometers, land that is now known as Brampton. It involved 648 000 acres of land that was used for goods. Treaty No. 22 involved the purchase of reserves at 12 and 16 Mile Creeks as well as the northern and southern portions of the Credit River reserve. The proceeds of this purchase were dedicated to education and religious instruction, also known as Residential Schools. However, 200 acres of this land was reserved for a Mississauga village site. Treaty No. 23 involved the central portion of the Credit River reserve, as well as its woods and waters. Both Treaty No. 22 and Treaty No. 23 were negotiated in 1820 (Refer to Figure 1 in the Appendix).

In the 1900’s, after World War One and Two, the First Nations started to receive compensation for all the land they lost in the 1700’s and 1800’s. The Railway Claim Settlement made the Crown pay a compensation of $289,800 for the loss of First Nation reserves to a railway site. The Toronto Purchase Claim occurred when the Mississaugas of the New Credit First Nations (MNCFN) claimed that the government took more land than what they had agreed upon. In both the Toronto Purchase Claim and the Brant Tract Claim, the MNCFN made a claim against the government, saying the Crown had paid less than what was agreed upon. Over 20 years after the claims were made, a settlement of $145 million was made for the Toronto Purchase and the Brant Tract together.

Currently, there are 2 major claims by the MNCFN, the Rouge Tract Claim submitted in 2015 and the Mississaugas of the Credit Water Claim submitted in 2016. The Rouge Tract Claim asserts the Aboriginal title to the Rouge River Valley. The Mississaugas of the Credit Water Claim asserts that they have an Aboriginal right to all water, as well as lands under the water and flood plains within their territory. The First Nations are still fighting for their rights after the hardships they have gone through to watch their land be taken away. The Mississauga Accord was signed in 2016 to signify unity and cooperation among the Mississauga Nations. Hopefully, this Accord will allow the First Nations to gain respect and acknowledgement. 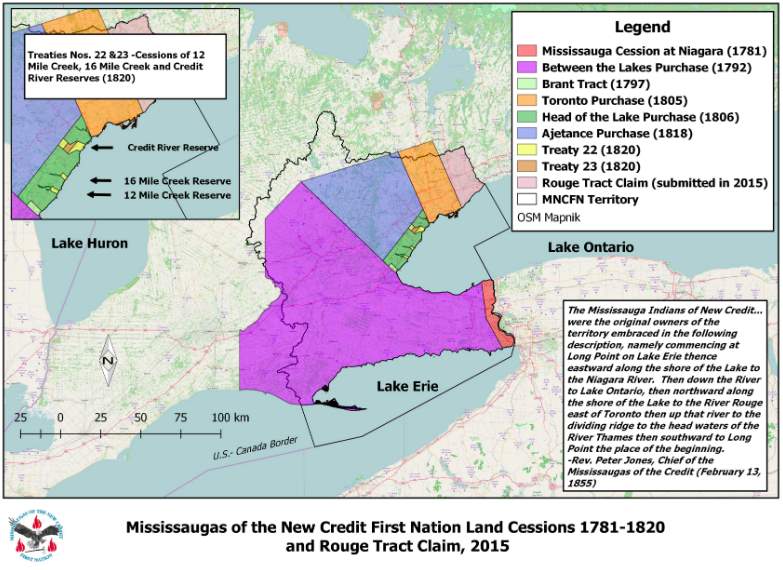 Figure 1: Treaties and the land corresponding to them that involve the Mississaugas of the Credit First Nations (Treaty Lands & Territory, 2019).