After devoting my time in this research, I clearly understand the concept of how earthquakes are formed and how they occur over the period of time. I found that sea bed increases in surface area when the magma drills up and eventually cools down. The formation of our continent that occurred from 400 million years ago, the rigid terrain in the dessert and the tallest mountain that we have today are all evidences of plate tectonics which caused the earthquakes to occur. I also found that convection cells create hotspot in which magma drills up during a divergent boundary.

The solution from experts all refer to common goal of studying landforms where earthquakes are most and collecting the seismographic material over many decades in order to get the data to predict an estimate of when the next earthquake may strike. Solution is to prepare for the worst and I have carefully outlined my solution in this report. The solution can also include international ties between countries. Any country hit by an earthquake can get a relief through charitable donation to help during difficult times.

What is an earthquake?

The earthquake is the sudden movement of the ground that discharges elastic energy stored in the rocks and generate seismic waves. These elastic waves radiate outwards from the “source” and vibrate the ground.

What are the earthquake seismic waves?

A seismic wave means the transferring of energy with vibrations from one spot to another within the earth. There are different types of waves but we are interested in only two types of seismic waves: P (primary) waves that are similar to sound waves, and S (secondary) which is a type of shear wave. Within the earth, P waves travel through the solids and the liquids, whereas S waves can only travel through the solids. 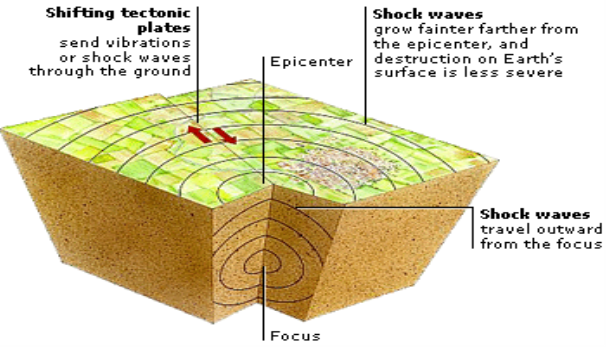 Figure 1 describes the waves that radiates from the center of the focus point of earthquake. It gives the way that earthquake take place through the sudden movement of tectonic plates and causes the waves to spread from the epic centre.

The speed of the earthquakes is not constant but it varies with many factors. It is mostly affected by the depth and the type of the rocks.

Figure 2 shows the P type and S type seismic waves. In P type, the compressed rock propagating in the same direction as the compression. Also, the P type wave moves faster than S type. In S type, liquid matter prevents S waves from spreading. It moves up and down or side to side. 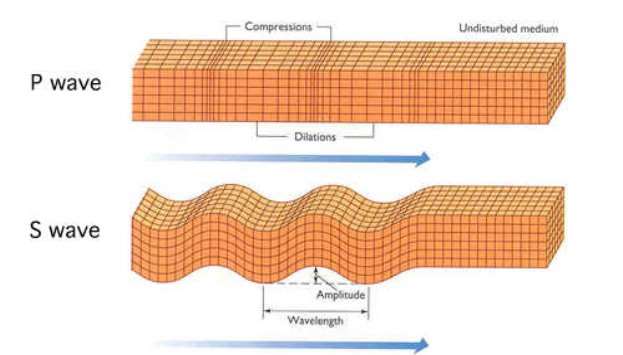 Causes of an Earthquake

Earthquakes are caused by the movements of plates under the surface of the earth’s crust. Movement between two plates is not smooth and it causes elastic energy to gradually build up over time. When we feel the ground is moving or shaking this energy is released as seismic waves from the epic centre. They usually occur on the boundaries of the plate margins which cover the earth like an egg shell.

There are two main causes of earthquakes. Firstly, earthquakes can be linked to explosive volcanic eruptions. When a volcanic eruption occurs, lava spreads across the land (Skinner and Murck, 175). These are very common in the areas of volcanic activity where they either follow or accompany eruption.

Figure 3 shows the image of volcanic earthquake eruption occurs and spreads the lava around it.

Secondly, earthquakes can be triggered by tectonics activity related to plate margins and faults. The majority of the earthquakes occurring all over the world are caused by this process. Convection cells under the earth’s crust create a push and pull mechanism and forces the plates to move creating interaction between the plates. 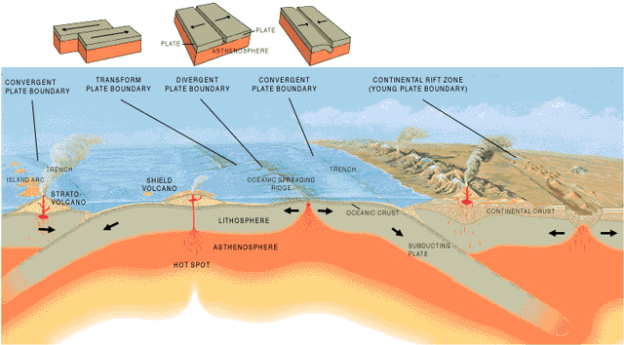 Figure 4 shows the process of plate tectonics occurrence. The plate tectonics tells us that the earth’s crust is broken into two different types of plates known as the oceanic and continental plates. These plates can slides over each other and are floating over the uppermost layer of the mantel and convection cells. The plates are in constant motion. Along their margins where they usually interact, important process such as the formation of mountain belts, earthquakes and volcanoes take place. 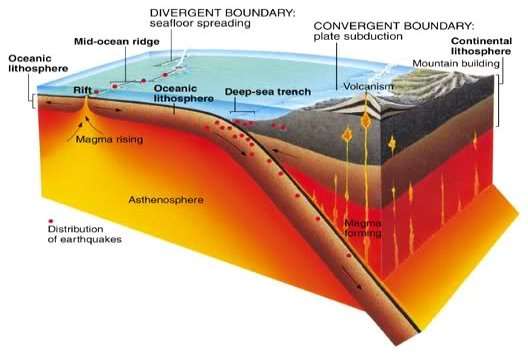 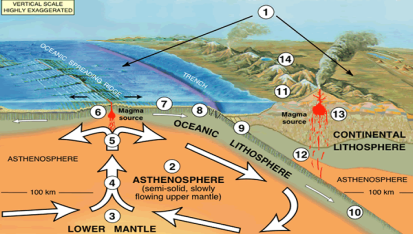 Figure 5 and Figure 6, both are the same which describes the procedure of the causes of an earthquake. If we carefully observe both the Figure, we see the numbering that describes the way to take place. We see that the less dense oceanic plate collides with the continental plate (more dense) and sinks down and melts due to the high temperatures of the mantle. Also, if we observe the subduction zone, that’s what really, causes an earthquake. It is the constant colliding of the two plates that causes an isostatic rebound and stress to release the energy.

Heat from the mantle causes the plates to grind against each other along plate margins commonly known as faults. The convection cells help the plates to move in a particular direction and since the plates are not smooth, they usually find their motion blocked. As a result, due to the tension and stress builds up, the fault breaks, energy is released in the form of seismic waves. 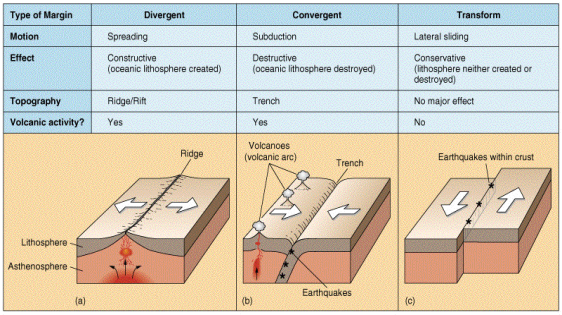 From the above figure,

(1) represents the Divergent where the plate move away from each other, leaving a gaping hole for the hot spot. This usually leads to volcanic activity and new land formation.

(2) Represents the Convergent which is most destructible. High chances of volcanic activity are expected due to the subduction zone. The melting of the less dense oceanic plate sinks along with water which evaporates and moves up with boiling magma.

(3) Represents the Transform where the plates, which are not smooth at all, slide alongside each other causing massive vibrations and with enough build up of energy can also cause the huge earthquakes.

Effects of an Earthquakes

The effects of earthquakes towards the nation can be described in two categories: long term and short term. Long term effects can be the formation of new land, mountain folds and the deep trenches formed by the upwelling of magma at the hot spot. The short term effects can be the seismic waves that are generated during the impact, the broken pipe lines, landslides, mudslides, and the collapsing of the buildings. 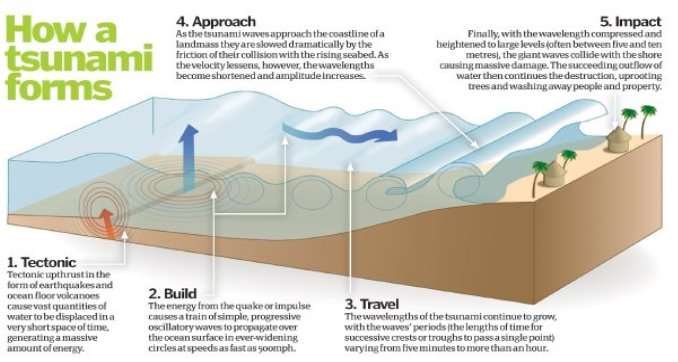 Figure 10 shows the formation of the tsunami waves due to the movement of the plates that cause the earthquake to occur in the sea.

Figure 11 shows the image of tsunami that takes place in Japan in 2011.

When an overriding plate along subduction zone suddenly breaks free, it moves upwards raising the sea floor and the water above. The waves move outwards in ever-expanding circles. As they approach land, water recedes from the shore. They are able to cross the entire oceans without a great loss of energy. 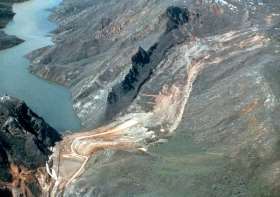 Figure 12 and Figure 13 shows the views of landslides takes place.

Landslides are rocks, earth, or debris flows on a slope due to gravity. During an earthquake, the seismic waves can shakes the ground, enough to cause a landslide, easily on a slope. The effects can be devastating, as the debris won’t stop tumbling down until a flat plain is reached or an obstacle bigger than it is encountered. 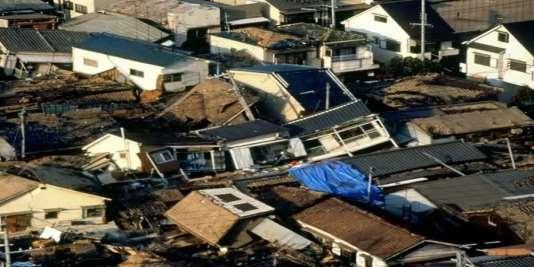 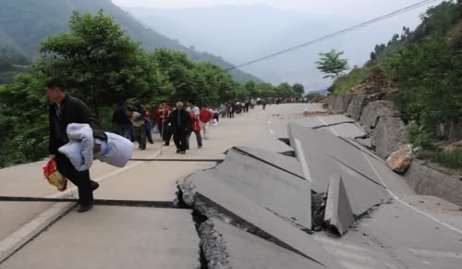 Figure 13 and Figure 14 shows that effect of earthquakes on the buildings and roadways.

After an earthquake, damages occur to buildings, bridges, roads and everything that stand on its own. As a result, large numbers of people may be died, injured or homeless in the aftermath of an earthquake. 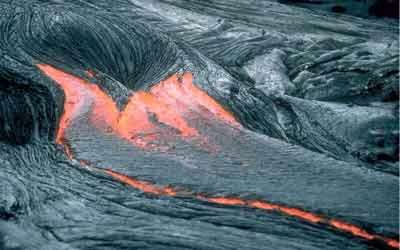 When the divergent boundaries moves away from each other, magma rises up and cools down to form a new landform. It can form on the land and on the sea bed, increasing the surface area as shown in Figure 15.

Solution of an Earthquake

Over many years, researchers and scientists have tried to find at least a reasonable prediction of an earthquake to when it will occur, however, it is a natural disaster that can strike at any point in time that look how big the earth surface is. So, the data collecting from every fault margin for epic centre is physically possible. Moreover, we cannot physical see an earthquake approaching, it’s just energy (seismic) waves travelling that can compress and shear. Although, there are several ways to be alerted and predict from the incident to be happen. These ways are as follows: 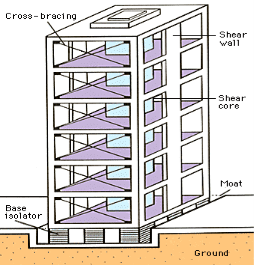 Statistics of an Earthquake 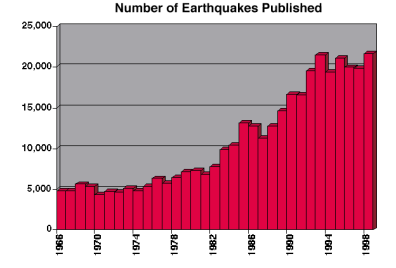 In my opinion, I believe that finding exact solution of earthquake still needs time to evolve, as it is hard to predict that when an earthquake will strike. It is obvious that prediction can be made from the relevant occurrences of that same activity, but still will not be accurate enough to evacuate millions of people and move then to safe place.

At last, I do not believe that we can stop earthquakes, not even in millions of years. It is something naturally unique that cannot be stopped. The only option is to move away from the regions which are prone to earthquakes regularly and to evacuate people who reside near volcano and prepare for the worst case situation until the things can be reasonable fixed.