Rhine River and its Stakeholders Narratives

Generally speaking, the River Rhine is 1300km long – 800km of which are navigable – and its basin spreads over an area of 185,000km2. However, it is important to state that the Rhine river basin is shared by nine countries. So, the River Rhine is a major water way that  originates in Switzerland where the Vorderrhein (The Upper Rhine) and Hinterrhein (The Lower Rhine) rivers join(EU WATCH, 2007-2011) . Consequently, the flow of the river is northwards to Lake Constance after which it flows westwards before turning North-East, where it enters the North Sea through the delta region of the Netherlands (EU WATCH, 2007-2011). Therefore, the river basin land area occupied by the various stakeholder countries is as follows: Germany (55 per cent of basin area), Switzerland (18 per cent), France (13 per cent) and the Netherlands (6 per cent); and they share most of the basin land area (Wolf et al, 1999). However, it is essential to note that parts of the river basin in Austria, Belgium, Italy, Liechtenstein and Luxembourg are very small. Hence, the occupancy ratio of the river basin land area, to a great extent, is a major determinant of the level of stake holding in the Rhine River.

Nevertheless, there are some other stakeholders such as Central Commission for Navigation on the Rhine (CCNR); the Salmon Commission; the International Commission for the Protection of the Rhine (ICPR); International Meuse Commission (IMC); Representatives from the agricultural sector; Environmentalist Groups; Representatives from Industries; and Water users and water providers. Besides, Timmerman et al., (2010) cited (Huisman et al, 2000) who postulated that about 60 million people live in the basin. Hence, the average discharge at the mouth is 2200m3 s–1. Therefore, the hydrology and flow distribution throughout the year are favourable for navigation, which explains why it represents one of the most important transport routes in Europe. 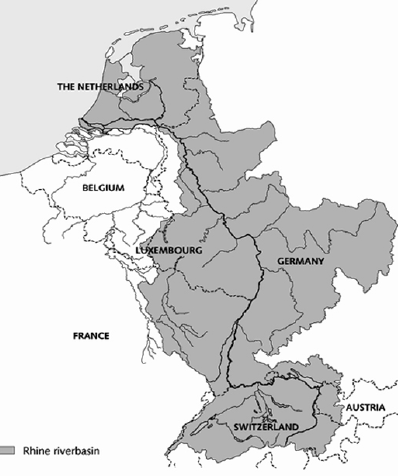 Now, having given the descriptions of the Rhine River and its stakeholders as stated above, one would deal with the stakeholders’ analysis using the following prompts:

Uses of the River Rhine

Historically, the Rhine River is known for its navigable waters used for shipping and industrial services (including cooling water), fishing purposes as well as supplying water for agriculture. Furthermore, the River Rhine is also used to provide hydro- power electricity generation, providing domestic potable drinking water for over 20 million people, and also used for tourism and recreation purposes. Apart from navigation, the river is also used for waste water disposal purposes.

Challenges Faced with the Usage of the Rhine River

Undoubtedly, there is large dependence on the river for different purposes as the major cities are all situated along the Rhine or on its larger tributaries. Therefore, the development of these cities is strongly dependent on the water resources of the Rhine River. For instance, the river connects the port in Rotterdam, which is the world’s largest inland port in Germany. Note worthily, the activities undertaken within these cities impact on the waters of the Rhine and its tributaries. Similarly, the problems and issues that have faced the development of the Rhine are like those currently facing water resources managers in large cities today. A specific issue is the high demand for water for a range of uses along the Rhine. Therefore, this demand has significantly increased over time.

More so, the Rhine has 6 industrial centres along its borders, and this includes an automobile manufacturing facility. While the Rhine also supplies drinking water for over 20 million people in the basin, over half of its watershed is used for agriculture. It is pertinent to note also that fishing in Rhine River was a huge economic activity until the 1950’s. According to IKSR, International Commission for the Protection of the Rhine (n.d) report, water pollution occurred in the river as a result the fire in one of the chemical industries which caused leaching of chemicals into the water.

Although, this pollution was contained, the salmon fish species found in the water had to be reintroduced into the river, as they mostly died due to the toxicity of the water. Due to the above reason, and several other little trans-boundary conflicts, there came the need for some international cooperation to be started in 1815, which are still on-going®. Particularly, the international cooperation was formed to resolve these conflicts and manage water problems such as water supply, flooding, water quality, salt intrusion, water pollution, energy production, transport and institutional arrangements. Presently, the current population of the river basin is approximately 50 million®.

More importantly, some of the international regulatory bodies overseeing the Rhine River management, protection, conservation and preservation are as given below:

The International Commission for the Protection of the Rhine (ICPR).

The principle institution involved with the management of the Rhine River is the International Commission for the Protection of the Rhine (ICPR). It was founded in Basel on July 11, 1950 by countries bordering the Rhine – Switzerland, France, Luxembourg, Germany and the Netherlands®. It was created as a common forum, where questions relating to the pollution and management of the Rhine could be discussed and solutions sought for. The driving force behind the setting up of the commission was the Netherlands®. As the final downstream riparian, they were having to contend with high levels of pollution and floods on a regular basis.

The mission of the EEA is “to support sustainable development and to help achieve significant and measurable improvement in Europe’s environment through the provision of timely, targeted, relevant and reliable information to policy making agents and the public”®.

Although not specifically focused on water or the Rhine River it is an important agency in the monitoring of the water quality of the Rhine. It is also responsible for the implementation of EU regulations regarding the river.

International Commission for the Hydrology of the Rhine Basin (CHR) 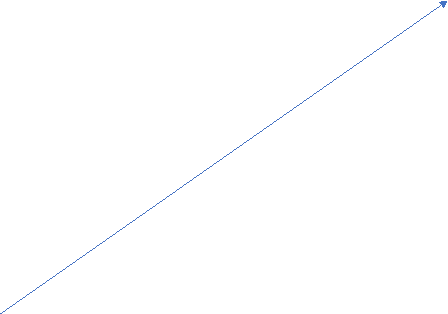 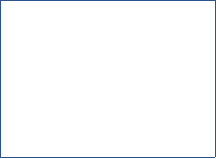 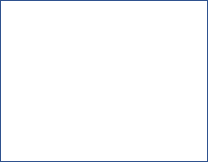