Population ecology is the objects of study of which are the change in the number of populations, the relationship of groups within them. Within the framework of population ecology, the conditions under which populations are formed are being ascertained. It describes fluctuations in the numbers of different species under the influence of environmental factors and establishes their causes. The main factors that effect on the size of population are density, abundance and distribution (Friedl, 2019).

In this experiment were used few methods to estimate the population of the species: Removal method and Mark-Recapture method.

This method involves trapping an animal, marking it in such a way as not to harm it, and releasing it where it was caught, so that it can continue normal livelihoods in the population. For example, gill covers of nets caught by fish are attached to aluminium plates, or rings are put on the legs of nets caught by nets. Small mammals can be marked with a paint, incise the ear or cut off the fingers, arthropods are also marked with paint. In any of the cases, a form of coding can be applied that allows one to distinguish individual organisms. The captured animals are counted, a representative sample of them is tagged, and then all animals are released to the same place. After some time, the animals are again caught and the number of animals with a label is counted in the sample (khanacademy.org, 2019).

The population size was estimated by using the following two formulas:

In the first experiment (Mark-Recapture method) were used jelly beans. And for Removal method were used white beans and the brown beans instead of pinto beans. 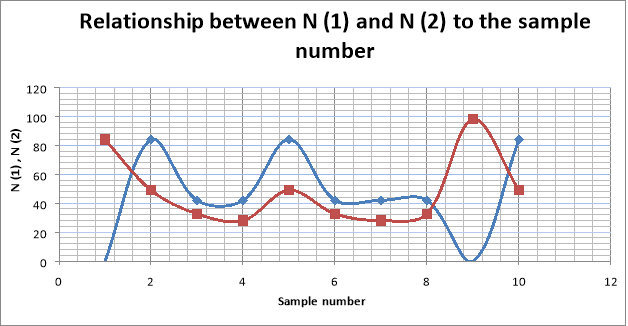 Figure 1. The graph is showing the relationship between two population estimates to the sample number. Blue colour represented N (1) and Red represented N(2). 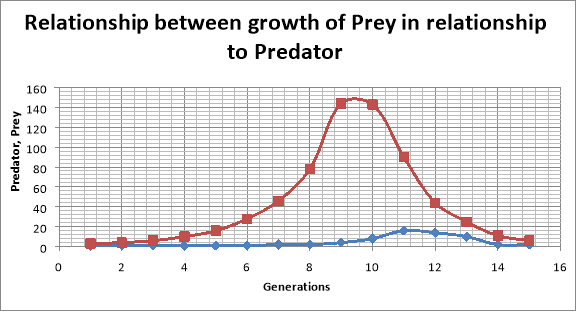 For Mark-Recapture method (Table 1, Figure 1) were used two formulas. Formula Number one: N (1) and formula Number two N (2) respectively. Despite that results from both formulas were close enough to each other, but it was considered that the results from formula N (2) were more accurate and closer to the real actual number of population. This happened because N (2) in this formula you are adding “+1”, which preventing calculation from negative numbers or zero.

In removal method (Table 3) most of the sampling efforts were consistent: 6 times were the same numbers, and the rest trials were biased for +/- 1, 2 or 3. This means that the population estimate would not be highly biased.

The Prey-Predator simulation represents animals population cycle during the time periods and generations. It models the dynamics of prey and predator in the nature.