According to Brundtland report of 1987, sustainable development is the developments that enable the present generation to meet their own needs, but at the same the same time, the development does not compromise of the ability of the future generation to meet their own needs. In June 2012, the United Nations Assembly organised a conference at Rio De Janeiro in Brazil, and the member states developed seventeen sustainable development goals. Of main importance was the Sustainable Development Goal 13(Climate action) as the member states believed that climate change acts as the main hindrance to the the attainanment of the goals. Before this meeting, the Earth Summit organised at Rio Brazil in 1992 adopted three conventions, and one of them is the United Nations Framework Convention on Climate Change (UNFCCC). The main aim of this convention was to ensure that member state would work in partnership with each other so that they could be able to limit the global temperature increases and climate change and to cope with their impacts. To achieve the goals of the UNFCCC, the signatories agreed on the Kyoto Protocol in 1997.  The agreement on the protocol happened after the signatories realised that huge sacrifices needed to be done to reduce emissions. The Kyoto protocol came up with targets in reductions of emissions which were legally binding for the developed countries. Kyoto protocol operated in top-down strategy. In 2013 the second commitment period of the Kyoto protocol began and will end in 2020, and 38 developed countries are participating. This phase will be  covered in the Doha amendment, and the signatories aim to reduce their emissions by 18% below the levels of 1990. For further efforts to achieve the aim of UNFCCC, the member states held a conference at Paris in 2015 and made an agreement, a Paris Agreement whose main aim is to strengthen and accelerate a global response in combating the threat of climate change (Rosenzweig, 2016). The stipulated actions for achievement of the Paris Agreement goal are;

Climate change is a global issue as it affects everyone in the universe. The world’s largest greenhouse gases emitters are India China U.S. and European Union. Agreements such as the Paris Agreement and the Kyoto protocol are essential to the whole universe as they aim to combat climate change. A research done by Professor in University Ohio showed that there was a direct correlation between CO2 increase and temperature increase in the past 200 million years ago.  However, lately, it has been noted that the increase in CO2 does not correlate to increase in temperature. In his research, Nuccitelli et al 2012 argued that much of the temperature increase caused by increased CO2 in the atmosphere is stored in the high depths of oceans as shown in Figure 1 below. 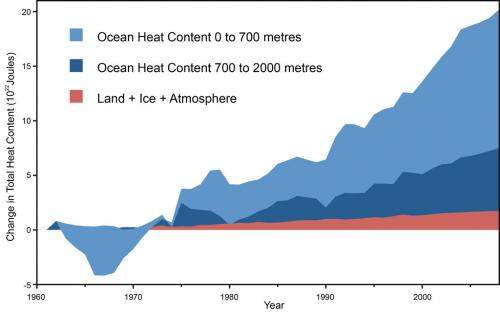 This research by Nuccitelli et al. 2012 provides the solutions to the questions raised by the skeptical scientist whose argued that there was no correlation between CO2 and temperature (figure 2) 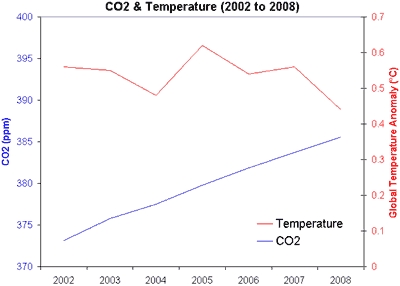 Agreements such as the Paris agreement are vital as they will

In the recent past, every country is focusing on the utilization of renewable energies to generate the needed energy in various sectors. A report by International Renewable Energy Agency, 2018 showed that the whole world had installed renewable energy accumulating to a capacity of 2 179 099 MW. Increased adoption of renewable energy technologies shows the commitment of the whole world towards reducing the amount of CO2 emissions and the encouragement of clean sources of energy. Most countries have shifted from the use of fossil fuels and have closed or converted their fossil fuel power to run using natural gas. A notable example is that of U.S. whereby their CO2 emissions have significantly reduced over the past five years after they have converted their fossil fuel power plant to use natural gas. To the contrary, the co2 emission in the US increased in the year 2018 despite the use of natural gas. Scientists have argued that utilisation of natural gas does not mean there is zero carbon emission. Japan was the first country to move at a very high pace towards the utilisation of renewable sources of energy after an earthquake struck its central nuclear power plant. In recent past Scotland have shut down its 46 years Longanett coal power plant and the primary focus is now on wind energy and the wave energy a move that will see reduced co2 emissions in the UK (The Guardian, 2016)

In 2017 the renewable energy sector employed 10.3 million workers, and 60% of these jobs were in Asia (IRENA 2018). In his remarks, the director of IRENA, said that all over the world the renewable energy sector had become a from foundation towards the achievement of low-carbon growth. The IRENA further notes countries which would put more efforts towards attractive policies towards reducing CO2 emission would be able to be a more attractive economic, social and environmental conducive for investment. The data in IRENA 2018 report shows that implementation of the Paris Agreement towards reducing the amount of co2 emissions could result in the growth of the global economy creating 28 million jobs by 2050.

Task 2: REASONS FOR USA WITHDRAWAL FROM THE PARIS AGREEMENT

According to (1) USA 18% of the global greenhouse emissions. Other major GHG emitters include India, China and the EU.

According to Mayer,2017, US President Mr Trump, Vice President Pence and EPA Administrator Pruttin are linked with Koch Industries, a petrochemical mogul. In a general view, the fossil fuel industry plays a significant role in shaping the politics and administration of US. The withdrawal decision from the Paris Agreement is a strategy for the Trump administration to dissolute the climate regulations and thus benefit the energy companies. Ain their report by McCarthy and Gambino,2017 stated that twenty-two Republican senators had collected US$10 million from fossil fuel industries after they started a campaign to support the withdrawal of US from the Paris agreement.

During his campaigns, President Trump outwardly said that one of his aims in the office would be to destroy Obama’s political legacy showing personal differences between the two politicians (Liptak and Jones,2017). Having that President Obama is the one who signed the Paris agreement and served as one of his strongest political legacies, there was no doubt that President Trump would ultimately withdrawal US from the Agreement

While signing the Paris agreement, President Obama believed that the agreement would maintain the US competitive edge through enhancement of America’s climate security, promotion of America’s low carbon economy and renewable energy industries thus tremendous job opportunities (Obama,2017). On his views, President Trump believes that the Paris Agreement would undermine the US competitive edge and would negatively affect the employment and energy industries in the US(TWH,2017). The primary calling of the Paris Agreement is that of differentiated responsibility in global climate cooperation of which President Trump is very sceptical about this calling. Interestingly President Trump has never acknowledged that climate change is happening and is driven by anthropogenic activities. In his views, President Trump said that the Paris Agreement is very unfair to the US based on the mitigation obligations to be undertaken by the US as compared to India and China who are also top CO2 emitters. Trump only weighed the economic cost of undertaking the mitigation obligation but forgot the ecological and economic benefits of adopting clean energy

Task 3: Consequences of USA withdrawal from the Paris Agreement

According to Stavins,2017 the decision of the USA to withdraw from the Paris has no benefits to either the US or the global climate governance.  On the other, hand, the decision was a victory to the US Environmental Protection administrator, Scott Pruitt and Mr Stephen Bannon, the ex-chief strategist of Mr Trump.  Mr Bannon and Mr Pruitt fully supported the US withdrawal from the Paris agreement as the two believed that the agreement was a means of economic sabotage to the US (Stavins,2017. Unfortunately, the US withdrawal decision from the Paris agreement makes it difficult for the US to achieve its mitigation goals as they are not complying with the Paris Agreement code (Haas, 2017).

After its withdrawal from the agreement, it will be challenging for the developing countries to implement their eco-friendly actions and strategies as the amount they were promised under the Paris Agreement by the developed countries would ultimately decrease. Under the agreement, the developed countries were supposed to have contributed $100 million to assist the developing countries to achieve their climate action goals. Consequently, fewer researches would be conducted on both environmental and climate change as the research funding would reduce. However, according to decision Kemp 2017, this withdrawal decision by the US should serve as an opportunity for China and the European Union to show their leadership capabilities on climate change. In 2017, Schreus published a paper where he demonstrated that the withdrawal decision by the US would have the most significant impact on them(US) as they will not be present in the future negotiations. Hilton and Kerr,2017 argues that China would consequently emerge to be the global leader on climate change as the US alone can no longer paralyse the operations of an international agreement. Despite this, a considerable risk lies ahead as other developed countries could follow the US withdrawal decision path thus postpone their mitigation efforts for eight years or cut short their contribution to the NDG. The reduced funding would ultimately affect the research and development of renewable energy technologies. A quantitative study done by Sanderson and Knutti,2017 shows that if the scenario happens cumulative CO2 emissions will increase by 350-450Gigatnnes in the 21st century. Consequently, the Paris agreement goal of keeping the global temperatures well below  2.0°C(3.6°F) above the pre-industrial levels by 2100 will become unattainable.

One of the main features of the Paris Agreement is that it is a bottom-up global climate change mitigation participation as each county comes up with its strategy to curb climate change. Under the agreement, a review of each country’s contribution to cut their emissions is done. Due to this the global coexisting partnership in climate action seems to be very strong as by 2018 195 countries have signed the agreement, and thus it would be challenging to be disrupted by the US withdrawal(Anon,2017).