This section of the report focuses on waste to energy which is one of the most popular methods used to manage municipal solid waste around the world. Through waste to energy, trash has become a useful material because we are able to convert it to heat. The combustion of trash at a waste to energy facility produce ash, heat and flue gas. From the ash, metals are recovered and recycled. The flue gas is cleaned then it is released into the atmosphere through the chimney. The heat produced is used to generate electricity that powers the plant and nearby buildings. A waste to energy plant in the community helps to increase recycling rate which is beneficial for the city. There are more advantages to waste to energy than disadvantages, therefore it is essential that the city utilizes waste to energy has a way of managing municipal solid waste.

The management of municipal solid waste (MSW) in New York City has changed over the past decade from ocean and street dumping, to unregulated incineration, to current and export landfilling practices (Sylvan, 2011). The NYC Department of Sanitation, which is in charge of managing NYC waste collaborates with the Department of Parks and Recreation, the Sims Multi Recycling Recovery Facility, and GreeNYC to manage the city’s waste through recycling, waste reduction, and composting and organic waste diversion (Cohen et al., 2015). In 2006, to efficiently manage the city’s waste, the city Council approved the Comprehensive Solid Waste Management Plan (SWMP) which was created under the administrator of former Mayor Bloomberg (Cohen et al., 2015). The purpose of this plan was to establish a dependable, economical, and sustainable system for managing the city’s waste (Cohen et al., 2015). This plan was eventually integrated into the sustainability planning under the PlaNYC, New York City’s comprehensive sustainability plan in 2011 (Cohen et al., 2015). Under the new plan, in 2012, Former Mayor Bloomberg announced that the city would solicit plans to build a waste to energy facility near or within New York City (Rizzo et al., 2012). Waste to energy (WTE) technology is a process where trash is converted to heat/electricity. The most common waste to energy technology use around the world is mass burn, where trash is combusted to produce energy (Citizen Budget Commission, 2012). However, the plan to build a WTE facility was eventually archived due to misconceptions surrounding WTE (Rizzo et al., 2012).

The burning of garbage and WTE are related because they both involve the combustion of trash. However, WTE is not just about burning trash but it is used to produce energy. The purpose of this paper is to outline how WTE plants work as well as the benefit the city stands to gain if it builds its own WTE facility. The city currently sends approximately 10% of its MSW to WTE plants in Hempstead, Long Island and Essex County, New Jersey (Cohen 2015, Citizen Budget Commission, 2012). If the city were to build its owns plant, it would save money from not spending on the transportation of waste and the use of other state’s landfills or WTE facilities. WTE has the ability to improve New York City’s current waste disposal practices (Citizen Budget Commission, 2012). 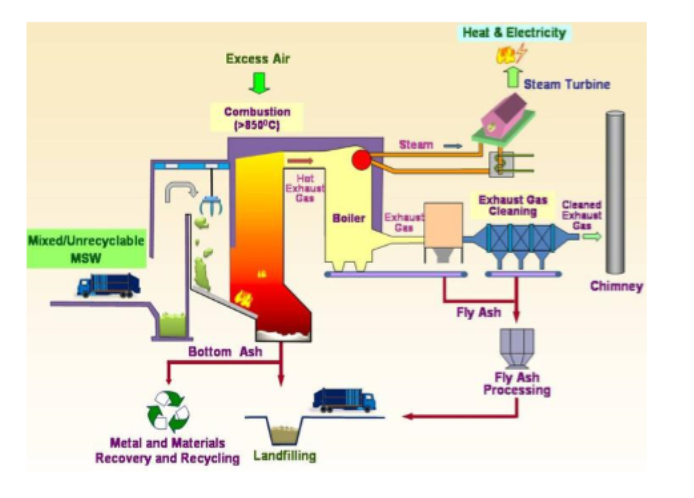 For the energy recovery process of the system, heat is generated from the waste and it is used to produce steam in the boiler (Lam et al., 2010). The steam is then used to drives the turbine to generate electricity (Lam et al., 2010).

Air pollution was a major problem for old incinerators in the 20th century. However, modern incinerators are equipped with advanced pollution control systems which are designed to reduce pollution and ensure that the system is in compliance with environmental standards (Lam et al., 2010). To neutralize acidic gases such as hydrogen chloride and sulfur oxides, fine atomized slurry or lime powder is spray into the hot exhaust gas using a dry/wet scrubber (Lam et al., 2010). Also in the system, an activated carbon column is used to adsorb the heavy metals and organic pollutants such as polychlorinated biphenyls (PCB) and volatile organic compounds (VOC) in the exhaust gas (Lam et al., 2010). The bag filter install in the system acts to filter and remove dust particles and fine particulates from the combustion (Lam et al., 2016).

The flue gas produced from the combustion contains air pollutant (Zaman, 2010) (See table 4.1.3). Therefore, before the flue gas is release through the chimney, the filtering system makes sure the gas is clean to be released into the atmosphere (Zaman, 2010).

There are two types of ash produced from the combustion, bottom ash (BA) and fly ash (FA) (Lam et al., 2016). The ash is 90 percent smaller than the original volume of the waste combusted (Citizen Budget Commission, 2012). From the ash, WTE facilities are able to extract recyclable ferrous and non-ferrous metals (Chambers, 2016; Citizen Budget Commission, 2012). Then the ashes are landfilled (Chambers, 2016). Before the ashes are landfilled, the facilities test the ashes to make sure that the ashes are not hazardous to the environment (Chambers, 2016). However, in some Asian and European countries that uses WTE, the ashes are not landfilled but rather utilized for other purposes such as cement and concrete production, road pavement, glass ceramics and ceramic production, adsorbent for dyes and agriculture (Lam et al., 2010; Pérez-Villarejo et al., 2012).

Table 4.1.1: The uses of MSW Ash in different countries. The BA represents Bottom Ash, the FA represents Fly Ash and the Mixed Ash represents the mixture of both BA and FA (Modified after Lam et al., 2010). 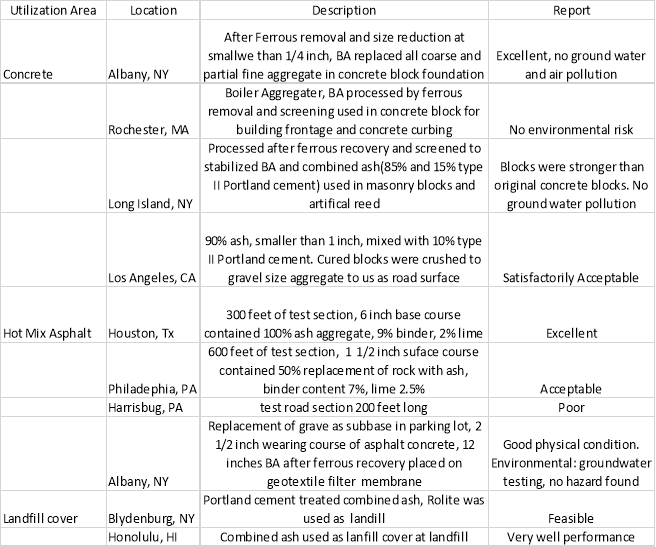 WTE facilities in the United States(U.S.) such as Covanta have been lobbying to recycle the ash instead of landfilling it, but these attempts have been unsuccessful so far (Chambers, 2016). The facilities have been lobbying for both federal and state regulation that would allow the usage of ash in the country (Chambers, 2016). Several studies conducted in the U.S. has proved that ash can be used in the U.S. as part of road construction (An et al., 2014) (see table 4.1.2). Despite the research showing that ash is usable in the U.S. no regulation has been passed to allow the usage of ash (An et al., 2014). Recycling of ash would be beneficiary because it would help eliminate landfills. Therefore, it is essential that these facilities continue to lobby for the recycling of ash.

4.1.3. Misconception about Waste to Energy

WTE facilities in the US emit pollutants that are below that of the EPA Standard (Chambers, 2016, Psomopoulos et al., 2009) (see table 4.1.4). Numerous studies have shown that modern combustion plants pose no significant health risks (Citizen Budget commission., 2012). For example, a study in Germany, found near new WTE facilities the dioxin levels are only 1 to 2 percent of the level considered harmful to human health (Citizen Budget Commission., 2012). Another example, in Montgomery County WTE facility a health risk assessment found that even in the worst case scenario a nearby farmer has a one in three million chance of increase health risk from exposure to the facility(Budget Citizen Commission., 2012). This shows that WTE plants have no effect on human health and the idea that WTE plants in the city would affect the health of New Yorkers is false.

At WTE plants, combustion of 1 metric ton of MSW generates approximately 600 kWh of electricity thus preventing the mining of 0.25 ton of U.S. coal or importing one barrel of oil for electricity (Psomopolous et al., 2009). This lead to the displacement of energy produced at local facilities (Citizen Budget Commission., 2013). For example, the EPA calculated that for a ton of wasted combusted in the Middle Atlantic region prevent about 0.56 metric tons of emission from local utilities (Citizen Budget Commission, 2012). The EPA also estimated that for every ton of waste combusted, 0.04 tons of carbon dioxide from metal recovery is saved (Citizen Budget Commission, 2012). WTE is the only alternative to landfilling of non-recyclable wastes, where the decomposing waste releases methane into the atmosphere (Psomopoulos et al., 2009). Which means that the city practice of hauling waste to other state’s landfill is increasing the city’s carbon footprint. Disposing of the city’s garbage to local WTE would decrease the city’s carbon foot print (Citizen Budget Commission., 2012). 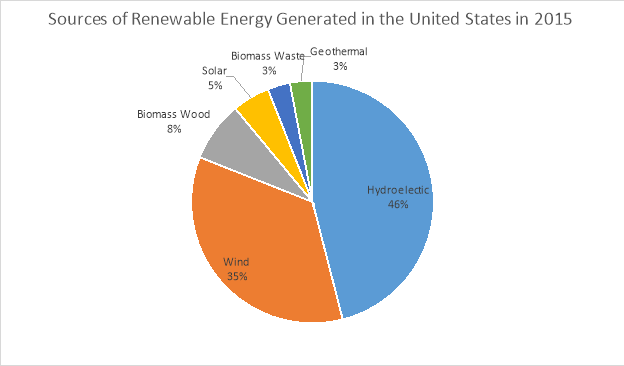 The people who live near the WTE plant might be entitled to free amenities. For example, the Toshima Incinerator plant in Tokyo has a swimming pool and an affordable fitness center located within the plant (Harden, 2008). These amenities are accessible to the people who live in community where the plant is located (Harden, 2008). Another example, is the Hiroshima Naka City’s Incinerator plant in Japan, which is also known as the museum of garbage (Harden, 2008). The end of one of Hiroshima’s main boulevards, overlooks the city’s harbor, but the building has entirely blocked residents’ access to the water(Bernstein,2004). Therefore, the architect of the building decided to continue the boulevard, in form of a raised, glass-enclosed walkway (Bernstein, 2004). Beginning where the pavement ends, a 400-foot walkway slips was put through the building, ending in a new waterfront park. Residents can walk through the slip to get access to the waterfront park (Bernstein, 2004). The beautiful architecture of the plant has made it a tourist attraction center in Hiroshima (Bernstein, 2004). This proves that WTE plants can be multifunctional. If the city decides to build its own WTE plants it can make it attractive to the community by including free amenities.

A full detail on economic analysis regarding WTE can be found in section 4.4 of this report.

A Full detail on recommendations for the city regarding WTE can be found in section 4.4. of this report

The use of WTE facilities has proven to be one of the best ways of managing MSW. WTE helps lower greenhouse gases and provides energy and material recovery. WTE also help reduce our reliance on fossil fuels for electricity, which leads to the reduction of greenhouse gas. WTE would also help increase the recycling rate of the city. Building WTE plant within NYC might be a problem due to the misconceptions surrounding WTE facilities. When people hear WTE, they think back to the old incinerators that were used in the 20th century in NYC. Therefore, it is essential for New York City to develop programs that would educate New Yorkers about the benefit of having WTE in the city and the differences between modern incinerators and the incinerators from 20th century. WTE has more benefits for the city than any effect it might have on the environment.