1.      OVERVIEW OF THE STUDY AREA AND MAIN CLIMATE CHANGE IMPACTS THE AREA IS VULNERABLE TO – 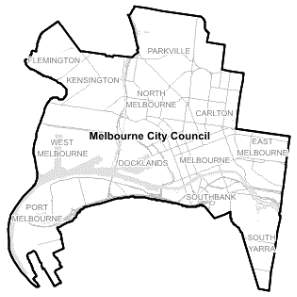 The City of Melbourne is a local government area in the central city of Melbourne in Victoria, Australia with a population of 135,959 according to the 2016 census and also has an area of 36 square kilometres and was established in 1842. Bears its council seat in the Melbourne city central.

The impressions of climate change are now being experienced at the city level. For generations the suburbs in the CoM have been moulded by cultures and people from all over the world. The City of Melbourne is made up of the Melbourne city central and a few inner suburbs which includes – Kensington, Flemington. Parkville, Carlton North, Carlton, North Melbourne, West Melbourne, Docklands, Port Melbourne, Southbank, East Melbourne, Melbourne and South Yarra. The high ambiguity in the range of possible outcomes of climate change stresses the need for immediate strategic action. Whilst global efforts in retorting to climate change are robust, the role of both private bodies and local governments in planning and executing local government actions is also highly necessary (Climatechangeinaustralia.gov.au, 2019). Local and state government bodies in Victoria are well known for their advanced agendas toward climate change resilience (Wales et al., 2012). Below is a table showing the risks and its potential impacts in the CoM. The above climatic conditons are to be controlled to protect the City of Melboune from the risks and the council along with various local bodies has suggested adaptation policies for the city of Melbourne. The CoM Climate Change Adaptation Strategy and supporting Action Plan reports the high-level risks of extreme weather events with the aim to reduce their imminent impacts on the city’s current and evolving conditions, including a anticipated doubling of the population to 145,000 people by the year 2030 (Rissik and Reis, 2013). The CoM was cautioned that by 2030, the city will be significantly affected by warmer temperatures and heatwaves, lower rainfall, intense storm events and flash flooding (Maunsell Australia Pty, 2009).

As already mentioned, adaptation measures affect each other (Neil Adger, Arnell and Tompkins, 2005). Hence it is essential to find measures which do not undermine other measures or intensify other climate change impacts. Idyllic are measures, which even foster each other in their effect. Furthermore, in the case of the CoM, there is a risk of a focus on the high-risk impacts, such as sea level rise, heatwaves and storm surge. Even in this case, it is important to find well-balanced measures, which do not aggravate the situation regarding other low or medium risk impacts (Neil Adger, Arnell and Tompkins, 2005). HOW CAN THESE MEASURES BE IMPLEMENTED? 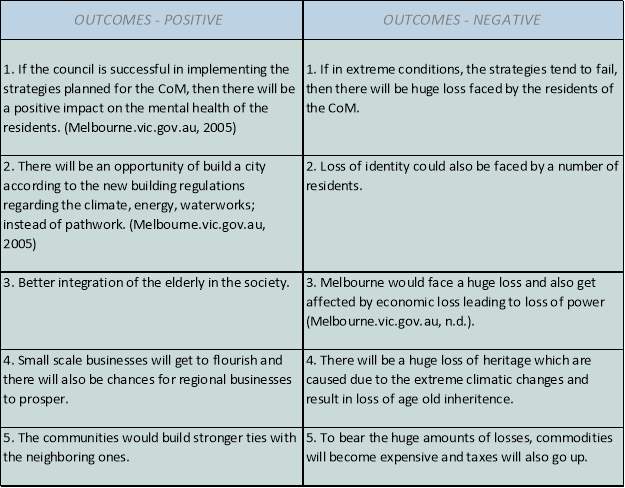 Table 7 – Positive and negative outcomes of the adaptation measures

This report has been prepared to outline the various climatic changes predicted by modelling the area and identifies the risks and vulnerabilities affecting the CoM. The CoM is the central hub including the CBD and also encompasses a large geographical area and supports residential areas, different business firms and tourism activities. It also unwraps the tension between the role of the council, the limited number of resources and lack of say regarding significant areas such as water and energy. The above adaptation measures bring about an incisive change for the residents of CoM. There is a must need of alliance with the other councils, governments and organizations. Climate change is a risk and thus steps have to be taken immediately by the councils and the governments to reduce the impacts of climate change.