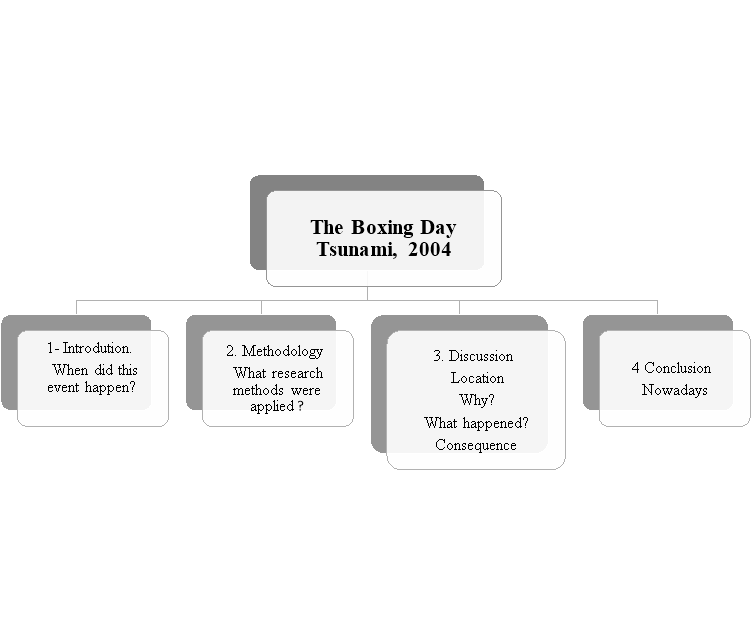 First of all, the main objective of this academic report is to describe the third-biggest ever recorded tsunami, which is known as “Boxing Day 2004”. Moreover, this event was one of the biggest natural disasters in recent history. This report is mainly divided into four sections: the introduction where an outline regarding the objectives and the purpose of this report is presented, the methodology, the discussion, the conclusion and finally the bibliography.

This sad event began at 7:59am local time on December 26, 2004, thus it was named as “Boxing Day”. The epicentre of the 9.1 magnitude quake was located in the Indian Ocean near the west coast of Sumatra. Waves of up to 30 metres were detected and hit first regions of Indonesia, then waves reached Sri Lanka, India, Thailand, Maldives, and- more than seven hours after the initial quake, the tsunami was observed in Mauritius and along the east coast of Africa. As can be seen, the Boxing Day tsunami achieved many cities across the world, devastating native vegetation and cities near the coast.

The present report is based on four articles, which will be cited in the bibliography section. After carefully reading those articles, the main findings are described throughout this academic report.

The Boxing Day Tsunami was caused by a displacement of water. The convergence of other plates strains the area, and at the quake’s epicenter, the India plate is now moving to the northeast at 5 centimeters per year relative to the Burma plate. The aftershocks were distributed along the plate boundary from the epicenter to near Andaman Island.

With at least 168,000 people killed when walls of water smashed into Nias Island and Aceh province, Indonesia was the nation hardest hit by the tsunami. Followed by Sri Lanka (35,000 people), India (18,000), and Thailand (8,000) (Figure 1). Hundreds also died in Africa, while thousands of foreign travellers were killed in the disaster, including 26 Australians. The Boxing Day tsunami in 2004 is believed to be the deadliest tsunami in history, killing more than 229,000 people (ABC, 2014). 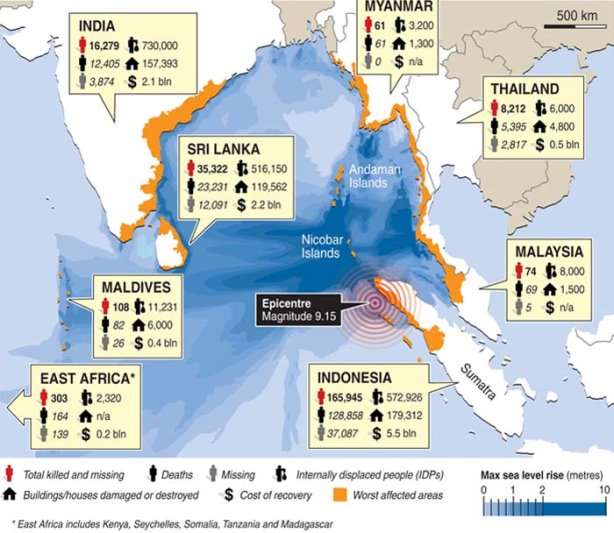 Figure 1. Deaths and damage caused by the Boxing Day Tsunami on December 26, 2004.

Despite there being many hours between the earthquake and the impact of the tsunami, nearly all the victims were completely taken by surprise. With no adequate warning systems, there was no alert issued to people to seek safety. This is also the explanation why so many people were killed in this big tragedy.

A few survivors included Tom and Arlette Stuip, who were holidaying in Khao Lak,Thailand. Said: “We were having breakfast at the hotel on a terrace, overlooking the pool, the beach and the Andaman Sea. My husband Tom noticed the waiters were all pointing at the sea, which was receding rapidly. It was a fascinating sight. People got their cameras out and walked towards the dry seabed. The beach was full of sunbathing tourists.” (Ryder and Dafedjaiye, 2014). (Figure 2) 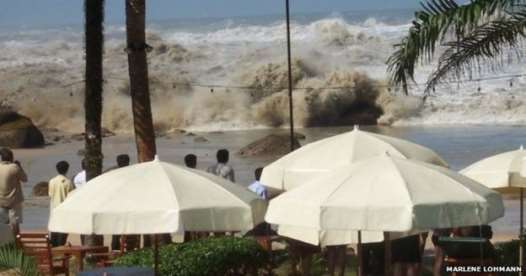 Figure 2. This is the image of the waves before Tom and Arlette fleeing the hotel.

The waves stripped vegetation from mountain sides hundreds of metres inland, and threw boats into trees (Figure 3). A great arrangement of humanitarian aid was needed because of widespread damage of the infrastructure, shortages of food and water, and economic damage in the region. The estimated cost of the damage was around $10bn (BBC, 2014). Therefore, to help the people affected by the disaster more than $14 billion in aid was given by the international community (ABC, 2014). As a result, ten years later, many coastal towns and villages have rebuilt their communities and lives, and tried to forget the natural disaster that made so many people suffer. (Figure 4).

Figure 3. A house standing amid devastation caused by tsunamis in the Galle district in the southwestern coast of Sri Lanka, 27 December 2004.

Figure 4. Before in August 2005 and after in December 2007 views of Calang, Aceh province.

This report described one of the biggest tragedy named “Boxing Day Tsunami” in 26th December 2004. This event resulted in the deaths of around 229,000 people. While this is the official number of deaths, it is estimated that this number can be even bigger.

Although the tsunami happened almost 12 years ago, it is a topic of interest since many people were killed, and surprisingly no warning system was working in the regions to warn thousands of people. However, there are still questions over how safe the region is, since this is a natural catastrophe that can happen again.

The Indian Ocean countries, including Australia, cannot ignore the potential dangers for future destructive earthquakes and tsunamis. The tragic events of Boxing Day 2004 make evident the need of establishing a tsunami warning system for the Indian Ocean.