To first understand the impact of climate change on the Arctic biome it’s important to first understand the impact of climate change as a whole. Climate change is caused by many factors some of which include emission of greenhouse gases and anthropogenic activity. Emission of greenhouse gases include gases such as carbon dioxide, methane, nitrous oxide, and other gases. These gases contribute to what is called the Greenhouse effect. The Greenhouse effect is when these greenhouse gases are released into the atmosphere that then causes the planet’s temperature to increase (Crowley, 2000, 271). This has been a major contributor to the problem of global warming and has been increasing due to the activity on the planet. This activity is mostly anthropogenic, meaning that it has been mainly caused by human actions. “Anthropogenic climate change is one of the main contributors to the global loss of biological diversity (as defined in the Convention on Biological Diversity), and it has caused accelerated rates of species' extinctions and changes to ecosystems.” (Geyer, Kiefer, Kreft, Chavez, Salafsky, Jelttsch, Ibisch, 2011, p. 709). From this excerpt its clear that human activity is a contributor to climate change and thus leading to the loss of biodiversity globally. Some human activity that can be associated with climate change are the rising levels of pollution and as stated earlier the emission of greenhouse gases. The ways that humans contribute to the release of greenhouse gases into the atmosphere include burning fossil fuels, increasing population, and deforestation. With the world increasing its population the activity seen contributing to the emission of greenhouse gases continue to rise. These actions cause greenhouse gases to be released then warming the atmosphere, which then leads to the harmful effects on biodiversity on the planet. These effects are dangerous to biodiversity as a whole although this paper will now narrow down to the Arctic biome to observe more specific effects and observations on biodiversity.

To gain a better understanding of climate changes biodiversity the Arctic biome was researched along with the species that inhabitant it. One species that was researched thoroughly was the polar bear to show effects on a single species. With the pattern of temperature rising it has created changes in the Artic environment that were not present before. Expanded vegetation, altered ecosystems, reduced spring-summer snow cover, and declining level of sea ice (Holland, Jahn, Bailey, 2012, 2696) are all issues that seem to be arising due to the changes caused by global warming. With these issues present it is clear that there is a correlation between climate change and the changes in biodiversity.  These issue are consistent with the effects of greenhouse gas emissions and one article states “Because these kinds of observed changes are consistent with the Arctic’s response to greenhouse forcing projected by climate models, there is widespread concern that the recent behavior is a harbinger of more transformative regional climate change this century that may reverberate globally.” (Holland, Jahn, Bailey, 2012, 2696). Although these are climate issues specific to this biome it does not mean they will not spread elsewhere overtime, which is what this excerpt explains.

Through the change in conditions of the Arctic biome it is clear that biodiversity is being impacted. Biodiversity of a biome along with a biome’s ecosystem is fragile. If one thing changes in an ecosystem there can be a butterfly effect that can negatively affect the biome’s biodiversity. One issue stated earlier that showcases this effect on biodiversity is the declining level of sea ice in the arctic climates. This issue is prevalent when looking at the Polar Bear species who reside in this arctic environment. The level of sea ice is important to the survival of the polar bear because they relay on it for mating, feeding, and moving across the Arctic landscape. Due to climate change decreasing the level of sea ice it is affecting the day to day actions of the polar bears.

Some of the effects of this decrease in sea ice is stated “Reductions in sea ice extent and/or duration have been associated with shifts toward more land-based denning, evidence of nutritional stress, reduced body condition, reproduction, survival, and body size for polar bears.” (Hunter, Caswell, Runge, Regehr, 2010, 2884). This article is a great explanation of how this change in environment is harming the species that reside within. Because of the conditions of the environment are changing it is causing negative repercussions on the species who inhabitant it. Polar bears were reliant on the climate they have resided in, but due to climate change it is shifting their behaviors and health. It was also noted that some polar bears are facing situations that are very uncommon. For instance, one observation stated that polar bear predation attempts are leading to untimely demises because of the lack of sea ice. Some polar bears have accidentally drowned while trying to hunt prey because there was no sea ice for them to get back to safety (See Appendix A.). This is a direct effect of climate change and the degradation of the environment the species resides in.

These effects on biodiversity don’t stop with the polar bear and the environment. The prey of the polar bear will see an increase in population because they are not being hunted as often. This showcases a change in biodiversity because it changes the species evenness in this environment. When discussing the impacts of this issue it’s important to also consider the long term impacts. “The current southern Beaufort Sea population numbers about 1500 individuals (Regehr et al. 2006), so a decline to 1% of current size would almost certainly imply extinction. The probability of this outcome is estimated at 0.80-0.94 by the year 2100, which is certainly a serious risk.” (Hunter, Caswell, Runge, Regehr, 2010, 2884). This excerpt shows the long term implications if this issue is not addressed. Whether looking on a small scale or a large scale, short term or long term it is clear that climate change is having an impact on biodiversity of the Arctic biome.

Through conducting research this paper has identified factors of climate change along with the effects on biodiversity in the Arctic Biome. The results tell a compelling story of how anthropogenic activity is creating issues that harm biodiversity as a whole. When examining a specific environment its clear to see the negative impacts already at play. With the landscape and conditions of the biome changing it is having a clear negative effect on the species that reside within. These species are not used to these conditions which is causing them to feed differently, breed differently, and change their behaviors. Species are not being able to get resources as they are used to which is causing starvation leading to a concern for potential extinction (See Appendix B). The impact of climate change is very real and very concerning to the future of biodiversity not only in the Arctic climate, but all climates. The issue is becoming more widespread and it effects will surely be seen more and more over time.

One weakness of this study is that there was little quantifiable data. Many of the articles researched provided information with little numerical data that was useful. For future studies more data would be needed to showcase very specifically the effects of climate change.

Based upon the research it is clear that biodiversity as a whole within the Arctic biome is being negatively affected. The conditions of the environment are changing and the species who inhabitant are being harmed. Species are not able to carry out behaviors they were once able to do such as feeding, breeding, and moving about their environment. These are all effects currently happening and over time they will only get worse if preventive measures are not taken.

Through the emission of greenhouse gases its clear that the cause may be anthropogenic. With this said its important that society takes a careful look at their actions and try to work to find more environmentally friendly solutions. Society must find green alternatives to help reduce emissions. Whether this is through finding cleaner transportation options or large corporations converting to cleaner manufacturing, steps must be taken in order to help preserve biodiversity. There is only one Earth and biomes are fragile and must be respected and preserved for future generations. Climate change is a direct effect based upon the actions of humans and innocent species should not be negatively impacted for human’s actions. 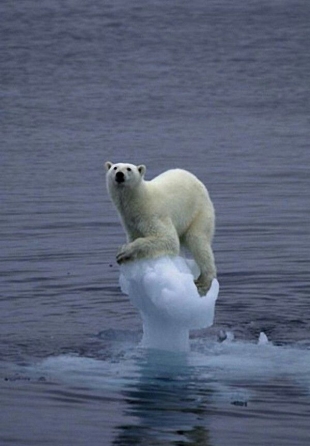