The word ‘Punctuation’ has come from Latin word ‘punctum’ which means ‘a point’. It is the right use of symbols for pauses or stops in writing. We understand and communicate better with use of punctuations.

The list below gives the punctuation symbols used in English language.

Are mother and aunt, visiting her friend or will they join us for the movie?

Vishaka, please come here.Yes, I shall come in a minute.

It indicates a longer pause than the comma. It is usually followed by conjunctions like ‘and’, ‘but’, ‘or’. It is used to:

Vittal is from Paithan, Maharastra; Vani from Kadappa, Andhra Pradesh; whereas Bondi is from Dispur, Assam.

The colon indicates a longer pause than the semicolon. It is used to;

The main idea was this: to first make them fill the forms, then pay the fees and collect the materials.

The leader said: ‘We must stand united and negotiate.’

It is used after a question

The question mark is not used after an indirect question, or polite request or submission.

It is used after exclamatory words, phrases or sentences expressing sudden emotions or wish.

The apostrophe comma is used

Single quotes or single inverted commas are used to;

The lady thought, ‘Let me bargain and get a better deal,’ and spoke to the salesman.

Double quotes or double inverted commas are used to indicate quotationin a sentence. It shows the exact words of the speaker. It is used in direct speech.

These are widely used to give additional details, to refer to previous sentences, objects, names, abbreviations, to link other parts of a chapter or book. If only few words, phrases are used inside brackets, then we need not punctuate inside the brackets.

For example; Anita (my eldest sister) and my aunt (from Goa) where selecting our dresses. 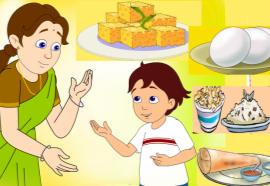