The electromagnetic spectrum describes all the wavelengths. It ranges from the smallest waves possible, radio waves to the largest waves, Gamma radiation. All different size waveforms have different uses.

The only Electromagnetic waves we can see are Visible Light Waves. We see visible light waves as colours of the rainbow. Each different colour has its own wavelength different to the others. The longest wavelength is Red, with the shortest wavelength being Violet. The combination of all the light wave colours makes white light. 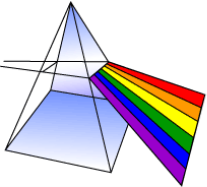 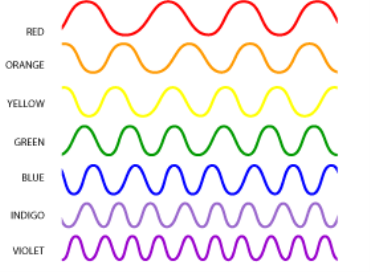 A diffraction grating is a slide with a number of parallel slits drawn on it. The slits are very small, usually 600 per 1mm. When a beam of light is directed at the grating, light will diffract of it and the light is dispersed in certain directions only. This is commonly used to separate colours of the incident light because the diffracted light has different angles according to: 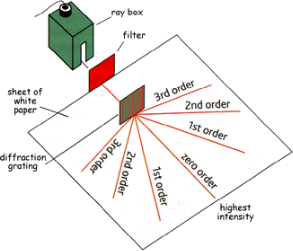 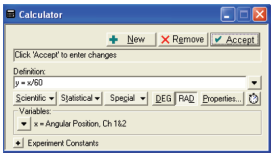 The size of the wavelength can be calculated by analysing the results of the experiments and using the gratings equation. By using a visible light spectrum, we can determine what colour the light is from the size of the calculated waveform.

Dating back to the 1800’s, Tungsten light sources are the oldest and most tested light source invented. They first became commercialised by Thomas Edison at the end of the century, leading on to the first light fittings, named after Edison himself. The Edison Screw or ES.

A Tungsten filament is the key element to a Tungsten light source. Light is emitted from the filament when it is heated. The filament is heated by passing current through it. This is possible because of the high amount of current passing through such a small conductor. Inert gas such as Argon usually surrounds the conductor to ensure that it does not ignite. 95% of the energy from a Tungsten light source is wasted in the form of heat. Only 5% of the energy is actually used in the form of visible light. This makes it a very inefficient light source.

On the next page are the results from the PASCO data acquisition software whilst carrying out the experiment procedure using a Tungsten light source. The light sensor was set to have a gain setting of 100 because of the large spectrum that the wavelength covers. 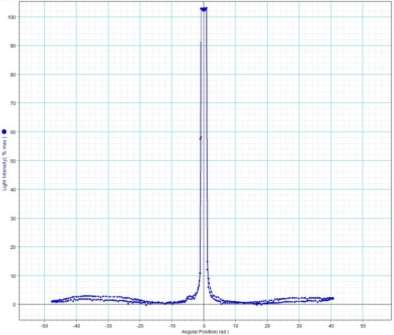 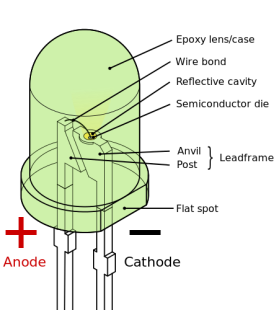 A LED or Light Emitting Diode is a semiconductor that gives out light when current is passed through it. It is a much more efficient method of emitting light compared to more conventional light sources such as Incandescent lights or Fluorescent lights because less heat is generated, resulting in less heat loss.

The first commercial LED light sources developed were by Hewlett Packard in 1968 to replace indicator lamps. At this time, only LEDs emitting red light were available. Only later on in 1994 were LEDs that emitted blue light first demonstrated by Isamu Akasaki and Hiroshi Amano, who went on to be awarded the 2014 Nobel Prize in physics for their discovery. With the invention of blue coloured LEDs, the invention of white LEDs became apparent. The white LED is a combination of LEDs that emit red, green and blue light. This then led to the LED light source revolution we currently live within.

The working principle behind a LED is what is called a ‘P-N Junction’. A P-N junction will convert electric current into visible light. This is often called electroluminescence. 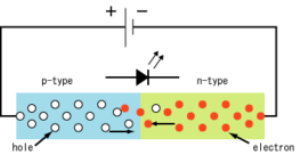 Table 1: Wavelengths of each colour LED

Above is a table outlining the individual wavelengths for each colour that is produced by Light Emitting Diodes.

The most common type of LED light source shines line in a single direction. The result of this is a light bulb that only lights up a small area. To correct this problem for use as light sources to light up areas and not as indication lights, most LED light sources are coupled with reflective plates that distribute the light evenly around the room.

On the next page are the results from the PASCO data acquisition software whilst carrying out the experiment procedure using a LED light source. The light sensor was set to have a gain setting of 100 because of the large spectrum that the wavelength covers. 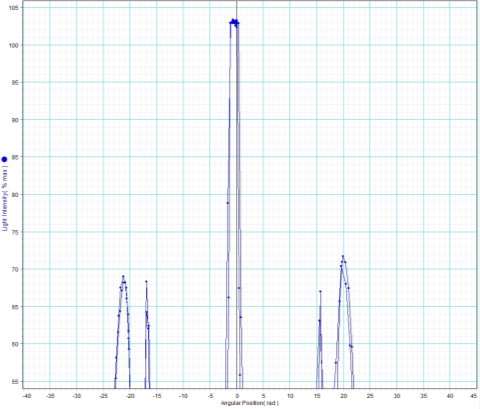 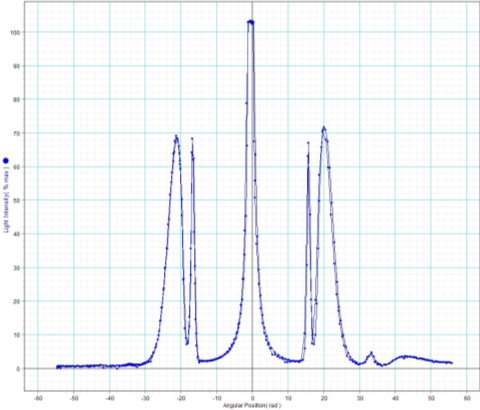 My experiment results show that the LED light source is emitting visible light in the ranges of 388 to 473nm and 514 to 583nm. The LED is emitting a combination of yellow and blue to create a cool white colour. 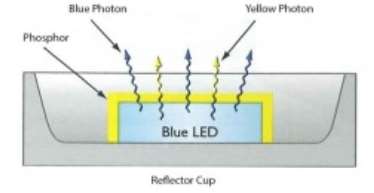 By combining yellow and blue waveforms, a cool white colour is formed. This is carried out by lining a blue LED with yellow phosphor. Both yellow and blue photons are emitted. This method of creating white light is much more effective than the more conventional LED RGB method of combining red, green and blue waveforms. This effect was discovered by Sir Isaac Newton in the early 1700’s when he was performing colour matching experiments. 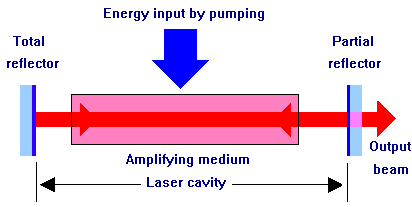 Laser is an acronym of “Light amplification by simulated emission of radiation”. A laser light source emits light when electrons in the atoms of gases become excited by absorbing energy from electrical current. Electrons travel from the lower energy point to the higher energy point around the atoms nucleus. When they travel back from the higher point to their resting state the electrons emit visible light.

By harvesting the narrow powerful light, laser light sources have various applications such as:

Information in the form of coded light of infrared signals are carry across Optical Fibres. The information carried across Optical Fibres can be much more than an ordinary copper data cable of the same diameter. An optical fibre is a very thin shard of glass. Next to no light is absorbed by the glass. Light is carried from one end to the other by total internal reflection (TIR), even when the fibre is bent. The signals in optical fibres do not weaken as much over long distances as the signals in ordinary cables.

The laser diode that is used for optical fibre communications is typically either 850nm, 1300nm or 1550nm. This means that the waveform used is in the infrared field of the electromagnetic spectrum. We use infrared because the attenuation if the fibre is less at infrared wavelengths.

On the next page are the results from the PASCO data acquisition software whilst carrying out the experiment procedure using a LED light source. The light sensor was set to have a gain setting of 10 because of the small spectrum that the wavelength covers. 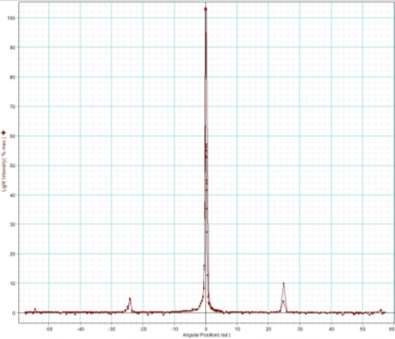 My experiment results show that the laser light source is emitting visible light in the range of 624 to 690nm. The laser is emitting a red light.

Lighting Research Centre. (n.d.). How is white light made with LEDs? Retrieved from http://www.lrc.rpi.edu/programs/nlpip/lightingAnswers/led/whiteLight.asp

NASA. (n.d.). What Wavelength Goes With a Color? Retrieved from https://science-edu.larc.nasa.gov/EDDOCS/Wavelengths_for_Colors.html

Physics Education. (n.d.). What is electromagnetic radiation? Retrieved from http://cmb.physics.wisc.edu/pub/tutorial/spectrum.html

The Law of Refraction. (n.d.). Retrieved from Math Fundimentals: https://www.math.ubc.ca/~cass/courses/m309-01a/chu/Fundamentals/snell.htm