Automation is the trend that will define the way we will live and work over the next decade. Current home automation systems have limitations in terms of wireless connectivity, speed, interference, bandwidth and cost of implementation. The proposed smart home system provides wireless control of appliances such as lights, fans, and alarms by using sensors and Bluetooth. Bluetooth provides higher transmission speed, greater bandwidth, and consumes less power than existing wireless protocols. Further, the cost of implementation is minimized with the use of sensors and Bluetooth. This design incorporates an ARM7 processor that continuously collects light intensity, temperature, and carbon-monoxide levels from sensors and compares it with threshold levels, to determine the control operation to be performed on home appliances. The ARM7 processor access appliances using Bluetooth. Further, this smart home system also allows individuals to directly control their appliances through a smartphone-based android application. This smart home system is implemented and tested under varying conditions to represent its efficiency.

World’s Fair of 1934 in Chicago marked the birth of home automation. Initially, the industry could not make an enormous impact on society. The reason for the slow start was high price and complexity making it hard to install. However as smartphones and tablets came into existence, the implementation of this technology became much easier. The automation technology helps in achieving greater efficiency and provides higher security.

Expectations from a Smart Home

The major parameters to look for in the implementation of a smart home can be as follows:

Compatibility of the protocol. The system should communicate with the major protocols in home automation like ZigBee, Z-Wave, and Bluetooth.

Wireless access. The system should be capable of wireless connection such as Wi-Fi Connectivity thereby eliminating all physical complexities.

Scope for expansion. The system should support a higher number of products.

Scope for scheduling. The design of the system should be able to support scheduling of different tasks at home like turning off lights when nobody at home.

Remote access. Having an Android support is imperative these days. If the system is compatible with a smartphone, it makes this process very smooth as almost every individual today has a smartphone.

Emergency notification. The system should send messages indicating emergency or threat to the house.

Various studies have been conducted to find out if consumers are ready to take up smart home technology. A study from Coldwell Banker Real Estate and CNET carried out in June 2015, said that 28% of internet users in The United States have smart homes and 90% of them would recommend smart home technology. The report also suggests that 25% of Americans use smart home products which save them around 30 minutes a day on average which are equivalent to $1,000 per year. As per a survey, 75% of the smart homeowners believe that this technology brings peace of mind regarding security.

The increase in the use of smart home systems leads to the development of different protocols. The protocols are selected based on the type of communication among various connected devices. Let us see the major protocols in home automation industry:

X10 is the oldest home automation protocol developed in 1970. Initially, the technology was a powerline-based system which slowly went wireless. X10 technology uses the power lines in the home to allow communication between various appliances. X10 is reliable as it makes use of power lines. However, it is subject to interference from other devices in the circuit. It does not provide a speed communication between devices. It can only perform 16 commands sent one at a time.

INSTEON was introduced in the year 2005. It was designed to bridge the gap between powerline systems and wireless protocols. INSTEON is compatible with X10 technology making it easy for those who have an existing X10 network. It supports automation novices which make setting up or adding devices easy for the non-technical users. INSTEON can support more than 65,000 commands.

It is capable of transmitting commands with little interference. One need not have to enroll INSTEON into home automation network. INSTEON network can have more than 400 devices connected in a single installation. The dual-band mesh network can convert all powerline-operated devices into repeaters

ZigBee is a wireless communication standard built by IEEE. It runs on 802.15.4 wireless communication standard. ZigBee is growing significantly in recent times. However, ZigBee’s full acceptance as a home automation protocol is still in question. The reason being its interoperability. In most cases, ZigBee devices have difficulty in communicating with devices from other manufacturers. Each device uses different methods to accomplish the same task which causes the difficulty in communication. Perhaps, for the same reason, manufacturers use ZigBee to limit third-party devices.

Wi-Fi stands for Wireless Fidelity. Wi-Fi makes use of radio frequency transmission of data through the air. Speed in a Wi-Fi connection may vary from 1mbps to 2mbps. Wi-Fi works in the frequency band of 2.4 GHz. The range for Wi-Fi is 40-300 feet. Wi-Fi runs on an inbuilt technology known as frequency division multiplexing technology.

However, the major drawback with Wi-Fi is the interference and bandwidth issues. With too many Wi-Fi compatible devices, each device must fight for bandwidth resulting in more time to respond thereby making it work slowly. Also, Wi-Fi consumes much power.

In 1994, Ericsson Mobile Communications was the first to initiate research on the possibility of wireless links. Their aim was to develop a cost-effective solution to replace cables as a mode of communication between computers and peripherals. Ericsson along with Nokia, Intel, IBM, and Toshiba, formed a group known as Bluetooth Special Interest Group (SIG) with a common motive of developing the unique technology. The first Bluetooth technical specification released in 1999.

Bluetooth is a solution to some different issues which existed earlier, like:

Speed.Bluetooth provides a transmission speed of 1 Mbps. It can handle up to three voice channels simultaneously.

Power.Bluetooth technology has a special feature of limiting the transmitter’s power as per the demand. With the help of a Received Signal Strength Indicator (RSSI), a Bluetooth receiver can determine the transmission power required by the transmitter.

Therefore, with the help of these techniques, the performance degradation is minimized.

TABLE 2. Components Required for the Design

TABLE 3. Software Required for the Design 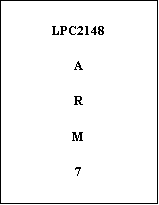 The prototype uses an AJC D1.3S battery with 12 Volt/1.3Ah configuration.

The prototype uses an 1602A LCD module with following features

The prototype uses NRP07-C12DS relay to control the loads.

ARM7 has the following features:

UART is a chip designed to control all serial devices connected to a processor. The name asynchronous means that UART does not need a predefined clock for synchronization. UART comes with an RS232 Data Terminal Equipment (DTE) which helps to communicate with serial devices. It has a Start bit, seven data bits, a parity bit and a stop bit. UART provides a full duplex transmission which means that data transfer is possible in two ways, simultaneously. Therefore, both the ends have to come to an agreement with the parameters like word length, a parity bit, and some stop bits.

UART has the following features,

An LDR has a resistance which changes as per the amount of light falling upon it. It is often used to detect the presence of light in a circuit. An LDR has a high resistance of about 1000000 ohms. However, the resistance falls drastically once the bright light falls on it.

MQ-2 gas sensor consists of a sensitive material called SnO2. SnO2 has lower conductivity which helps in the working of MQ-2 in clean air.

FIGURE 3. Algorithm for the proposed design.

Initially, the threshold values for light intensity, temperature, and smoke is defined and stored in the ARM7 processor. The threshold values represent normal conditions at any given time. The processor collects sensor values from light sensor (LDR), temperature sensor (LM35), and smoke sensor (MQ2) constantly and compares these values with the stored values. The ARM7 processor then controls the devices such as lights, fans, and alarms wirelessly using Bluetooth.

The proposed smart home system is designed and implemented using ARM7 processor, Bluetooth, and sensors. This system is tested under varying conditions and results are produced using MATLAB code.

FIGURE 5. Controlling of lights based on LDR sensor output

Figure 6 is a graph that shows the efficiency of this smart home system in maintaining a constant illumination level thereby saving energy consumption.

FIGURE 8. Controlling of fans based on the LM35 sensor output

FIGURE 10: Automatic control of fans and alarms based on extreme temperature conditions recorded in figure 9

When the output temperature exceeds high threshold, alarm is activated or turned on and vice versa. Similarly, when the temperature exceeds high threshold, fan is turned on and vice versa. In this way, this system not only provides automatic control by operating fans but also provides security by turning on alarms to alert the user.

Figure 11 is a graph that shows the efficiency of this smart home system in maintaining a constant temperature level.

FIGURE 13. Controlling of alarms based on the MQ2 gas sensor output

FIGURE 14. Controlling of fans based on the MQ2 gas sensor output

Figure 15 is a graph that shows the efficiency of this smart home system in controlling the smoke levels.

Current home automation systems such as X10, INSTEON, ZigBee, and Z-Wave have limitations in the areas of connectivity, transmission speed, interference, bandwidth, and cost of implementation. In this p