Nowadays, Multiband antenna is a popular choice because same antenna can be used for many applications [12][15][17][18][19]. Microstrip patch antennas are widely used because of their many merits, such as the low volume, light weight, low cost etc. [1-8] However, Patch antennas have a main disadvantage: narrow bandwidth while others are low gain, low power handling capacity etc. [1-8] Still there is a need to design Multiband antenna with improvement in Gain. Metamaterial may solve this need.

In Recent Scenario, Microstrip patch antennas are widely used in wireless devices and other compact sizes with multiband antenna operation. The irregular shape of the developed planar antenna achieves multi-band (Broadband) performance [11]. In traditional planar antennas, the distances between the edges are fixed and therefore, the antennas dominant mode resonates only at a single frequency [11]. In contrast, the irregular shape of the current antenna facilitates, its broadband character by allowing the structure to have more than one degenerate mode that resonate at more than one frequency, based on the irregularity introduced [11]. In general, multi-sided patches are excellent candidates for broadband operation, since many closely spaced resonant modes can be excited using the different edges of the patches [11]. This property makes them uniquely suited for multi-band operation in wireless applications.

There has been a considerable amount of recent interest in the class of artificial material which is known as Metamaterials that possess simultaneously negative permeability and permittivity, according to a negative index of refraction [1][2]. Such type of metamaterial is known as a double negative material (DNG). To increase the power radiated from electrically small antennas, an application of DNGs has been suggested by Ziolkowski and Kipple [3]. But in this paper a negative permittivity material complementary split ring resonator (CSRR) which is a dual counterpart of split ring resonator (SRR) originally proposed by Pendry have been loaded into the patch. CSRR is composed of two concentric metallic ring slots with slits etched in each ring at its opposite sides. Apart from double negative materials, single negative materials where only one of the material parameters has a negative real value also possess interesting properties and can be used to produce novel devices. In particular the complementary split ring resonator (CSRR) which establishes a negative-permittivity at resonance, is an example of a single negative media (SNG) that can be used to make microwave devices [4]-[6]. Here, we have incorporated curve tooth CSRR to further improve the results of CSRR. The properties of SNG can also be manipulated to increase filter shape factor, improve filter rejection and can also applied to antennas to reduce the spurious effect and increase antenna gain and antenna size reduction [7][9][16][17]. This paper is based on the microstrip radiating structure which integrates a Curve Tooth CSRR design into the ground to provide good return loss and improved gain.

The CSRR is a commonly used resonator etched on the

Metal plane. An effective negative permittivity and negative permeability could be introduced in microstrip devices by loading CSRR [17][18]. In this article, we have etched the CSRR in the ground plane of a microstrip patch underneath the substrate. The CSRR structure model is shown in Figure 1. If the effects of the metal thickness and losses, as well as those of the dielectric substrate are ignored, a perfectly dual behavior is expected for the complementary screen of the SRR. Thus, whereas the SRR can be mainly considered as a resonant magnetic dipole that can be excited by an axial magnetic field, the CSRR (Fig. 1) in essence behaves as an electric dipole (with the same frequency of resonance) that can be excited by an axial electric field. Fig. 1 shows the unit cell structure of SRR model and CSRR model with its equivalent electrical circuit. 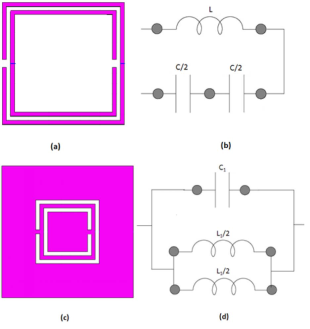 Width of the patch can be designed using the equation (1), here f0 is the resonance frequency, εr is relative permittivity of the dielectric substrate and c is speed of light.

Length of the patch can be designed by using the equations (2-5) [5]. Here‘t’ is the thickness of substrate. Using these equations we have derived length and width of conventional patch.

We designed square patch so length and width are same and it is 44 mm, so a square patch is 44×44 mm2 over here which is shown in Figure 2 (a). We have taken out five slots from the patch to increase the Radiation path and to improve the results as shown in figure. The slots taken out have dimension of 8×8 mm2.

The top view of the Simple CSRR design and Curve tooth with CSRR Design is shown in Figure 2 (a) and 2 (b) respectively. Both the design has outer and inner ring is of 1 mm. Gap between the two rings is 1.5 mm.

Table 1 shows details about the material. Patch is of copper material. Substrate is of Teflon material with ε = 2.1. The base material is also of copper. 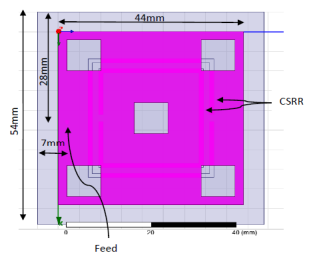 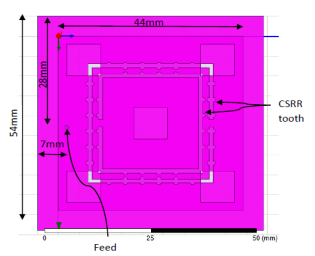 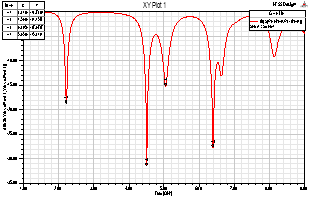 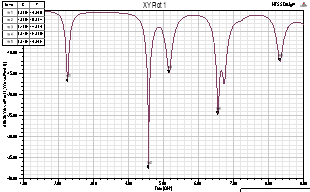 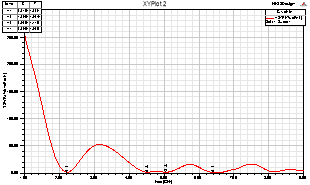 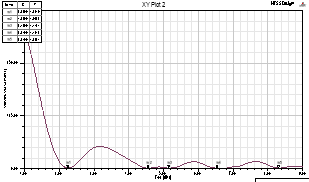 Here, We have used same design but only substrate material is changed. In this Design we have used FR4 epoxy material for substrate. 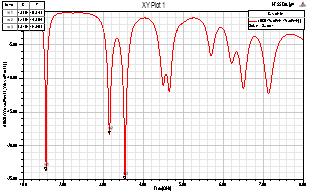 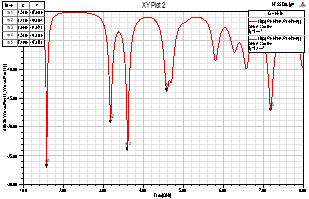 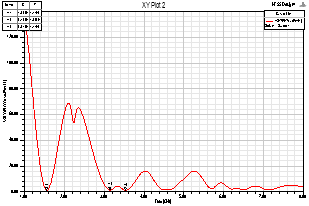 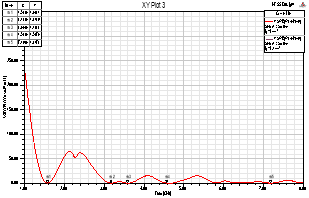 Figure 5(a) and 5(b) shows Return loss plot of both CSRR and Curve Tooth CSRR design. Figure 6(a) and 6(b) shows VSWR plot for both the design.

Table 3 shows comparison of Return loss and VSWR of the both the design.

Table 3 : Comparison of S11 and VSWR for both design

Figure 7(a) and 7(b) shows Total Gain plot in 3D view for CSRR and Curve tooth CSRR design respectively. 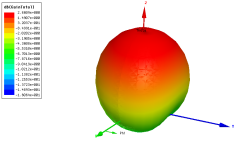 Table 3 shows comparison of Return loss and VSWR of the both the design.

By using curve tooth in CSRR, we have two extra working bands and also return loss and VSWR values are very good. We got VSWR of 1.0931 using curve tooth which is nearer to 1. Figure 8(a) and 8(b) shows Total Gain plot in 3D view for CSRR and Curve tooth CSRR design respectively.

Table 4 : Comparison of S11 and VSWR for both design