For any aircraft landing gear is the undercarriage which support the craft when it’s not flying, until it to take off and during landing. Landing gear hold net weight of whole aircraft during taxing without any damage. 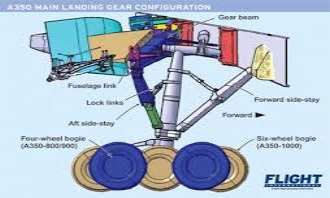 The main components of landing gear are: 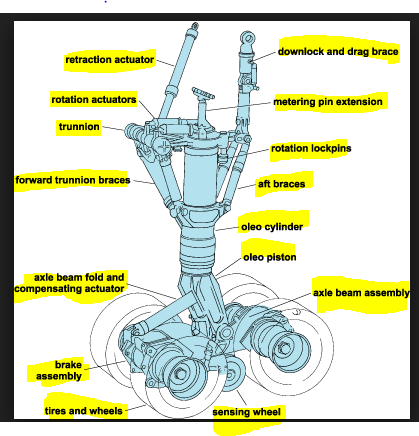 The objective of constructing the fault tree is to investigate and analyze the possible failures and different components and systems of the landing gear with their consequences and solutions.

In the case of mechanical failures:

There are 12 types of failures

Excessive, deflection , thermal shock, impact creep, relaxation, brittle fracture, ductile fracture, wear, spring, failure, corrosion, stress corrosion cracking, and various type of fatigue. On the basis of this problem that can occurs in main landing gear we construct the fault tree to identify the failure condition and met the requirements.

The materials used for the landing gear are

Mostly aircrafts and military experience serious damage and the fatigue. 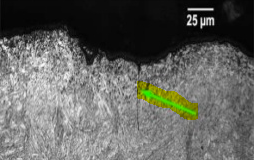 When aircraft land on the ground tricycle landing gear and load affected by the ground/pavement response are distributed on the and can cause problem.

During landing wheel experienced a lot of pressure. Due to this over pressure that could damage

The main purpose of constructing fault tree is, in order to identify the possible failure of any system which can occurs in any manner.

In case of main landing gear, fault tree can be construct on the basis of two main conditions:

Between these two failure conditions of main landing gear, I choose to analyzed fault tree analysis for failure comdititon511: one or both MLG fail to extend and down lock with false down and locked indication. 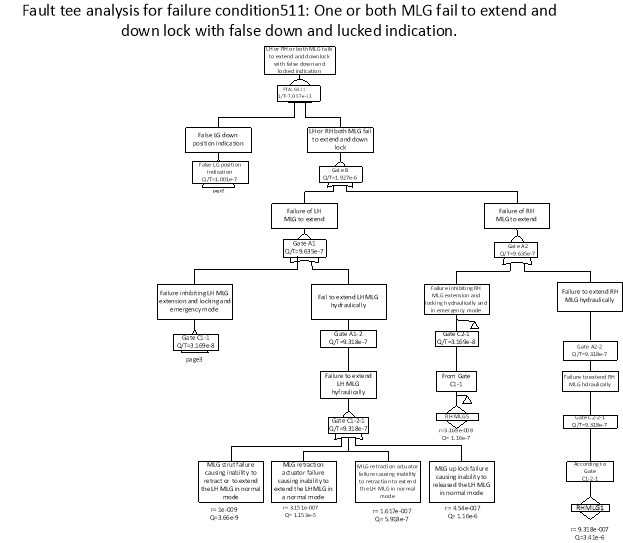 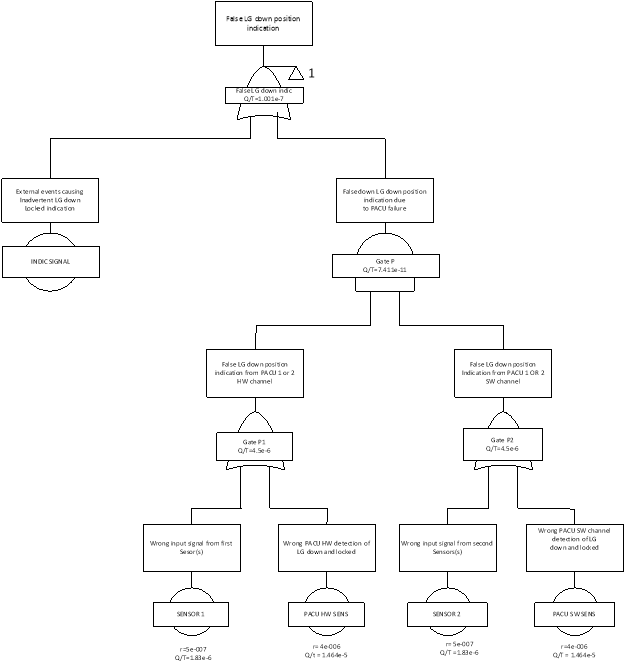 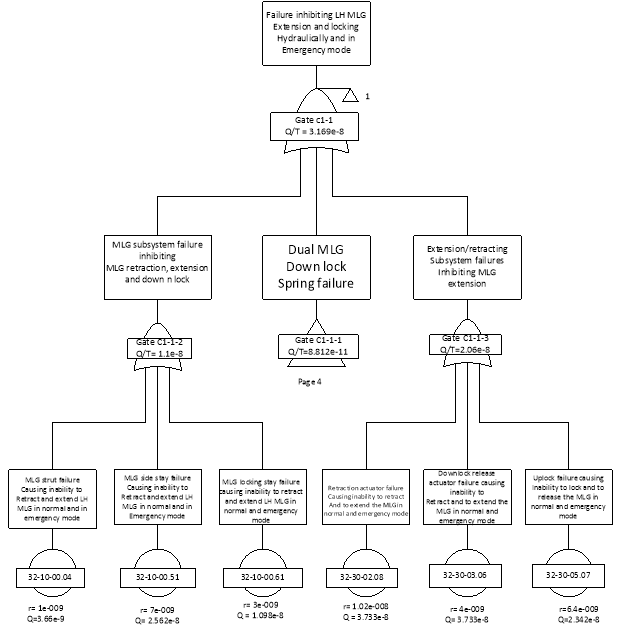 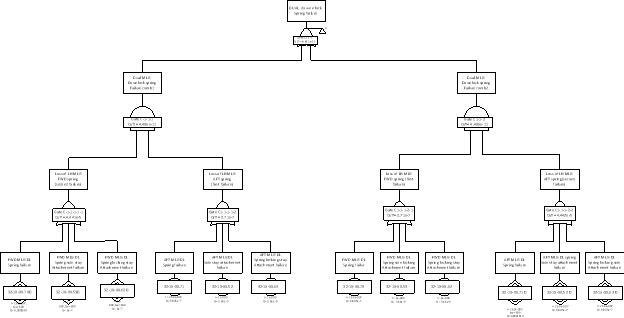 The analysis based on fault tree

As we need to take safety procedure for every parts of aircraft, landing gear is also aspect which cause aircraft in a dangerous mode

So in order to overcome this failure of landing gear and for the safety of aircraft, I finally decide and came to know the purpose of failing landing gear and what can be the cause for this.

With the help of fault tree analysis, we analyzed the each and every problem inside the landing gear and try to overcome by constructing fault tree

In case of LH or RH or both MLG fail to extend and down lock with false down and locked indication, pilot receive alert. So while construction fault tree we take as a main event by using event symbol as shown in fault tree.

After we decided main event than we analyzed for the cause of it by using the Boolean symbol called AND gate. We use AND gate so that we could analyze all next true lower level condition which can possibly occur. Possible cause of man landing gear are false LG down position indication and LH or RH MLG fail to extend and down lock. Still there are some cause to fail these two components, which we will define by Boolean logic symbol call OR gate. The purpose of OR gate is to identify among of various possible problem if any of one or more of the next lower level event are true for failure of above condition.

Among of various symbols and representation, AND and OR gate plays vital role to make all possible decision for failure.

The calculation of minimal cut-sets

Here the terms T is the top event and Mi are the minimal cut sets.

Here the X1 and X2 , etc represents the basic components failure in the fault tree analysis

I represents my above failure events as ABC, T is top event caused by all lower level events. Here I want to mention the example of top event expression is

In order to determine the minimal cut sets of a fault tree, the tree should be translated first to its equivalent Boolean equations. 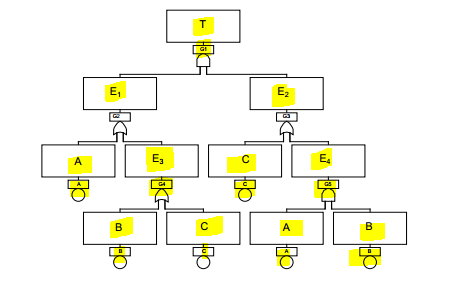 The procedure to calculate the minimal cut sets of fault tree

Here according to idempotent law, C.C = C, substituting this value to above equations

Then the above results become,

Hence, substituting for E4, applying the law of absorption twice,